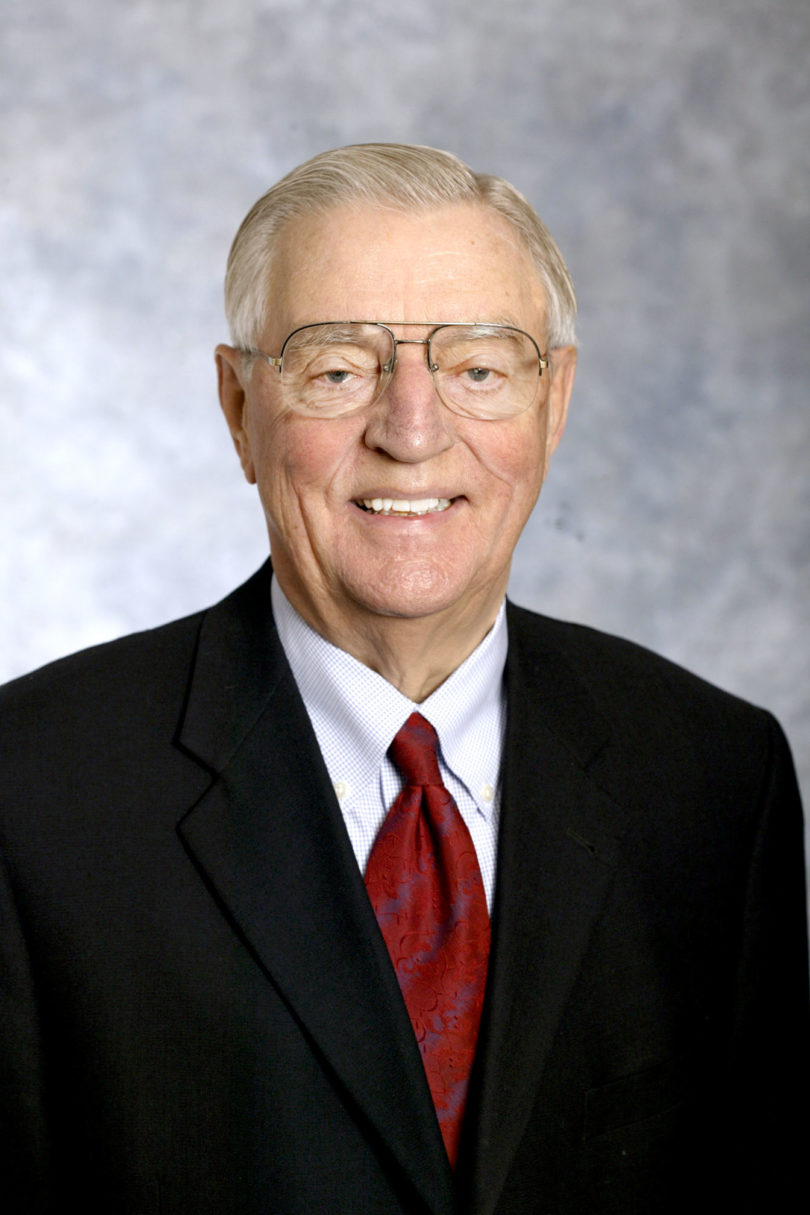 Walter F. “Fritz” Mondale, who was Jimmy Carter’s vice president and the Democratic presidential candidate in 1984, will participate in a major conference examining the Carter presidency at UGA, Jan 19-21.

Mondale, who also served as U.S. ambassador to Japan from 1993-1996, and his wife, Joan Adams Mondale, will be honored at a reception that concludes the first day of the conference on Jan. 19. The conference commemorates the 30th anniversary of ­Carter’s inauguration as the nation’s 39th president.

The conference, “The Carter Presidency: Lessons for the 21st Century,” will offer a critical exploration of the major political challenges and dilemmas of the Carter presidency and how those experiences can be applied to the challenges the U.S. and the world face today. The conference is co-sponsored by UGA’s School of Public and International Affairs and the Carl Vinson Institute of Government.

Carter and Mondale were elected president and vice president of the U.S. on Nov. 2, 1976. On the president’s behalf, Mondale traveled extensively throughout the country and the world advocating U.S. policy.

The responsibilities of the office expanded greatly during his term: he was the first vice president to have an office in the White House and served as a full-time participant, adviser and troubleshooter for the administration. During this period, Joan Mondale served as a national advocate for the arts and was honorary chairman of the Federal Council on the Arts and ­Humanities.

“I am really looking forward to being at the University of Georgia to participate in the 30th anniversary perspective on the Carter presidency,” said Mondale. “There are so many lessons from those exciting years.

“The Carter presidency is now seen for the principled, responsible and forward-looking administration we knew it to be. Joan and I are eagerly anticipating rejoining old friends and colleagues Republican and Democrat alike,” he added.

The former U.S. senator and attorney general for the state of Minnesota, Mondale currently serves on the executive committee of the Peace Prize Forum, an annual conference co-sponsored by the Norwegian Nobel Institute and five Midwestern colleges of Norwegian heritage. Mondale is a director of several nonprofit boards including the United Health Foundation, the Hubert H. Humphrey Institute of Public Affairs Advisory Board, the Mike and Maureen Mansfield Foundation, the dean’s board of visitors of the Medical School at the University of Minnesota and the Panasonic Foundation. Mondale authored the book, The Accountability of Power: Toward a Responsible Presidency, and has written numerous articles on domestic and international issues.

The three-day symposium is attracting leading scholars, Carter administration officials and journalists to the UGA campus to discuss the lessons learned from the Carter years on such issues as energy policy, the Middle East, Islamic fundamentalism, environmental concerns, human rights and mental health.

In addition to academic presentations and panel discussions, it will include a town hall meeting with President and Mrs. Carter and a keynote address by the president. Brian Williams, Emmy and Peabody award-winning anchor and managing editor of NBC Nightly News, will serve as the chief moderator for the conference. ­Michael Beschloss, whom Newsweek calls “the nation’s leading presidential historian,” also will participate.

Registration for the conference is now available online (www.uga.edu/­carterconference/registration.html).