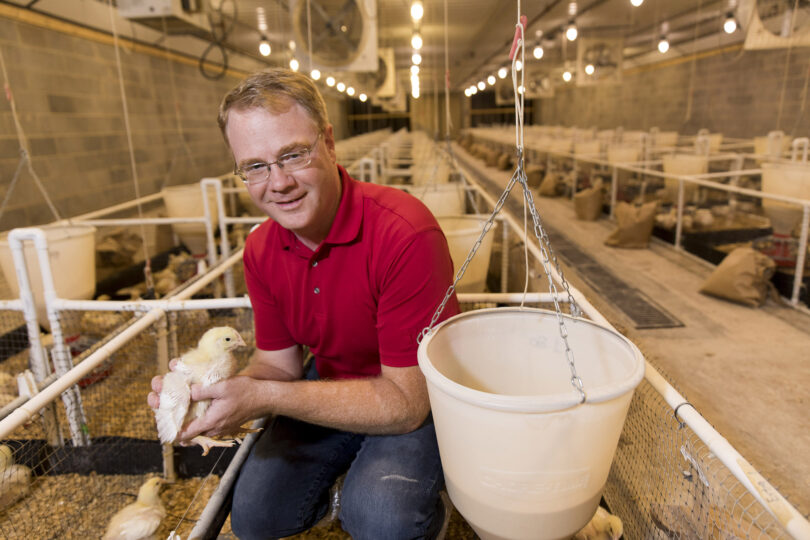 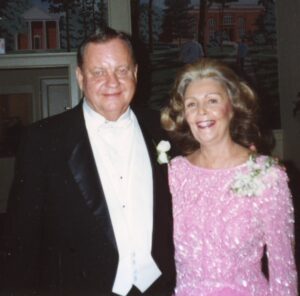 “Endowed professorships and chairs are critical to the University of Georgia’s ability to recruit and retain the very best faculty,” said President Jere W. Morehead. “These generous gifts from the R. Harold and Patsy Harrison Foundation are helping us ensure that the poultry science department at UGA continues to be one of the top poultry science programs in the nation.”

“We are grateful for the partnership of the R. Harold and Patsy Harrison Foundation and their commitment to the Department of Poultry Science. This Harrison Professorship will, over time, become the first Distinguished Chair in the College of Agricultural and Environmental Sciences, which elevates and recognizes the critical work done in the Department of Poultry Science,” said CAES Dean and Director Nick Place. “With this funding, we will be able to immediately fund some of the highest priorities within the department, creating more opportunities for groundbreaking research that propels the poultry industry into the future.”

Built into the multiyear gift are immediately spendable funds that give Applegate flexibility to address critical needs within the poultry science department. The commitment is the department’s second seven-figure gift from the R. Harold and Patsy Harrison Foundation, which pledged $1 million toward the Poultry Science Building campaign in July 2021, the foundation’s first gift to UGA and CAES.

“My father had innate business sense and acumen, but also cared deeply about building relationships with the people he worked with and who worked for him. He and my mother made good investments, both from a business standpoint and in their relationships with people,” Reynolds said. “Our home and the poultry operation were all on the same street, and everyone knew where they could find them if they needed something. They were all about helping their employees and people in the community.”

A noted pioneer in Georgia’s poultry industry, the late R. Harold Harrison earned his bachelor’s degree in agribusiness from CAES in 1941 and incorporated Harrison Poultry in his hometown of Bethlehem, Georgia, in 1958. Harrison was inducted into the Georgia Agricultural Hall of Fame in 2001.

“My brother, Matthew, and I were able to see Ag Hill for the first time at the groundbreaking for the new poultry science building. We’d heard stories about our grandfather walking up the hill while working to put himself through school,” said Graham Harrison Reynolds, R. Harold and Patsy Harrison’s grandson. “My grandfather was the first in his family to receive a college degree and instilled in us hard work, generosity and the value of education. We hope this gift will provide support to bring the best and brightest to poultry science and enable students and faculty to make their mark on the world.”

Inaugural professorship holder Applegate is an internationally renowned expert on mechanisms of nutrient, pathogen and mycotoxin interaction within the gastrointestinal tract to ultimately improve nutrient absorption and retention in poultry. He is a past president of the Poultry Science Association, served on the U.S. Coordinating Animal Nutrition Committee of State Agricultural Experiment Stations, and is past chair of a U.S. Department of Agriculture working group to minimize the impact of animal agriculture on the environment.

The CAES poultry science department has been a major contributor of research and university-trained experts that have led to the exponential growth of the state’s poultry industry for more than five decades.

The department and its faculty are well known for their industry-focused advances, including the evolution of tunnel ventilation in the late 1980s and early 1990s, which revolutionized poultry production efficiency. Current research focuses on poultry health, nutrition, physiology, genetics and molecular biology, environmental management, microbiology and food safety, processing technologies, reproduction and bird well-being.

To make a gift to the Department of Poultry Science, visit the CAES giving page