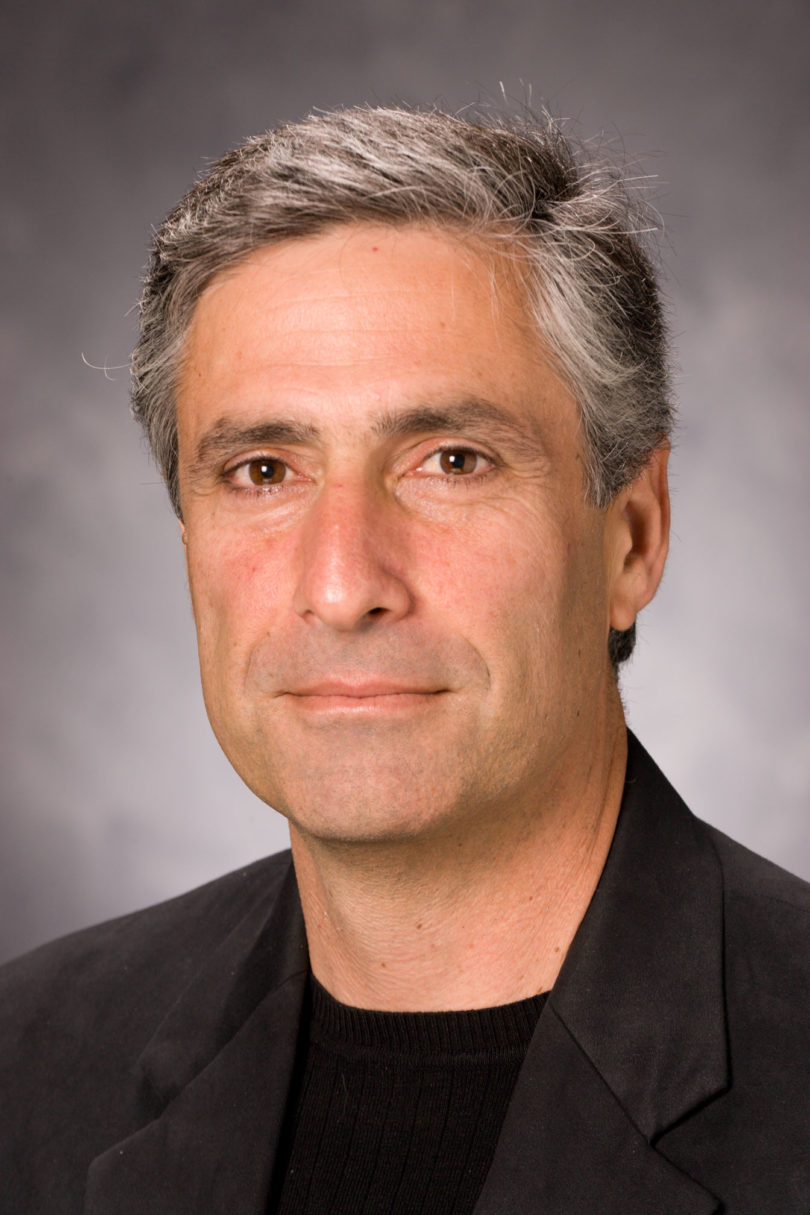 The 2012 Meigs Professors are:
• Jeffrey Berejikian, associate professor and director of graduate studies in the department of international affairs in the School of Public and International Affairs;
• William Finlay, professor and department head in sociology in the Franklin College of Arts and Sciences;
• Jean Martin-Williams, professor of horn in the Hugh Hodgson School of Music in the Franklin College of Arts and Sciences and director of the Lilly Teaching Fellows program at UGA; and,
• James Moore, Distinguished Research Professor in the department of large animal medicine in the College of Veterinary Medicine.

The announcement was made by Jere Morehead, senior vice president for academic affairs and provost, whose office administers the Meigs program. Morehead is himself a Meigs Professor, having received the award in 2001. The professorships are named for the man who in 1801 became the second president-and sole professor-of Georgia’s fledgling state university.

“This year’s Meigs Professors have made significant contributions to undergraduate and graduate instruction at UGA and are very deserving of this recognition,” Morehead said. “I want to thank the administrators, faculty and current and former students who took the time to write letters of support for these candidates, as well as the committee of faculty and students who selected the award winners.”

Jeffrey Berejikian
Berejikian is described by students and colleagues as a dynamic and demanding teacher with a knack for engaging students whether he is delivering a traditional lecture or using more unconventional teaching methods. For one course, he uses a computer-based simulation in which teams of students manage their own countries and make policy decisions. “This allowed us to have as close to a first-hand experience creating grand strategy as one can get without working from the Oval Office,” noted a student who took the course.

Berejikian has served as director of graduate studies for his department since 2004 and was the driving force in establishing a new Masters in International Policy degree. He also works with students in UGA’s Summer Undergraduate Research Program and taught a First-Year Odyssey Seminar.

William Finlay
Finlay joined the sociology department in 1988 and has served as department head since 2002. Known by his colleagues as a dedicated teacher who makes a long-term difference in the lives of his students, he creates an environment where good teaching is valued, according to Linda Renzulli, an associate professor in sociology and one of many faculty in the department to win major teaching awards during his tenure as department head.

In addition to serving as a mentor to other faculty, he has written about teaching and learning and has contributed to the academic climate at the university by serving on academic honesty panels and review boards. Finlay also has been actively involved in study abroad programs for more than two decades and in 2008 initiated a summer study abroad program in his native South Africa that he continues to co-direct.

Jean Martin-Williams
Martin-Williams, principal teacher of horn and chair of the Brass Area in the Hodgson School of Music, came to UGA in 1990 as the first female tenure-track faculty member in woodwinds, brass and percussion. Throughout her teaching career, she has performed as a professional horn player in 14 countries and major venues such as Carnegie Hall. “In modeling that role for her students, she creates an environment for aspiring to excellence,” said Dale Monson, director of the Hodgson School of Music, who nominated her for the award. Through her professional connections, she has engaged major performers to come to campus and interact with students in master classes and performances.

In addition to carrying a heavy teaching load, Martin-Williams has volunteered to lead Franklin College Freshman Seminars, Honors Seminars and, most recently, one of the new First-Year Odyssey seminars, after serving on the committee that developed the proposal for the university-wide FYO initiative. As director of the Lilly Teaching Fellows program, she has helped young faculty develop skills for effective teaching and been a mentor to them, as she is to her students.

James Moore
Moore, an equine surgeon, has taught in the classroom, the teaching hospital of the College of Veterinary Medicine and in the research laboratory over the course of his 30-year career at UGA. He has been involved with students at all levels-from undergraduates gaining research experience in his lab, to DVM students, interns and residents, to post-DVM graduate students he mentors.

Recognizing that students were having difficulty conceptualizing the complexity of equine gastrointestinal disorders, he pursued funding to develop The Glass Horse, a 3-D animation that is now used internationally to teach this subject. With multiple UGA colleagues, he currently is developing computer-animated learning tools for middle school and high school students. “His ability to recognize an obstacle to learning and attack it in a creative way is the hallmark of Dr. Moore’s dedication to learning,” wrote Dean Sheila Allen in her nomination letter.

The Meigs Awards were presented for the first time in 1982 and honored two professors every year through 1988. The awards program was expanded and enhanced in 1989 to recognize up to five faculty annually. The award was changed to a professorship in 2004 to provide continuing recognition for faculty who receive the honor and convey the university’s commitment to classroom instruction and the value placed on the student learning experience.