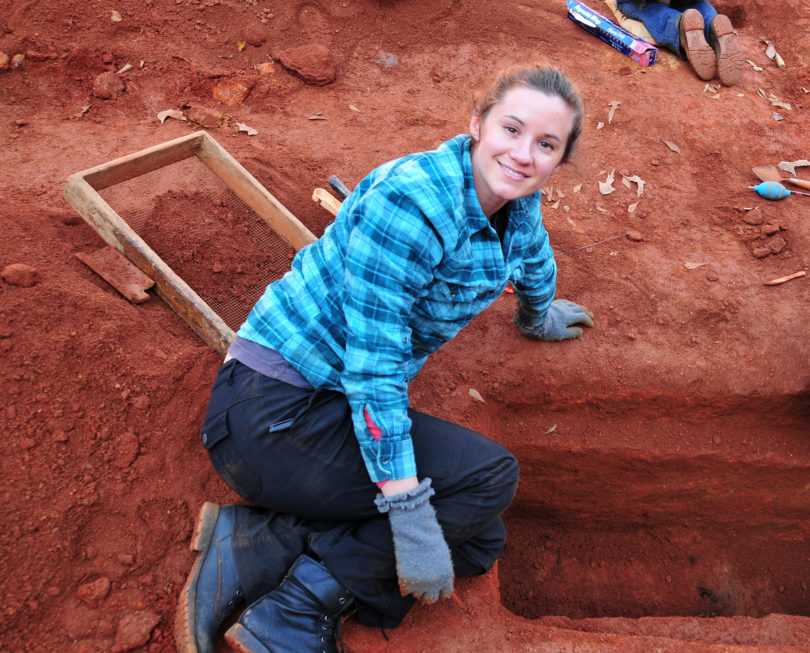 Laurie Reitsema is a bioarchaeologist and assistant professor of anthropology in the UGA Franklin College of Arts and Sciences. She also directs the Bioarchaeology and Biochemistry Laboratory at UGA.

For the past five years, UGA’s Laurie Reitsema has been researching how early childhood living conditions affect individuals’ health outcomes as adults.

As a bioarchaeologist and assistant professor of anthropology in the Franklin College of Arts and Sciences, Reitsema studies human remains as a “record from the past.”

She recently set out to discover whether medieval Italian children’s diets affected their ability to reach adulthood in a study published in the American Journal of Physical Anthropology. She also was curious about whether class influenced what foods people ate. The bottom line, she found, was children who did not have much animal protein and were not breast-fed had a lower chance of survival into adulthood.

“The medieval period was a really interesting time for people’s diets because society was so stratified,” said Reitsema, who directs the Bioarchaeology and Biochemistry Laboratory at UGA. “When it came to a person’s nutrition, there were really sharp divisions in class; there were sharp divisions between the sexes.”

A previous study Reitsema conducted in Trino Vercellese, a small town in Italy’s piedmont region about 30 miles from Turin, investigated the link between status and diet during both childhood and adulthood, finding that the majority of people who lived to adulthood ate roughly the same foods as children and differentiations between diets of different class members really only appeared when looking at low-status adult males.

Trino Vercellese, a location where many studies have been conducted and much is already known about people’s diets and the plants and animals they could have consumed, was a “regular old agrarian village” that typified regular life in the medieval period, Reitsema said. There were clear status differences between church elites and the general populace in Trino, making it an ideal site to analyze class differences in diet.

For Reitsema, these findings raised the question of whether one’s childhood diet ultimately influenced survival to adulthood.

She found that high- and low-status children ate essentially the same diet, with an emphasis on animal-based protein. As the children matured, however, their diets diverged some, with low-status men no longer eating as much protein.

For her new research, Reitsema went back to Trino Vercellese but switched the focus from people who reached adulthood to people who died as children to see if their diets differed as shown by ratios of different isotopes in their teeth and bones.

Different foods have different atomic makeups, and those “signature” makeups are incorporated into people’s own tissues, making it possible to essentially tell what someone’s diet was by what’s present in their bones, she explained. And that is done through studying isotopic levels.

She believed nonsurvivors of childhood would have lower nitrogen isotope ratios, indicating that they ate less animal protein. Her analysis confirmed this suspicion. The role animal protein plays in supporting childhood growth and development is nothing new, but she wondered if this had always been the case. The ability to study human nutrition in the past using isotope ratios enables Reitsema to track how food relationships have evolved and changed.

Giuseppe Vercellotti of Ohio State University and Rosa Boano of the University of Torino, Italy, co-authored the study.