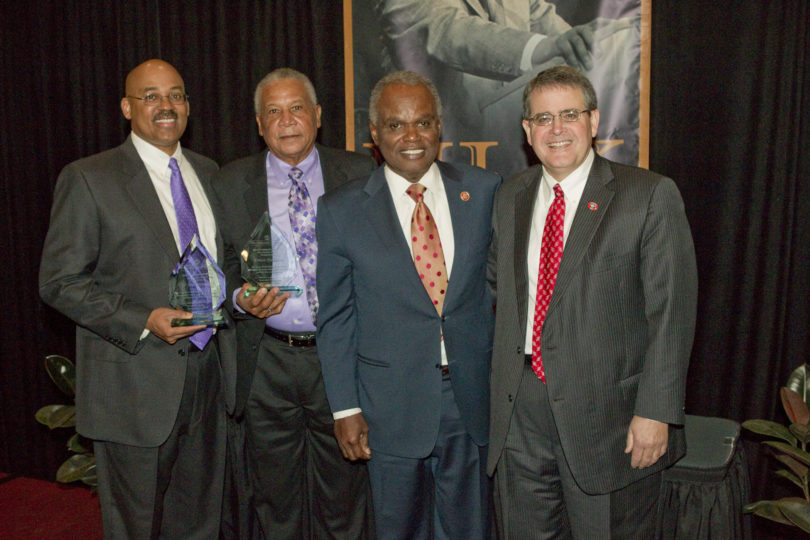 The sold-out event, which was sponsored by UGA, the Athens-Clarke County Unified Government and the Clarke County School District, brought together UGA and Athens community members to commemorate the life of the late civil rights leader. This year’s theme was “The Power of the Dream: Our Unmeasured Strength and Our Unbounded Spirit.”

“This annual event is an important occasion in the UGA and Athens communities, and it serves as a time to recognize contributions made by local citizens and colleagues who are making the place where we live and work such a special one,” said UGA President Jere W. Morehead.”Dr. King understood and treasured the type of community in which we live right here in Athens, a community built around the promise of learning and the power of education.”

“We celebrate and appreciate what each of us brings to the table,” Moreheadsaid. “This is what Dr. King lived, dreamed and died for-different entities, different people, different races and different beliefs working together, not working apart, to improve the quality and equality of life and human experience for everyone.”

U.S. Rep. David Scott, who is currently in his sixth term representing Georgia’s 13th Congressional District, which includes Cobb, Clayton, Douglas, Fayette, Fulton and Henry counties, gave the keynote address to about 600 members of the Athens and UGA communities.

Scott said King was called by God for a “very noble purpose” during the civil rights era.

“That purpose was to do God’s will at a critical time,” he said.

Mark Dawkins, associate dean for academic programs and an associate professor of accounting in the Terry College of Business; Ernest Hardaway, assistant superintendent of human resources for the Clarke County School District; and Dervin Cunningham, a fourth-year biological science major, received the 2014 President’s Fulfilling the Dream Award for their work in the Athens-Clarke County community to make King’s dream of equality and justice a reality.