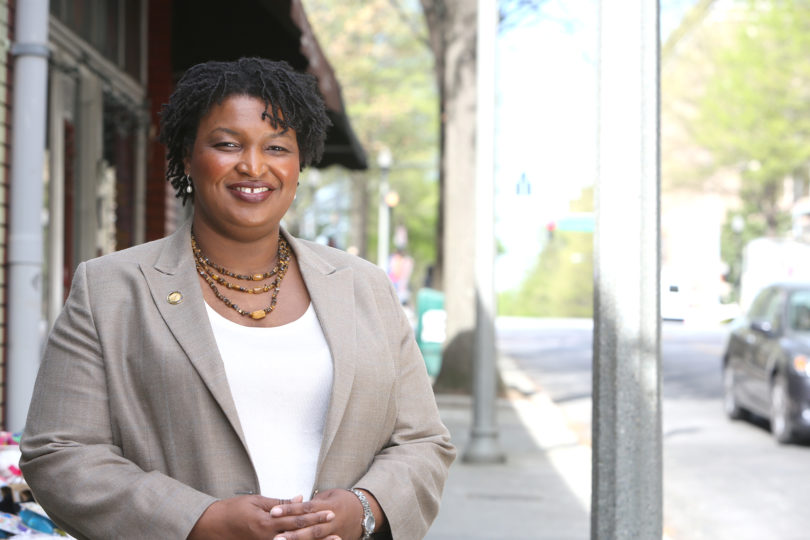 Athens, Ga. – Stacey Y. Abrams, House minority leader for the Georgia General Assembly and state representative for the 89th House District, will give the keynote address for the 13th annual Martin Luther King Jr. Freedom Breakfast Jan. 22 at 7:30 a.m. in the Grand Hall of the Tate Student Center on the University of Georgia campus.

Sponsored by UGA, the Athens-Clarke County Unified Government and the Clarke County School District, the MLK Freedom Breakfast commemorates the life of the late civil rights leader. This year’s theme is “The Power of the Dream: One Step at a Time.”

Abrams is the first woman to lead either party in the Georgia General Assembly and is the first African-American to lead in the House of Representatives. She serves on the Appropriations, Ethics, Judiciary Non-Civil, Rules, and Ways and Means committees.

One of six children, she grew up in Mississippi with working-class parents who taught them the value of public service and civic engagement at a young age. The family moved to Georgia in 1989, when her parents attended Emory University, where they both graduated with Master of Divinity degrees and became United Methodist ministers.

She returned to Atlanta as a tax attorney at the Sutherland law firm, with a focus on tax-exempt organizations, health care and public finance. At the age of 29, she was appointed as the deputy city attorney for Atlanta, where she led the legal and policy analysis for several major economic development, transportation and transit projects and managed a multimillion dollar budget and a team of more than 20 attorneys and paralegals.

She has founded a number of businesses, including an infrastructure consulting firm, a technology company and a beverage company for infants and toddlers. Most recently, she co-founded and serves as senior vice president at NOW Corp., a financial services firm that specializes in providing access to capital for small businesses.

First elected to the Georgia House of Representatives in 2006, she became House minority leader in 2010.

In 2012, Abrams received the John F. Kennedy New Frontier Award, which honors an elected official under 40 whose work demonstrates the impact of elective public service as a way to address public challenges.
She serves on the boards of trustees for Agnes Scott College and Atlanta Metropolitan State College Foundation, the board of directors for the Gateway Center for the Homeless, the Georgia Partnership for Excellence in Education, the UGA Board of Visitors and advisory boards for Literacy Action, Project GRAD and Health Students Taking Action Together. She lives in Atlanta.

Tickets for the MLK Freedom Breakfast are $20 and $160 for tables of eight. Tickets will not be sold the day of the event. To order tickets, see https://ugeorgia.qualtrics.com/jfe/form/SV_cxaQA1F97Mi5FLD.