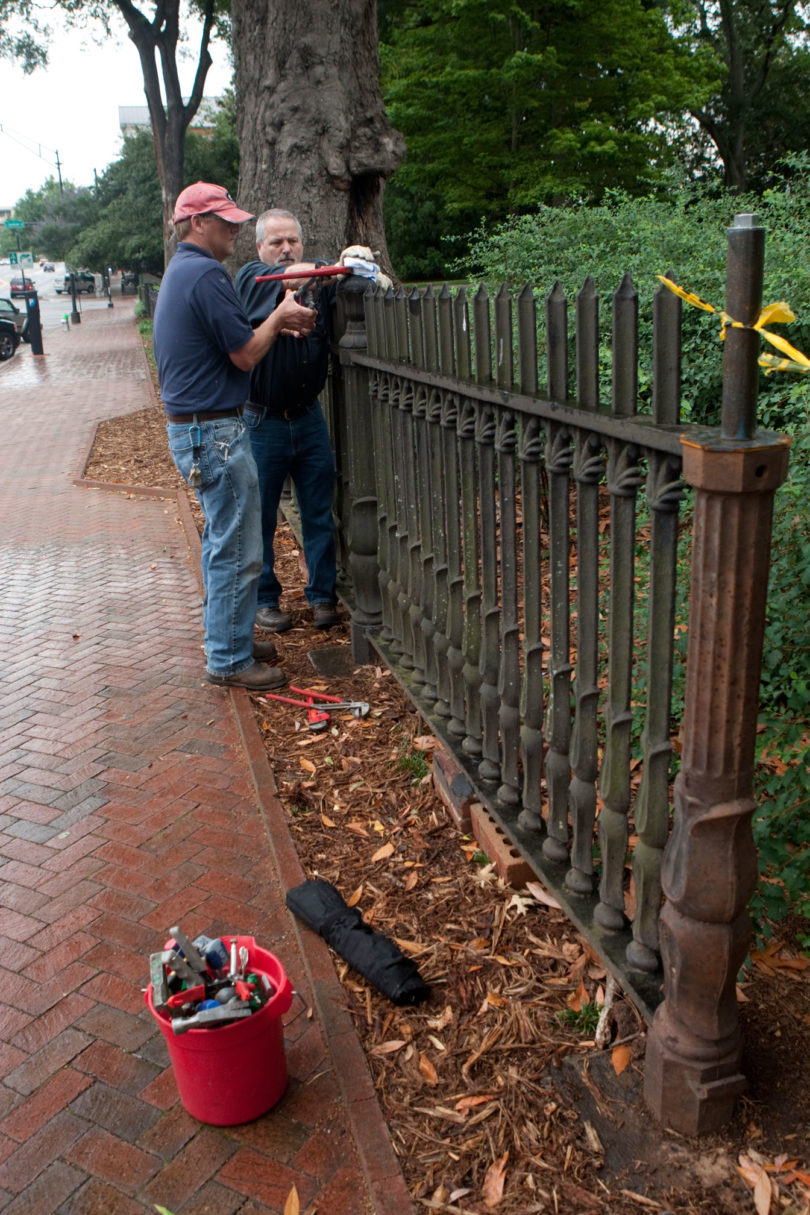 The iconic black iron fence that runs along North Campus is having some work done on it this summer.

“The fence is long overdue for cleaning and preservation,” said Janine Duncan, a campus planning coordinator in the grounds department.

Sections of the fence will be removed, except the three sections that have grown into the 134-year-old water oak. Old paint will then be removed and the fence will be cleaned with garnet dust, as sandblasting is too corrosive. After a coat of primer,  workers from the UGA Paint Shop will spray the fence with the same topcoat as is on the Arch. It’s a durable, breathable paint suitable for metal.

“Ideally we won’t have to worry about touch-ups for at least 10 years,” Duncan said.

The project also includes some landscape work near the fence. Members of different grounds department crews will clean up the area and help to set a new brick sidewalk border.

The fence dates back to the 1830s or 1840s when a wood fence was installed along Broad, Lumpkin and Jackson streets to keep cows, chickens and pigs from wandering onto campus. The cast iron fence along Broad Street was put up in 1857, shortly before the Arch. Over the years, weathering, corroded interior supports, buried footings, and less than ideal paint and repairs have damaged the cast iron. “People taking souvenirs home over the years also have taken a toll,” Duncan said.

“The fence, like the Arch, is a beloved icon and an invaluable part of North Campus’ historic fabric,” said Duncan. “It literally frames the university’s front yard; it’s part of our ‘curb appeal.’ ”