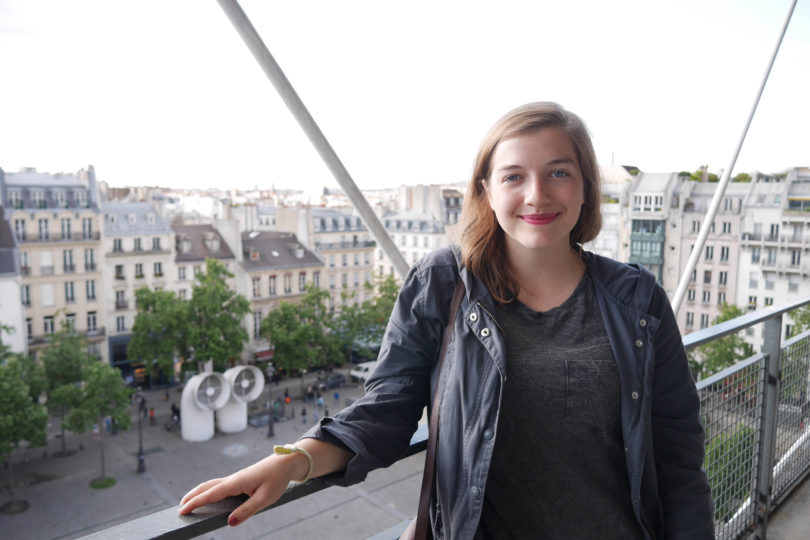 Eighteen accepted the offer, but with the closure of Turkey’s program at the end of July, only 15 were able to participate. Of the group, five will be teaching English, nine received academic research grants and one received a creative research grant to focus on playwriting in Canada. Seven are graduates of the UGA Honors Program.

Sponsored by the U.S. Department of State, the Fulbright U.S. Student Program offers research, study and teaching opportunities to graduate students and recent college graduates in an effort to further mutual understanding between the people of the U.S. and other countries. The program awards approximately 1,900 grants annually in all fields of study in over 140 countries.

“To have Fulbrights offered to 19 UGA students and recent alumni is certainly testament to the caliber of our institution,” said Maria de Rocher, assistant director of the Honors Program and chair of the Fulbright selection committee at UGA. “We work with most of the applicants individually, helping them through the process. Their commitment to serving as cultural ambassadors and increasing understanding of the wider world was abundantly clear.”

The 10 students who received academic or creative research grants are listed below.
• June Brawner of Austell is conducting research in Hungary that focuses on its wines. A Ph.D. candidate in anthropology, she studies the role geography and origin play in food production.
• Franziska Brunner of Maysville, a Ph.D. student in musicology, traveled to Austria to research and lecture on the vocal music of Arnold Schoenberg, a 20th-century composer who, among other things, specialized in a vocal technique known as Sprechgesang, or speech-song.
• Rebecca Carter of Athens, who graduated in 2014 with a bachelor’s degree in anthropology, is researching the impact of race and religion on the perspectives of disability at the University of Leeds in the United Kingdom.
• Walker DePuy of Alexandria, Virginia, a Ph.D. candidate in anthropology who studies indigenous community involvement in sustainable conservation and development efforts, is researching rights-based conservation in an emerging forest carbon project in the Berau District of East Kalimantan, Indonesia.
• Elizabeth Guinessey of Delray Beach, Florida, a Ph.D. student in conservation and ecology, is conducting research in Costa Rica on a community-based reforestation program centered on a community that relies on its mangrove habitat for sustenance.
• I.B. Hopkins of Gainesville, who graduated in 2015 with bachelor’s degrees in theatre and English, is creating a full-length play while in Ontario, Canada, based on his research into the 2006 land dispute protest by the Six Nations of the Grand River.
• Lorien Jordan of Atlanta is studying indigenous and decolonizing psychology in Wellington, New Zealand. The Ph.D. student in marriage and family therapy is also volunteering at the Family Centre, which focuses on family therapy, social policy research and community development.
• Alice Naghshineh of Marietta graduated this summer with bachelor’s degrees in mathematics, Arabic and economics. She is analyzing branchless banking methods in Tajikistan to determine its potential for providing products and services to the underbanked and unbanked.
• Hannah Reiss of Decatur, who graduated in May with bachelor’s degrees in biology and anthropology, is studying Hindi in Jaipur, India, for three months and then moving to Mumbai to work on a project evaluating the impact of a prenatal mobile health initiative.
• Christina Varian of Concord, California, a Ph.D. candidate studying pathology in the College of Veterinary Medicine, is researching the ecology of the infectious, vector-borne Chagas disease in Panama.

The five students who received English teaching assistantships are listed below.
• Kimberly Buice of Clarkesville is working at the Teacher Training College in Savannakhet, Laos. She received her bachelor’s degree in English education from UGA in May.
• Sam Hine of Marietta is teaching English classes in Madrid, along with possible courses in social studies and physical education. A 2014 UGA graduate, he received a bachelor’s degree in English.
• Sydney Laseter of Atlanta is part of a new program at Slobodan Skerovic High School in Podgorica, Montenegro, that provides various classes to students in English. She received bachelor’s degrees in history and social studies education from UGA in May.
• Julianne O’Connell of Roswell is teaching English to 10th- and 11th-graders at SMAN 3 Kupang, a public high school in Kupang, Indonesia, and is assisting with their English and debate clubs. A 2013 UGA graduate, she received bachelor’s degrees in linguistics and German.
• Leighton Rowell of Sandy Springs is collaborating with a university professor in Brazil to teach language classes for students training to become English teachers. She graduated from UGA in May with bachelor’s degrees in history and Romance languages.