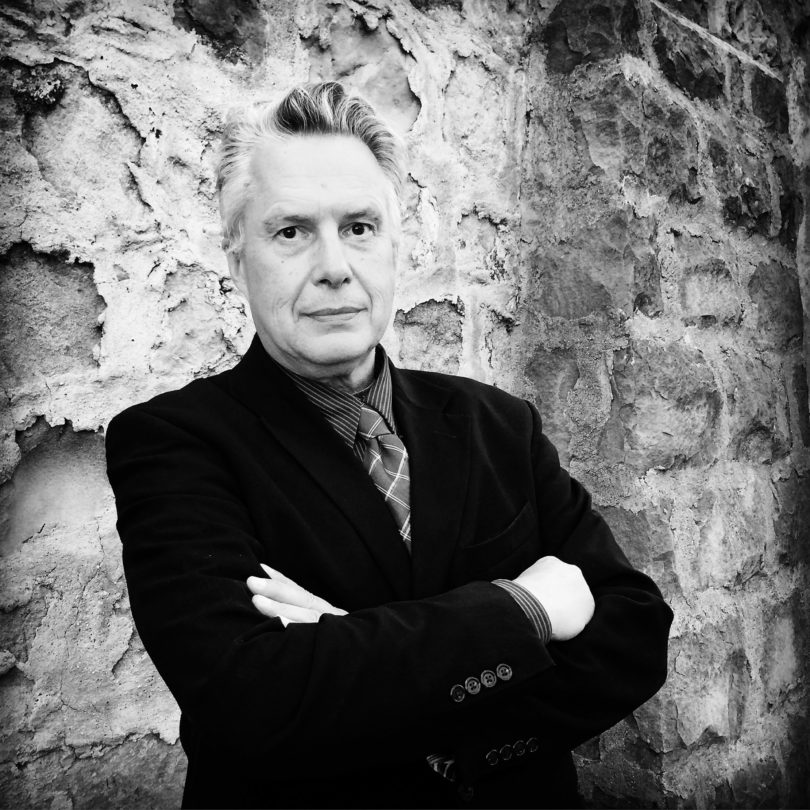 James Brooks is an interdisciplinary scholar of the indigenous and Colonial past.

The University of Georgia welcomes renowned historian and anthropologist James F. Brooks as the inaugural holder of the Carl and Sally Gable Distinguished Chair in Southern Colonial American History.

An innovative scholar and teacher, Brooks is author of the prize-winning book Captives and Cousins: Slavery, Kinship and Community in the Southwestern Borderlands, which garnered seven major prizes including the Bancroft, Parkman and Turner prizes. The book frames a pivotal episode in North American history and connects the experiences of the continent’s indigenous peoples and the descendants of those who arrived after 1492.

An interdisciplinary scholar of the indigenous and Colonial past, Brooks has taught at the University of Maryland, UC Santa Barbara and UC Berkeley and enjoyed research fellowships at the Institute for Advanced Study in Princeton, Vanderbilt University’s Robert Penn Warren Center for the Humanities and the School for Advanced Research, a leading center for study in the social sciences and indigenous arts in Santa Fe, New Mexico.

As the inaugural Gable Chair, Brooks brings a deep commitment to comparative scholarship on slavery and public history to the UGA Franklin College of Arts and Sciences department of history. His visionary new work on the migration of the “Georgia Colony” to Colorado encourages the concept that historians not be constrained by the limits of regions whose borders were always imaginary. Brooks serves as editor of The Public Historian, the flagship journal of the public history discipline. He arrived at UGA in fall semester 2019 from UC Santa Barbara.

“I am honored and thrilled that UGA selected me as the inaugural Gable Chair, for this allows me to pursue an expansive view of the ‘Greater South,’ which stretches across the continent from the Atlantic to Pacific shores and spans the paleolithic to the present,” Brooks said.

He is working with the University of Georgia Press on a series of richly illustrated books for public readers that feature themes of hunting, fishing, arts and foodways so that readers can appreciate the richness, diversity and continuity of regional life across the millennia. Brooks is also writing a new work of history and memoir, Picketwire, which reaches from the Cherokee town of Great Tellico in the early 18th century to Dahlonega and the floodplain of the Etowah to the canyons and mountains of Colorado in the 20th century.

“I hope that my diverse career and pursuits will mirror the wide range of passions that Carl and Sally Gable embody,” Brooks said.

Highly accomplished students of history, Carl and Sally Gable are pillars in Atlanta cultural life with an abiding commitment to community and to higher education. After an early career in securities law and corporate mergers and acquisitions, Carl Gable served as president of Interface, Inc., a worldwide leader in the manufacturing of modular carpeting, and as vice chairman of Intermet Corp., the largest independent producer of ductile iron casting for automobiles and industrial products, playing a key role in the international growth of both companies.

Sally Gable performed as a singer in the Atlanta Symphony Chorus under the direction of the legendary Robert Shaw and earned her Master of Music degree in sacred music at Georgia State University.  She then joined the staff of Northwest Presbyterian Church as director of music for five years.

The couple met as undergraduate classmates at Harvard/Radcliffe colleges.

“We have always been interested in Southern colonial history,” Sally Gable said. “Carl convinced me early in our 55-year marriage that the second half of the Revolutionary War, from 1780 on, was fought in the South, not in New England, which came as a big shock to me as a native of New Hampshire. I’ve since learned that the first attempts by England, France and Spain to settle in the present-day United States were all made in the South.”

In 1989, after two years of study and consideration, they acquired Villa Cornaro, a villa near Venice, Italy, designed in 1551 by the celebrated Renaissance architect Andrea Palladio.  They made Villa Cornaro their home for parts of each year and the villa’s worldwide reputation grew during its years under their ownership and care, underscored by Alfred A. Knopf’s publication in 2005 of Palladian Days:  Finding a New Life in a Venetian Country House, the Gables’ book describing their Italian experiences.

As the focus of the professorial chair endowed by the Gables, Southern Colonial American history suggests a general area of interest comprising a time frame running roughly from the first settlements through the end of the Monroe administration in 1825.

“We believe that much more remains to be examined in the colonial period in order to better understand the American South today,” Carl Gable said. “In service of that belief, we want to provide financial support for in-depth scholarly inquiry concerning the important role and contributions of the South in the development of the nation.”

“Dr. Brooks’ idea of studying the South from sea to sea offers us a view of a Greater South that simultaneously embodies ‘many Souths’ within it. He is opening up exciting new vistas to our undergraduates, grad students, and faculty,” said Jamie Kreiner, head of the UGA department of history.

Sally and Carl Gable are leading supporters of cultural organizations in Georgia and the Southeast, particularly in music, education and architectural history. In 1986 they founded Atlanta Opera Endowment, Inc., funding the Carl and Sally Gable Music Director Chair of Atlanta Opera, Inc. In 2015 they endowed the Sally and Carl Gable Principal Harp Chair with the Atlanta Symphony.

“The reputation and standing of the history department made UGA the obvious choice for this undertaking,” the couple said. “We’re delighted that the inaugural professor for the Gable Chair will be James Brooks and optimistic that his scholarship will continue to lead to a deeper understanding of the role of the early South in the history of the United States.”