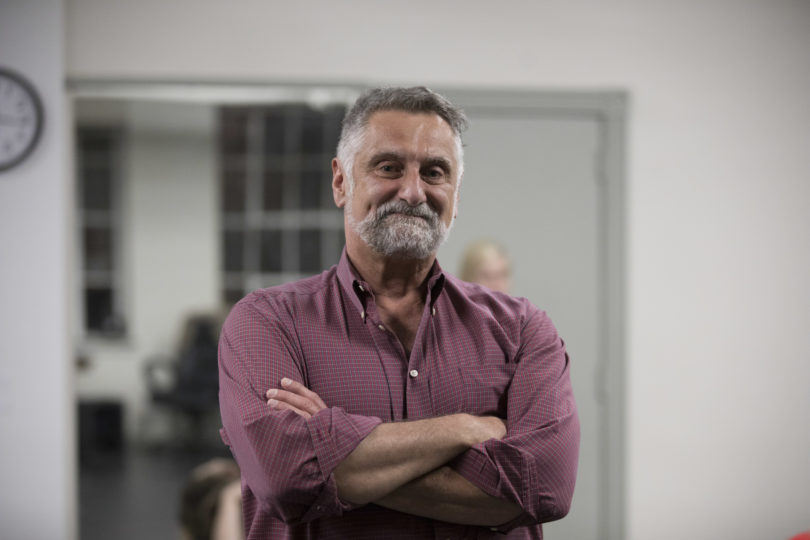 George Contini, a professor of theatre and film studies in the Franklin College of Arts and Sciences, was named a 2019 Josiah Meigs Teaching Professor.

A creative inspiration to the students engaged in performance at all levels, George Contini exemplifies the scholarship of artistic training and the pursuit of excellence that sends so many on to professional careers on stage and screen.

“Whether I am working with undergrads on fundamental technique or graduates on advanced theory, I consider each student encounter a creative collaboration,” Contini said. “Blending theory into practice, I strive to be a model of the scholar/artist who engages in applied artistic research by building upon traditional performance history and techniques.

“As often as possible, I seek to involve students with my creative research as collaborators,” he added. “Throughout our shared experience, they also are learning the art of forming a detailed process, documentation and allowing for clear moments of reflection, adjustment and growth.”

He involves students in a range of applied artistic research: using archives to create original plays, developing performances based on personal narratives from marginalized communities, developing characters through historical and embodied research, community-based international collaborations and the reimagining of canonical dramatic work.

Contini enlists his specializations in acting, directing and writing in pursuit of meeting the production, academic and personal goals of burgeoning theater and film artists.

He introduces more esoteric aspects of theater and performance in ways that make them easily understandable. He created “Queer Theatre and Film,” the extremely popular split-level undergraduate/graduate course that  regularly attracts many students from other disciplines such as psychology, women’s studies, journalism and sociology.

Since 2003, Contini has served as director of the London Study Abroad Program. The program has expanded to include programming that provides students with internships at theatrical and production companies in London. He also serves as head of acting in the theatre and film studies department.

Robert Moser, associate professor of Portuguese and director of the Portuguese Flagship Program, worked with Contini as a translator and collaborator on two interdisciplinary projects.

“Contini brings the kind of fearless creativity necessary to overcome formalities and immediately engage his students on a level that was both intellectually and critically challenging, as well as deeply committed to the craft of acting and theater productions,” Moser said.