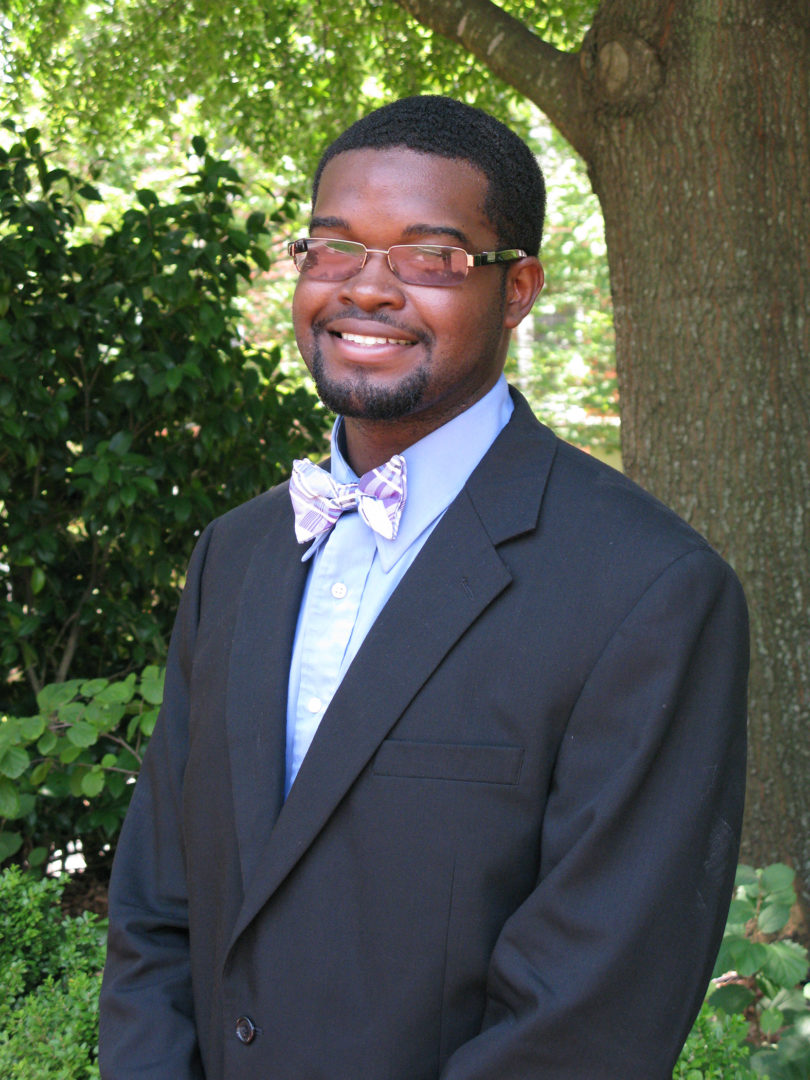 Washington, D.C. – Lawrence Harris, a college adviser at Clarke Central High School in Athens and a member of the Georgia College Advising Corps, a program sponsored by the University of Georgia’s Institute of Higher Education and part of the national College Advising Corps, was recognized by President Barack Obama at the White House summit on expanding college access held on Jan. 16.

“Lawrence went to the University of Georgia, and like a lot of first-generation college students it wasn’t easy for him,” Obama said. “He had to take remedial classes. He had to work two part-time jobs to make ends meet. At one point, he had to leave school for a year while he helped support his mom and his baby brother. Those are the kinds of just day-to-day challenges that a lot of these young people with enormous talent are having to overcome. Now, he stuck with it. He graduated.

“But now he’s giving back. He’s made it his mission to help other young people like him graduate, as a college advisor at Clarke Central High School in Athens, Georgia. And today the National College Advising Corps, the program that placed Lawrence in Clarke Central, is announcing plans to add 129 more advisors who will serve more than 80,000 students over the next three years.”

Along with College Advising Corps Founder and C.E.O. Nicole Hurd, Harris gathered with Obama, First Lady Michelle Obama, and a number of college presidents to discuss how the program increases access and success for first generation, low-income and underrepresented students.

“Lawrence wakes up every day and tells kids ‘I was low income. I was first generation. I’m underrepresented. And if I can do it, you can do it, too,” Hurd said during a panel discussion at the summit. “And he’s moving the needle in ways that just blow my mind.”

The program, which was established in Georgia in 2008, has a track record of success. Schools served by the program see an 8-12 percent increase in college-going rates, and Advising Corps partner high schools see an average increase of $1 million in additional scholarships per school for their college-going students.

“Due to this White House call to action, the Advising Corps will grow 34 percent in 2014-15,” Hurd said. “We will have over 500 advisers and partner with 23 universities.”

By helping young people enroll in post-secondary education, the Georgia College Advising Corps opens the door to life-changing opportunities for individuals and helps the state remain economically competitive” Morris said. “I am delighted that Lawrence has been recognized for his outstanding work and that the College Advising Corps has been noted by the White House as a national model of excellence.”

Yarbrah Peeples, program director for the Georgia College Advising Corps echoed Morris’ statement and added, “It has been such an exciting day to hear about Lawrence being recognized and to see the opportunities for the program to expand nationally and here in Georgia so that more students can have the opportunity to learn from people like Lawrence.”

The Georgia College Advising Corps is a public service and outreach function of the UGA Institute of Higher Education. The innovative near-peer college advising program was founded in 2008 with support from the Watson-Brown Foundation. Modeled after AmeriCorps and coordinated by the National College Advising Corps, the GCAC places recent college graduates in selected urban and rural high schools throughout Georgia.

For a full transcript, see: http://www.whitehouse.gov/the-press-office/2014/01/16/remarks-president-and-first-lady-college-opportunity-summit.