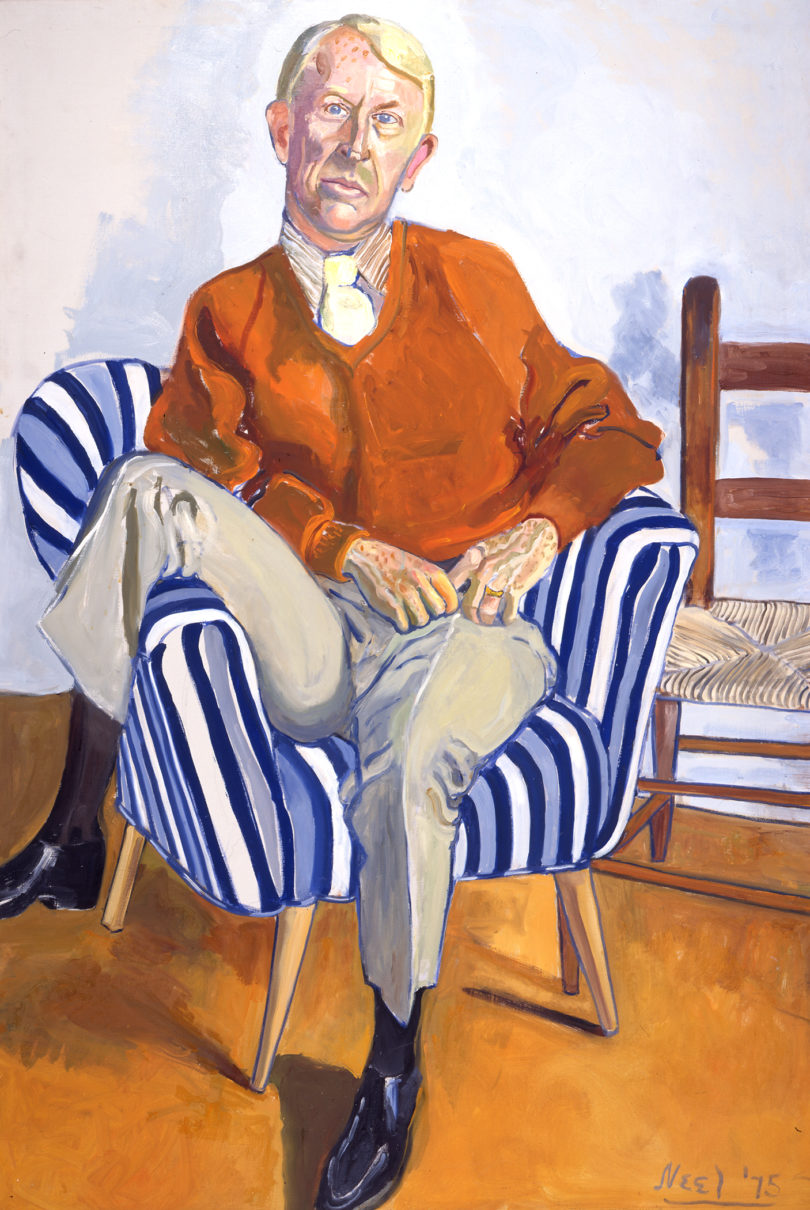 Alice Neel's "Portrait of William D. Paul Jr" is part of the exhibition "Shapes That Talk to Me: The Athens Scene

Athens, Ga. – The Georgia Museum of Art at the University of Georgia will celebrate the Athens art and music scene as part of Art Rocks Athens with the exhibition “Shapes That Talk to Me: The Athens Scene, 1975-85” on display May 24-Oct. 19.

“Shapes That Talk to Me” will be installed within the museum’s permanent collection galleries and will highlight artists who helped shape the local culture and mark Athens’ international significance.

It will include work by about a dozen artists, including Art Rosenbaum, Jack Kehoe, James Herbert, Richard Olsen, Judith McWillie and Robert Croker, all of whom taught at UGA’s Lamar Dodd School of Art, as well as Elaine de Kooning and Alice Neel, who served as visiting professors there.

This exhibition is in conjunction with Art Rocks Athens, a city-wide festival organized by a nonprofit foundation dedicated to exploring and documenting the work of artists living and creating art in the city’s thriving art scene between 1975 and 1985.

“So many of us moved to Athens, as I did in the early 1990s, because of what people in this time period did,” said Lynn Boland, one of the curators of the exhibition. “The creative freedom in the art school helped launch the music scene, which made Athens what it was and is today.”

“As an art student during that period, I was one of many who were dazzled by their first exposure to real art and artists right here,” said Betty Alice Fowler, grants writer at the museum and co-curator of the exhibition. “We were on top of the world.”

Events related to the exhibition scheduled to be held at the museum include 90 Carlton: Summer on June 13 at 5:30 p.m. ($5, free for members of the Friends of the Georgia Museum of Art) and Museum Mix, a late-night art party at which Michael Lachowski, public relations coordinator for the museum and a member of seminal Athens band Pylon, will DJ on July 24 beginning at 8 p.m.

Exhibitions and events will be held around Athens in conjunction with Art Rocks Athens. “ARTifacts Rock Athens: Relics from the Athens Music Scene, 1975-1985” will be on display UGA’s Richard B. Russell Building Special Collections Libraries until December. “Between Rock and an Art Place,” organized by Croker, will be on view at the Lamar Dodd School of Art May 23 to July 19. The Lyndon House Arts Center will host “Paper Covers Rock: Graphic Arts and the Athens Music Scene ’75-’85” starting May 25. Live music events are planned as well. More information on the larger project is available at artrocksathens.com.