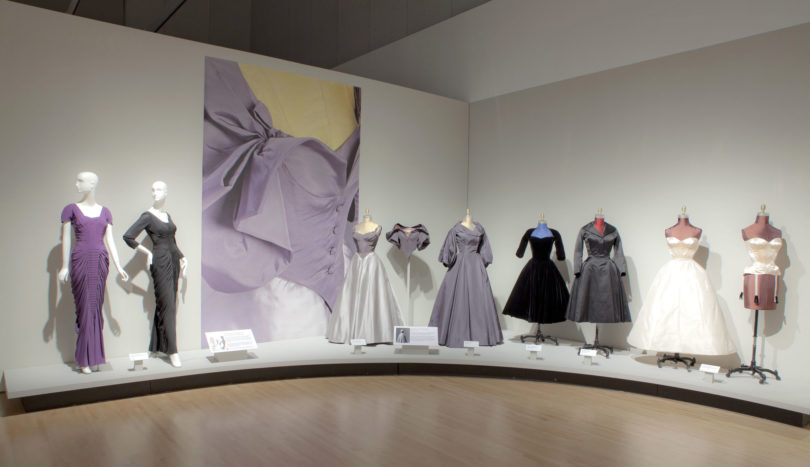 Athens, Ga. – The Friends of the Georgia Museum of Art at the University of Georgia will host the museum’s quarterly open house, “90 Carlton: Summer,” on June 13, from 6-9 p.m.

The event will include live music, food provided by home.made catering and King of Pops. At an art workshop, attendees can design and create scarves and other fashion accessories. Throughout the evening there will be museum tours and gallery talks with curators, including a 7 p.m. tour of “Fashion Independent: The Original Style of Ann Bonfoey Taylor,” by Dennita Sewell, curator of fashion design at Phoenix Art Museum. The event is free and open to the public.

“Fashion Independent: The Original Style of Ann Bonfoey Taylor,” organized by the Phoenix Art Museum, showcases the custom-made wardrobe of day an d evening wear that Taylor assembled from the post-World War II era through the 1970s. It includes approximately 200 pieces designed by some of the most accomplished couturiers of the 20th century. The collection also features large-scale photographs by fashion photographer Toni Frissell and a short documentary film by David Boatman.

“Cityscapes by Ben Aronson” presents 18 works by American figurative painter Ben Aronson (b. 1958) that depict both architectural and pedestrian scenes. Aronson, who will be present at the event, captures fleeting moments and personal memories in his depiction of city life.

“Face Jugs: Art and Ritual in 19th-Century South Carolina,” organized by Claudia Mooney, assistant curator at the Chipstone Foundation, and the Milwaukee Art Museum, celebrates the African-American vessels and their aesthetic power while discussing their cultural meanings within a community of Americans that lived under challenging circumstances. The exhibition features 23 rare face vessels.

“Deaccessioning Bernard Smol” features five paintings by the French artist Bernard Smol (1897-1969) that are currently in the museum’s collection. Due to limited storage space and evolving collecting philosophy, the museum staff has decided to “deaccession,” or remove from its collection, all but one of the works. Visitors will be able to vote on which one they would like the museum to keep, and curatorial staff will take those votes into consideration.

Museum Information
Partial support for the exhibition and programs at the Georgia Museum of Art is provided by the Georgia Council for the Arts through appropriations of the Georgia General Assembly. The council is a partner agency of the National Endowment for the Arts. Individuals, foundations and corporations provide additional museum support through their gifts to the University of Georgia Foundation. The Georgia Museum of Art is located in the Performing and Visual Art Complex on the East Campus of the University of Georgia. The address is 90 Carlton St., University of Georgia, Athens, Ga. 30602-6719. For more information, including hours, see http://www.georgiamuseum.org or call 706-542-GMOA (4662).