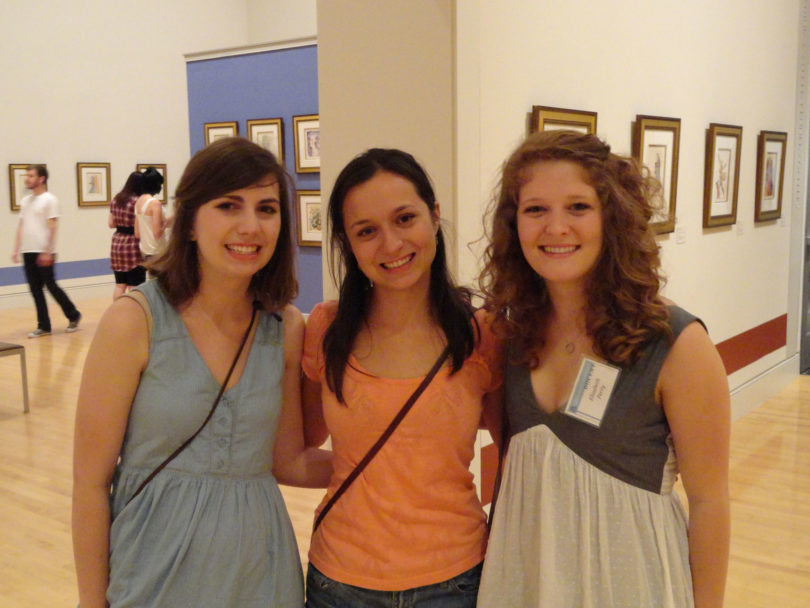 Athens, Ga. – The University of Georgia Student Association of the Georgia Museum of Art will host a 1940s and 1950s-themed evening of activities in celebration of the exhibitions “Pattern and Palette in Print: Gentry Magazine and a New Generation of Trendsetters” and “To Make a World: George Ault and 1940s America” on April 5 from 8-10:30 p.m.

The 1945 film noir classic “Mildred Pierce,” starring Jack Carson and Joan Crawford, will be screened outdoors at 8:15 p.m. in the Jane and Harry Willson Sculpture Garden.

“Film noir” is a cinematic term that describes Hollywood crime dramas from the early 1940s to the late 1950s. The film’s dramatic visual style tells the story of Mildred Pierce after her divorce from a cheating husband. Her journey toward becoming a more independent woman exemplifies the sexual attitudes and motivations associated with this era. The exhibition “To Make a World” features production design sketches for the film.

The evening also will include crafts and a scavenger hunt at 8:30 p.m. Winners will receive prizes. A 1940s and 1950s-themed photo booth will include props, such as tweed jackets. Popcorn and desserts will be served in the M. Smith Griffith Grand Hall.

“Pattern and Palette in Print,” which is on view in the Dorothy Alexander Roush and Martha Thompson Dinos Galleries, consists of 22 Gentry magazine covers and pattern designs by undergraduate fabric design students at UGA’s Lamar Dodd School of Art. A small selection of period menswear, gift items for women frequently advertised in magazines, objects from the Color Association of the U.S. and interior pages of both Gentry and American Fabrics magazines also are on display to illustrate the students’ sources of inspiration as well as period color trends.

The museum’s permanent collection and other traveling exhibitions also will be open to visitors during the evening. The event is sponsored by Todd Emily, and is free and open to all students. Call 706/542-GMOA (4662) for more information.