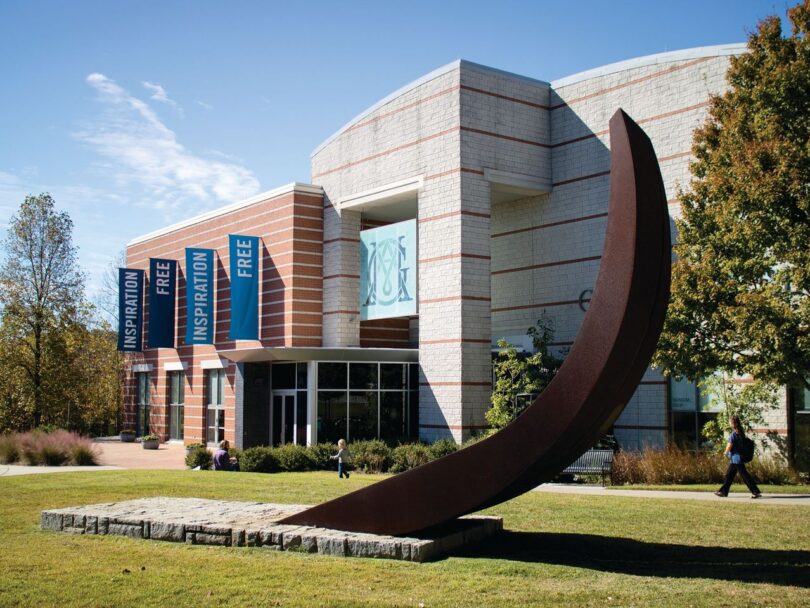 Donated by the W. Newton Morris Charitable Foundation, the fund will support exhibitions, publications and programming

In late 2021, the Georgia Museum of Art at the University of Georgia received a gift of $4.7 million from the W. Newton Morris Charitable Foundation. The gift will add to an existing fund established in 2000 to support the museum.

The museum’s relationship with the W. Newton Morris Charitable Foundation dates back to 1999, when it was created upon Willis Newton Morris’ death. This recent gift is an expression of confidence in everything the museum has achieved in the past 23 years and in its fiscal responsibility.

William U. Eiland, the museum’s director, knew Morris well. He tells a story about having lunch with Morris in Atlanta, at a restaurant well known for Key lime pie. While waiting on the valet, Eiland says he leaned down to pick up a penny. Morris told him later that if he hadn’t done so, the museum “wouldn’t have gotten a dime.”

“Generations of students and audiences will be beholden to Newton for his practical, good sense when it came to his finances,” said Eiland. “These funds from his charitable foundation mean we can reach new heights for programming in service to teaching and research. As he told me during our discussion of plans for his gift—and I continue to keep it in mind—‘Do good for people with this money.’” 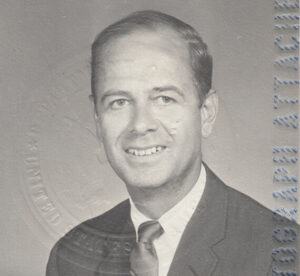 Newton Morris, seen here in a 1969 passport photo, honed his appreciation for art by traveling the world.

Morris always wanted his funds to support exhibitions, acquisitions, publications and projects in American, European, Asian, Islamic and traditional American folk art. Over the past two decades, the W. Newton Morris Charitable Foundation has supported exactly those endeavors at the museum, helping make many exhibitions and their associated programming a reality.

Award-winning publications from the museum have also benefited from the foundation’s regular giving, including 2021’s “Emma Amos: Color Odyssey” and “Extra Ordinary: Magic, Mystery and Imagination in American Realism,” which won awards from the Georgia Association of Museums, Southeastern College Art Conference and Southeastern Museums Conference.

Morris was able to travel the world and see exhibitions in the best museums abroad, but it was important to him to provide UGA students with those same opportunities at their own university. His legacy should allow the museum to do exactly that.

Born in Dublin, Georgia, Morris attended but did not graduate from the University of Georgia. He remembered it fondly, however, and began having conversations with UGA development officers as early as 1984. His first gift to the museum, in 1995, totaled $1,000. By 2022, the W. Newton Morris Charitable Foundation had been recognized for more than $9 million in total gifts to the University of Georgia, showing how seeds planted early can flourish over time.

Morris founded the Morris State Bank of Dublin with his father and served as its vice president. He owned and operated radio station WMLT and had numerous other business interests in Dublin and Laurens County, Georgia, including a bus service. He had homes in Charleston, South Carolina; Atlanta, Georgia; and Highlands, North Carolina, which he decorated with fine period furniture and decorative arts. Morris served on the museum’s Board of Advisors from 1994 to 1998, supporting numerous special exhibitions, including “Masterpieces of Renaissance and Baroque Sculpture From the Palazzo Venezia, Rome,” in conjunction with the Olympic Games in 1996.