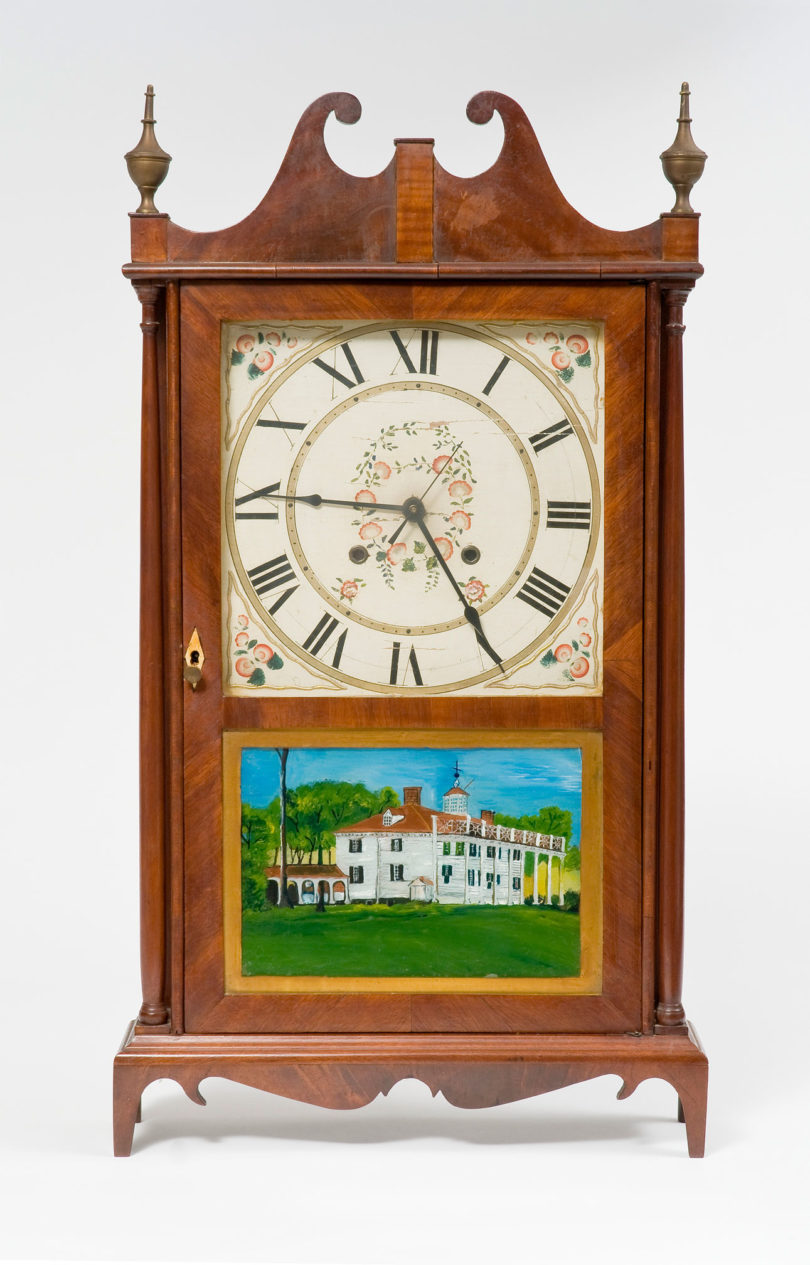 Athens, Ga. – The Georgia Association of Museums and Galleries honored the Georgia Museum of Art at the University of Georgia with two awards associated with its members and exhibitions. “Georgia Bellflowers: The Furniture of Henry Eugene Thomas” received the award for museum exhibition of the year. Carl Mullis III received the Patron of the Year Award for his continued support of the museum. The awards were announced at association’s annual conference, held Jan. 23-25 at the GMOA.

This is the third award for “Georgia Bellflowers: The Furniture of Henry Eugene Thomas,” which was displayed at the GMOA January through April 2012. The exhibition was recognized by the Athens-Clarke Heritage Foundation as an outstanding publication or program in June and received a certificate of excellence from the Southeastern Museums Conference this past November.

The exhibition featured 20 pieces of furniture made by Thomas (1883-1965), an Athens-based furniture maker who focused on distinctly regional Colonial Revival furniture and helped create collections of antique Piedmont furniture. “Georgia Bellflowers” presented the first scholarship on Thomas. Guest curator Ashley Callahan, former curator of the Henry D. Green Center for the Study of the Decorative Arts at GMOA, organized the show, with the assistance of in-house curator Annelies Mondi, deputy director at the museum.

Mullis has been a prominent proponent and supporter of GMOA over the past dozen or so years. Mullis and his wife, Babe, have donated hundreds of works of art to the museum and loaned their collection of works by the late Georgia artist R.A. Miller to GMOA for an exhibition held during the museum’s Phase II construction in 2009-2010. Mullis has also served as chair of the museum’s Board of Advisors since 2009 and will finish his second and final term in 2013.

Museum Information
Partial support for the exhibitions and programs at the Georgia Museum of Art is provided by the Georgia Council for the Arts through appropriations of the Georgia General Assembly. The council is a partner agency of the National Endowment for the Arts. Individuals, foundations and corporations provide additional museum support through their gifts to the University of Georgia Foundation. The Georgia Museum of Art is located in the Performing and Visual Arts Complex on the East Campus of the University of Georgia. The address is 90 Carlton Street, University of Georgia, Athens, Ga. 30602-6719. For more information, including hours, see http://georgiamuseum.org or call 706/542-GMOA (4662).