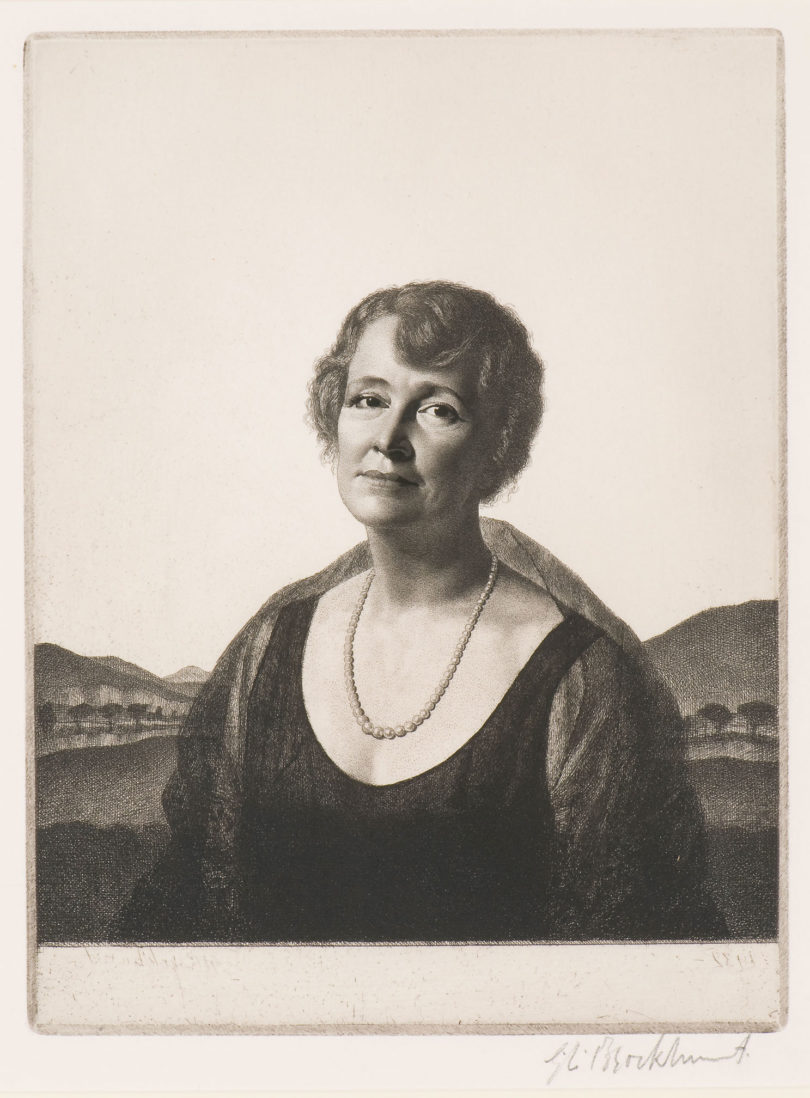 Athens, Ga. – As part of its commitment to the continued research of Gerald Leslie Brockhurst’s work, the Georgia Museum of Art at the University of Georgia is organizing an exhibition of 41 prints and drawings by the artist exclusively from the collection of Daniel and Rosalyn Jacobs. The exhibition will be on view from June 30-Sept. 16.

GMOA’s longtime patrons know Gerald Brockhurst. In 1993, the museum organized “The Art of Gerald Brockhurst,” which featured 76 prints, drawings and paintings borrowed from private and public collections, including the Boston Public Library, the Carnegie Museum of Art and the National Gallery of Art. Since late 2001, GMOA has been the home for the Jacob Burns Foundation Center, which houses works of art by Brockhurst as well as the archive of his correspondence and other written records accumulated by Jacob Burns, the artist’s lawyer in New York. In 2006, the museum organized “The Eternal Masquerade: Prints and Paintings by Gerald Leslie Brockhurst from the Jacob Burns Foundation,” which included many of the paintings and prints on loan to GMOA from the foundation supplemented with major loans from the National Portrait Gallery in London, and the J. Paul Getty Museum in Los Angeles.

This special exhibition focuses primarily on prints and drawings from the Jacobs Collection that are not part of the holdings of the Jacob Burns Foundation Center, giving visitors the opportunity to experience works by Brockhurst not yet seen at GMOA.

The Jacobs Collection presently includes some 240 works along with original correspondence and is the only truly comprehensive collection of Brockhurst’s prints. Brockhurst was born in Birmingham, England, in 1890, and attended the Birmingham Municipal School of Art from a young age. In 1907, he entered the Schools of the Royal Academy in London, where he won numerous awards and continued his education on a travel scholarship that allowed him to visit Paris and Italy. He was especially inspired by works of the Italian Renaissance, especially those by Piero della Francesca, Leonardo da Vinci and Sandro Botticelli.

During the 1920s, Brockhurst emerged in Britain as an important and masterful etcher, focusing on female portraits and using his wife, Anaïs Folin, as his model. By 1930, Brockhurst had returned to painting with a new teenage model, Dorette Woodard, whom he later married. His beautiful and mysterious images of Dorette, in both paintings and etchings, created demand for his work as a portrait artist. Brockhurst moved to the U.S. in 1939 and continued to receive important commissions for portraits. He died in 1978 at his home in Franklin Lakes, N.J.

“The Georgia Museum of Art is very grateful to the Jacob family for offering our patrons an opportunity to experience again the graphic work of Gerald Brockhurst,” said Paul Manoguerra, chief curator and curator of American Art at GMOA. “This display of work by Brockhurst celebrates the artist’s skill, techniques and influences.”