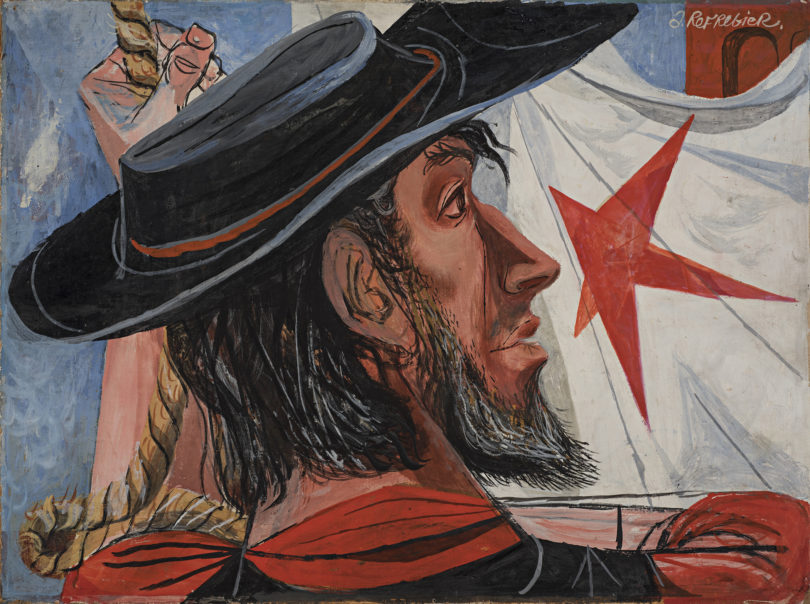 “Raising of the Bear Flag,” detail study for mural by Anton Refregier (American, b. Russia, 1905 – 1979) is part of the “Celebrating Heroes” exhibition at the Georgia Museum of Art. The mural was done for the Rincon Annex Post Office in San Francisco, California. Tempera and watercolor on composite board. Frances Lehman Loeb Art Center, Vassar College, Gift of Susan and Steven Hirsch, class of 1971. 2015.23.1.1.

During the Great Depression, the Federal Art Project of the Works Progress Administration served as a jobs program, hiring artists to produce work. The result not only created new inspiration for the public, but also allowed artists to feel as though the importance and relevance of their work was equal to the work of others. President Franklin Roosevelt’s jobs programs for artists produced an immense number of murals that were created for various locations around the nation.

“We are fortunate to host this finely curated exhibition of mural studies created during the 1930s and 1940s,” said Annelies Mondi, deputy director of the museum. “The Hirsch collection represents many of the important artists working at the Woodstock Art Colony and nicely compliments works in the permanent collection of the Georgia Museum of Art.  Several of these artists competed for the same commissions and it is compelling to be able to view and compare the various submissions.”

Mondi served as in-house curator for “Celebrating Heroes,” which was put together by Patricia Phagan, former curator of prints and drawings at the museum. She also organized the latter two exhibitions, drawn mostly from the museum’s permanent collection. 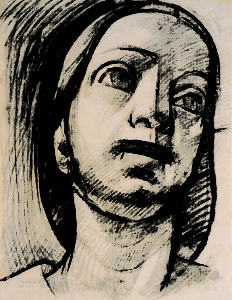 Inspired by Mexican muralists, most of the featured artists in “Celebrating Heroes” are associated with the art colony of Woodstock, New York, and depict conventional and commonplace scenes. They intended through the large scale of their works to elevate the ordinary to heroic proportions, celebrating everyday workers. “Larger Than Life” features more than just New Deal mural studies. By including images of the finished works on its labels, it shows the process by which artists create large-scale work and make revisions. “Women of the WPA” focuses on prints and on the many contributions women made to the New Deal art programs.