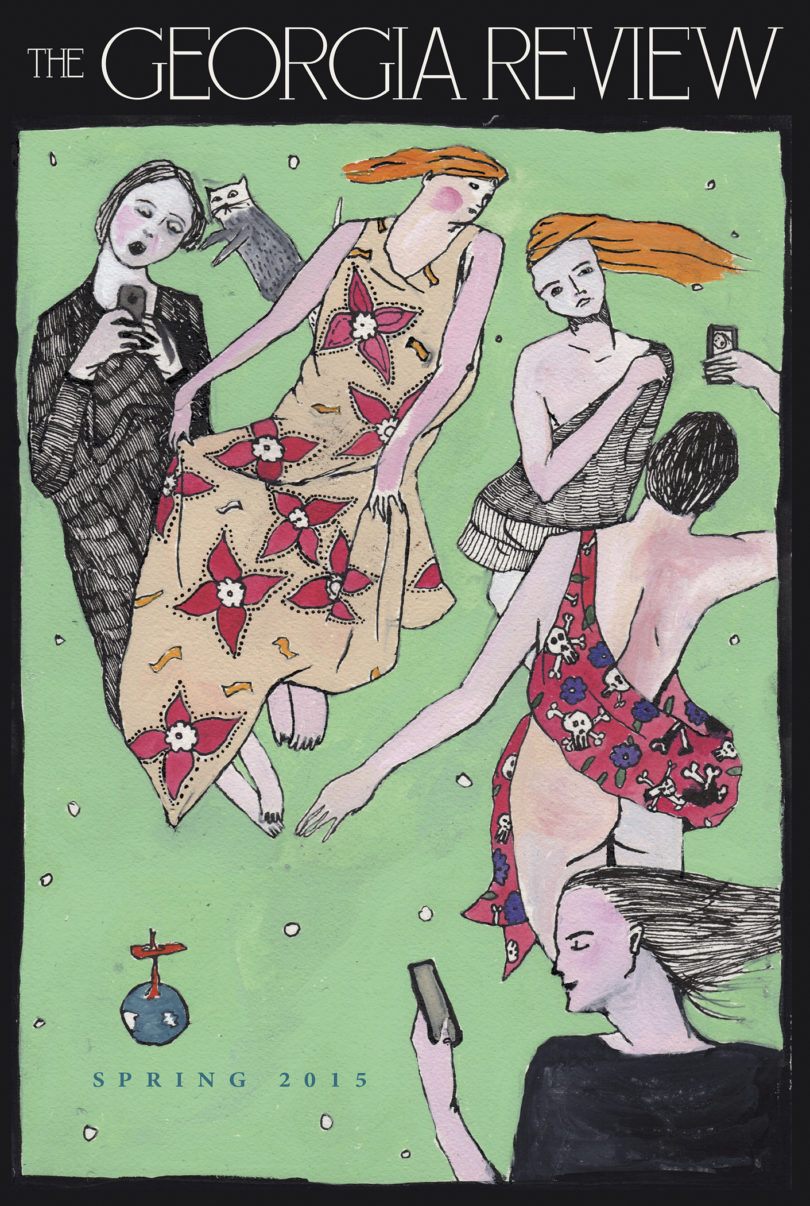 The Georgia Review is marking its 69th year of continuous publication with a special one-year subscription rate for all members of the UGA community. The new rate—$30 rather than the regular $40—goes into effect March 23 with the release of the spring 2015 issue of the quarterly journal.

The poem “Of Yalta” by the previously unpublished Erin Adair-Hodges was selected by The Georgia Review editors from among the many hundreds of entries for the $1,000 Loraine Williams Prize. Adair-Hodges teaches at Central Arizona Community College in Albuquerque; Williams is an Atlanta-based patron of the arts.

In “Writing While the World Burns,” Sanders, an essayist and environmental watchdog, conjures first the environmental state of Earth in the year 2100 based on current scientific predictions, and then a young woman from that future, “Rachel,” who has inherited her great-grandmother’s library from the early 21st century. What, Sanders asks, does Rachel find and not find in those books that might help her understand what writers did and didn’t do to help prevent the terrible pass to which her world has come?

Mitcham, a UGA alumnus who first appeared in The Georgia Review in 1983, has published several books with the University of Georgia Press and was inducted into the Georgia Writers Hall of Fame in 2013. His writing often focuses on family, and in this issue’s “Alto” he makes music and a metaphor from the coincidence of his mother’s dying in the same hour as the great operatic tenor Luciano Pavarotti.

For more information about The Georgia Review, stop by the literary journal’s office on the seventh floor of UGA’s main library, call 706-542-3481 or visit www.thegeorgiareview.com.