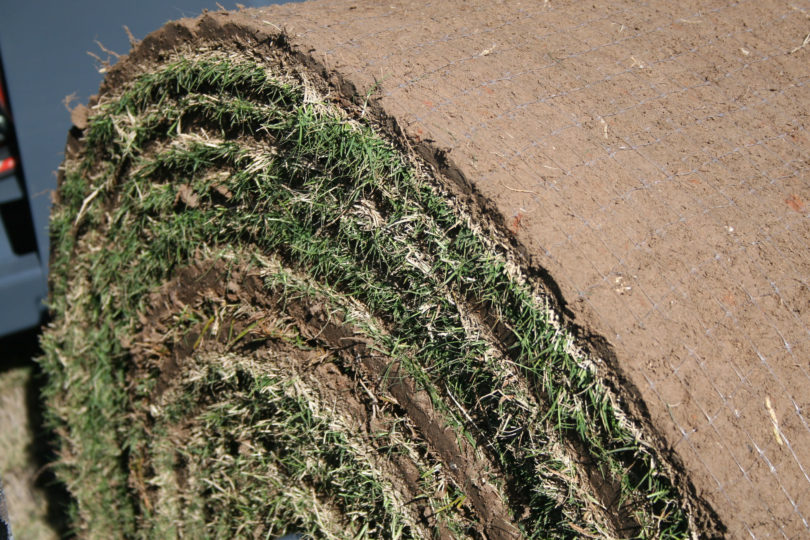 Consumers will pay more for sod this year as growers recover from rainy season and strong fall sales.

Griffin, Ga. – Georgia sod will cost more and there will be less of it this year, according to a University of Georgia and Georgia Urban Ag Council survey.

“The purpose of the annual survey is to determine inventory levels and projected price changes,” said Clint Waltz, turfgrass specialist with UGA Extension. “We found that delivered prices for the Bermuda grass, centipede grass and St. Augustine are expected to increase by more than 13 percent. Bermuda grass and centipede grass prices should be at historic levels.”

Waltz attributes the price increase to unfavorable environmental conditions during the regrowth period this past summer and fall sod sales. Both large- and small-scale sod producers were affected by the lack of sunlight during the 2013 growing season and were unable to regrow enough grass to meet expected demands, Waltz said.

“Several growers have told me that strong fall sales have dropped their inventories of warm-season grasses down to levels lower than they commonly experience in the first five months of the year,” he said.

“The supply of Bermuda grass is low, regardless of the farm size,” Waltz said.

The number of growers producing zoysia grass grew with 60 percent of those surveyed growing the grass. Forty-eight percent of these growers project a shortage this year.

The delivered price is expected to increase for all grasses in the survey. A truckload of Bermuda grass delivered to the Atlanta area, or within 100 miles of the farm, is expected to rise 14 percent.

The delivered price of zoysia grass is expected to rise 1.4 percent to 35.8 cents per square foot.

The price of delivered centipede grass is also expected to rise to an average of 23.5 cents.

“Interestingly, it has taken seven years for centipede grass to match or exceed its 2007 price (21.3 cents),” Waltz said.

Tall fescue’s delivered price is expected to rise 1.7 percent to an average of 24 cents per square foot. The average price should fall between 20 and 30 cents.

St. Augustine’s delivered price should be up by 17.3 percent to an average of 34.6 cents per square foot.

“This year’s gain brings St. Augustine grass back in line with 2006 and 2007 prices,” Waltz said. “Since it was added to the survey in 2005, St. Augustine grass prices have varied wildly compared to other species. Last year, there was a 13 percent decrease from the previous year, and this year the prices are expected to rise 17 percent.”

Buyers who prefer certified sod should expect to pay an additional 2 to 3 cents per square foot. This year marks a seven-year price increase for certified grass.

“This translates to between $10 and $15 extra on a 500-square-foot pallet,” Waltz said. “Consumers should consider this a nominal cost to ensure varietal purity of a perennial species.”

The survey revealed that most Georgia-grown sod is sold to landscape contractors (39 percent) with homeowners following as the second largest purchasers (14 percent). The remainder of the supply is bought for sports/athletic fields, golf courses, garden centers, brokers, developers and landscape designers.

None of the sod growers surveyed expects to reduce the number of acres they produce in 2014. Eighteen of the 35 producers plan to add more acres this year.

“These additional acres would not affect the market until 2015 or 2016,” Waltz said.

To view the complete survey, go to www.GeorgiaTurf.com.