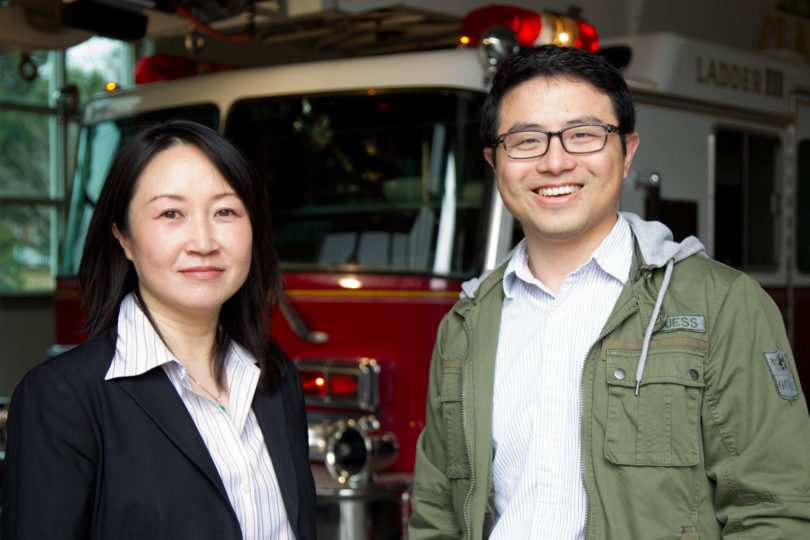 In an emergency, minutes matter.

With this knowledge, UGA researchers developed a new method for determining where emergency vehicle stations should be located. The results of their work could improve ambulance response time for the 200 million Americans who dial 911 each year, according to the Federal Communications Commission.

“If we can meet this critical time window [of eight minutes], we can maximize benefits,” said Ping Yin, a UGA graduate student studying geography who co-authored the paper.

The model uses geographical information science, or GIS, to determine the best base stations for Emergency Medical Service vehicles. GIS technology is used to manage and organize spatial data and to visualize solutions using maps. The model makes decisions about the best possible location to park an EMS vehicle, or the place to keep it, so that it serves the largest portion of the population in the shortest amount of time.

“Applied geographic considerations should be taken into account when health planning and spatial planning,” said Lan Mu, a geography professor in the Franklin College of Arts and Sciences and co-author of the paper, published in the March issue of Applied Geography.

The study used sample data from Georgia’s EMS Region 10, which includes Jackson, Madison, Elbert, Oglethorpe, Greene, Morgan, Walton, Barrow, Clarke and Oconee counties. The data set included 58 ambulances and a selection of potential base locations. Distributing the vehicles over 82 potential locations gave 87 percent of the population service in less than eight minutes. When the locations were limited to 20, 78 percent of the population would receive help within eight minutes, according to the study.

“If you have limited money, locations and number of vehicles but know your demand, the system can match the demands with the resources for the optimal amount of coverage,” Yin said.

The GIS modeling allowed researchers to estimate travel time and take considerations like availability of vehicles and workload into account.

“When the population exceeds a limit, the quality of emergency service provided by that facility will be unacceptable,” Yin said. “Given a requirement on the average response time to the calls, a facility with more vehicles may serve a greater population.”

The model placed as many as 12 ambulances at one site to meet the demand from the surrounding population.

“Research like this is critically important as we work to serve dynamic populations across Georgia and across the nation,” said Ryan Deal, director of communications at the Georgia Department of Public Health. “Already GIS technology is one of several important factors considered in many urban areas.”

Deal said the study might provide some insight on how GIS technology can be employed in the future, especially in rural areas.

Future work in this area will focus on daily population movement, like when people shift locations to go to work, a factor that will influence the optimal location of EMS vehicles.

Disaster response and the placement of shelters is another potential application for the study.