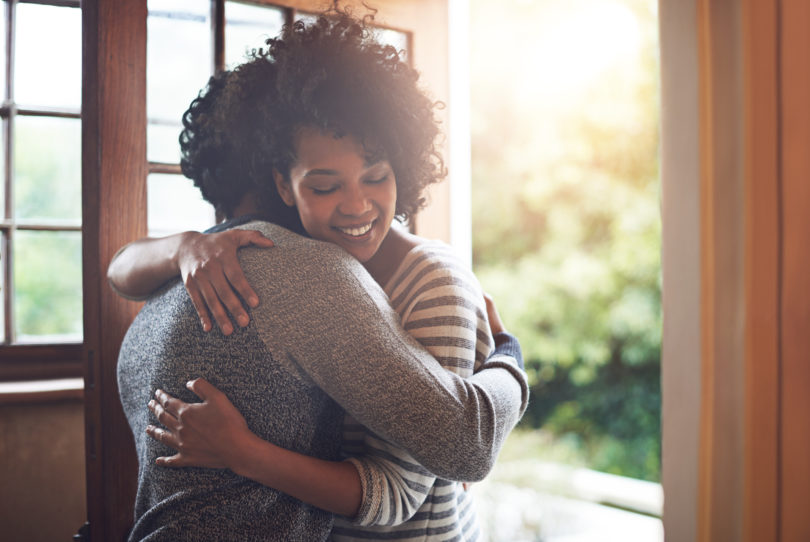 Even in difficult times, making your spouse feel appreciated goes a long way

For resilient marriages, thanks is best given year-round, not just at the holidays. That’s according to University of Georgia researchers at the College of Family and Consumer Sciences.

“We found that feeling appreciated and believing that your spouse values you directly influences how you feel about your marriage, how committed you are to it, and your belief that it will last,” said study co-author Ted Futris, a professor in the College of Family and Consumer Sciences and family life specialist.

The 2015 study found that feelings of gratitude boosted marital satisfaction, commitment and stability, especially during difficult times. In the study, couples who had mismatched and counterproductive styles of conflict—the kind where one spouse brings up every harm done, while the other goes quiet and withdraws—could withstand that dysfunction with something called “perceived gratitude.”

“As long as they felt appreciated by their spouse, they weren’t thinking about divorce as much,” said lead author Allen Barton, a former UGA doctoral student and now an assistant professor at the University of Illinois. “It goes to show the power of ‘thank you.’”

Here’s how implementing gratitude into marriage could work:

Figure out what to be grateful for

If you’re thinking more about what you wish your spouse had done rather than appreciating what they actually do, it might be because you’re not seeing what your spouse is putting in—or at least is trying to put into—the relationship. After all, people tend to be more aware of their own work than what others are doing.

“Start with the recognition that we’re all prone to be a little more self-centered than we might realize,” Barton said. “You have to be aware of it. We’re not as fair and objective as we’d like to think.”

So, acknowledge that your spouse might have been making an effort in ways you don’t see.

How to start the conversation

If you’re not sure whether your spouse feels appreciated, you could try asking.

“Start by telling them the reason,” Barton said. “‘I want you to feel valued in this relationship’ and then simply ask, ‘Is there any area in our relationship where you feel unappreciated?’”

If so, ask how you can change that.

But be careful when you’re asking the question. It’s best to avoid this conversation when you’re putting your kids to bed or in a period of conflict.

Many ways to say thank you

When it comes to expressing gratitude, you could just say thank you. But other expressions might be more meaningful to your spouse: gifts, cards, or even just a midday text message.

Of course, expressing gratitude is only one component of a healthy marriage. And what is a problem for one marriage may never come up in another. The real measure of resilient marriages, Futris said, is how couples interact day after day.

“All couples have disagreements and argue,” Futris said. “And, when couples are stressed, they are likely to have more arguments. What distinguishes the marriages that last from those that don’t is not how often they argue, but how they argue and how they treat each other on a daily basis.”

Want to improve your relationship?

Currently, Dr. Futris is directing a program that provides couples across Georgia with free workshops to elevate their relationships. To learn more, visit www.ElevateCouplesGeorgia.com.