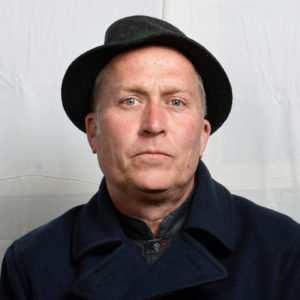 The Willson Center for Humanities and Arts will present “Moving Statues: A Conversation of the Global South” on April 10 at 6 p.m. in the M. Smith Griffith Auditorium of the Georgia Museum of Art.  Part of the 2019 Global Georgia Initiative, the event will include a panel discussion and a presentation by photographer and video artist Christo Doherty, an associate professor and deputy head of the Wits School of Arts of the University of the Witwatersrand, Johannesburg.

Doherty will present on his recent research and photographs concerned with the removal of statues and monuments from South Africa’s apartheid era, followed by a conversation with American scholars whose work has explored related issues in the U.S.

The panelists for the conversation are Valerie Babb, the Andrew Mellon Professor of the Humanities in African American Studies and English at Emory University; Malinda Maynor Lowery, associate professor of history and director of the Center for the Study of the American South at the University of North Carolina; and Akela Reason, associate professor and director of the Museum Studies Certificate Program in the history department of UGA’s Franklin College of Arts and Sciences. Sheffield Hale, president and CEO of the Atlanta History Center, will serve as moderator.

Doherty has researched the mysterious disappearance of a memorial to the Irish Volunteer Brigade, which fought with the Afrikaners against the British Empire in the Anglo-Boer War of 1899-1902, amid the 2015 protests of the Rhodes Must Fall movement, which demanded the removal of monuments to John Cecil Rhodes and other apartheid-era figures of the oppressive white minority regime in South Africa.

“Human societies all around the world create monuments to their real and imagined pasts, and have done so for millennia,” said Nicholas Allen, Franklin Professor of English and director of the Willson Center. “The cultures these symbols and statues represent become fraught in times of transition. This conversation brings together voices from South Africa and the American South to discuss the diverse ways in which changing societies think about the present in light of their shared and difficult pasts.”

This event is associated with the Global Georgia Initiative research group in Global Studies of the American South, funded by The Andrew W. Mellon Foundation. It is presented in partnership with the UGA department of history, the Atlanta History Center, the Center for the Study of the American South at the University of North Carolina and the department of African American studies at Emory University.

The Global Georgia Initiative presents global problems in local context by addressing pressing contemporary questions, including the economy, society and the environment, with a focus on how the arts and humanities can
intervene.