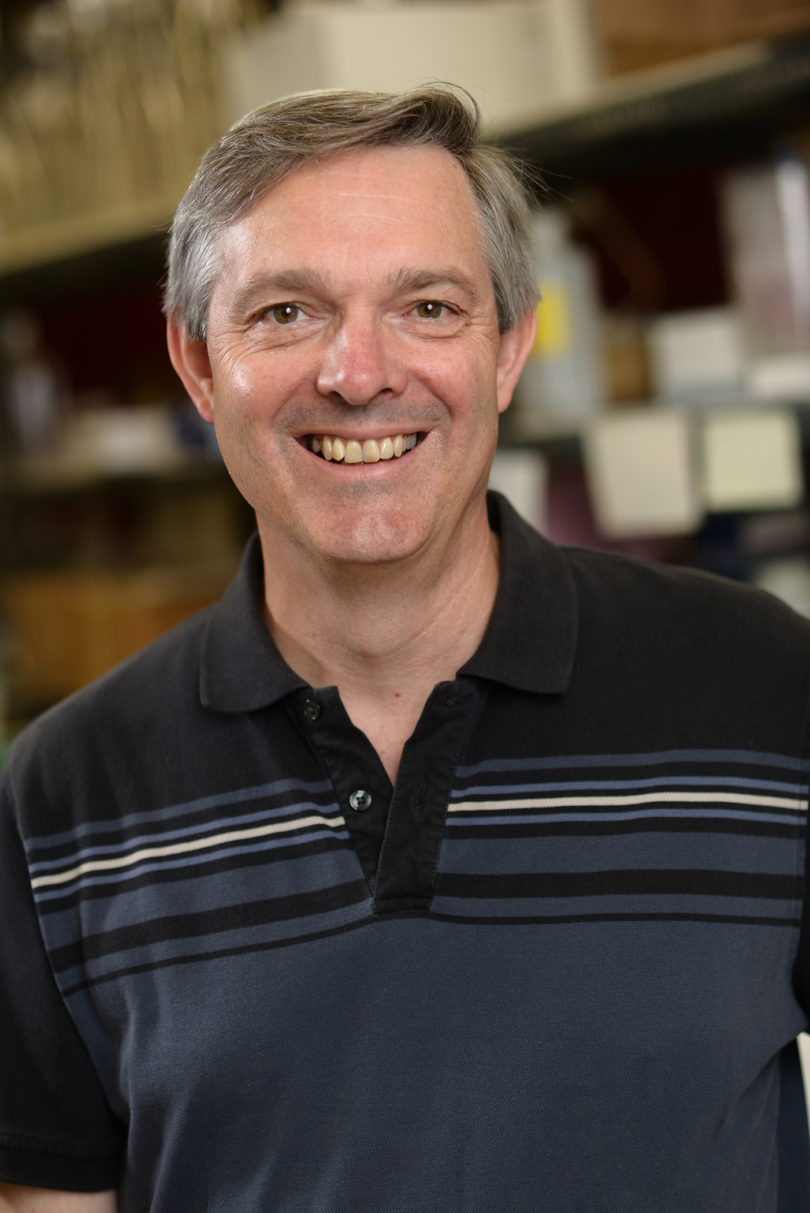 Athens, Ga. – One of the nation’s leading glycobiology researchers will join the University of Georgia faculty this fall as its newest Georgia Research Alliance Eminent Scholar.

Robert Haltiwanger, currently head of biochemistry and cell biology at Stony Brook University, will join UGA’s Complex Carbohydrate Research Center as the GRA Eminent Scholar in Biomedical Glycoscience. His addition brings the total number of GRA scholars at UGA to 16.

The Complex Carbohydrate Research Center, recognized as a world-class research facility, is devoted to understanding the many important roles of sugars that are added in diverse complex combinations to proteins and other biological molecules that are responsible for life.

“As a world leader in biomedical glycobiology, Dr. Haltiwanger is conducting research that improves our understanding of the most complicated human diseases,” said UGA President Jere W. Morehead. “He will continue this critical work alongside a distinguished group of researchers at the CCRC, and we look forward to welcoming him to campus in the fall.”

One of UGA’s most successful research programs, the CCRC has 16 faculty-led groups working on a variety of research problems, from plants to humans. These include the efficient breakdown of biomass for conversion to biofuels and bioproducts, unraveling of the molecular signaling that controls all biological processes and the development of new diagnostic, therapeutic and preventive treatments for human diseases.

“Dr. Haltiwanger will make an excellent addition to the GRA Academy of Eminent Scholars,” said Michael Cassidy, president and CEO of the Georgia Research Alliance. “He will expand CCRC’s reputation as the home of the world’s largest team of carbohydrate experts, especially at the CCRC’s new Center for Molecular Medicine, which is applying basic research to human disease using clinical and translational approaches.”

At the CCRC, Haltiwanger will help to expand existing or lead new avenues of investigation in cancer, congenital disorders, cardiovascular disease and other important areas of human medicine, including the development of therapies. His expertise also will provide a bridge between the CCRC and the capabilities of the new Center for Molecular Medicine, which includes a program on glycoscience applications to human medicine.

“Dr. Haltiwanger will provide our students with unparalleled instruction and mentorship,” she added. “He is an important addition to a world-class faculty.”

Haltiwanger was the first to develop a small molecule inhibitor of O-GlcNAcase, an enzyme that alters the glycosylation state of many cellular proteins. Subsequent generations of O-GlcNAcase inhibitors have been licensed by major pharmaceutical companies as lead candidates for the treatment of Alzheimer’s disease and are currently in clinical trials.

Haltiwanger’s research currently is supported by over $2.5 million in funding from the National Institutes of Health. Over the course of his 20-year career, he has garnered more than $10 million in research funding from NIH, the American Cancer Society and the Mizutani Foundation for Glycoscience.

Since 1990, the Georgia Research Alliance has partnered with Georgia’s research universities to recruit world-class scientists who foster science- and technology-based economic development. The GRA also invests in technology for research labs, helps commercialize university-based inventions and facilitates collaboration among universities, business and government.

Haltiwanger recently served as president of the Society for Glycobiology and as a member of its board of directors. He is editor-in-chief of Glycobiology, the signature journal for the field. He has chaired international meetings that showcase the field, has been a frequent platform speaker at such venues and has been a valued consultant to industry. Original reports he has coauthored have been published in highly regarded journals such as Cell, Science and Nature.

Haltiwanger received his bachelor’s and doctoral degrees in biology and biochemistry, respectively, at Duke University and conducted postdoctoral research in biochemistry at the Johns Hopkins University School of Medicine. He began as an assistant professor at Stony Brook University in 1992.

“I look forward to being a part of the research team at the CCRC and working with them toward improving human health through a better understanding of how complex carbohydrates control many critical biological events,” Haltiwanger said.