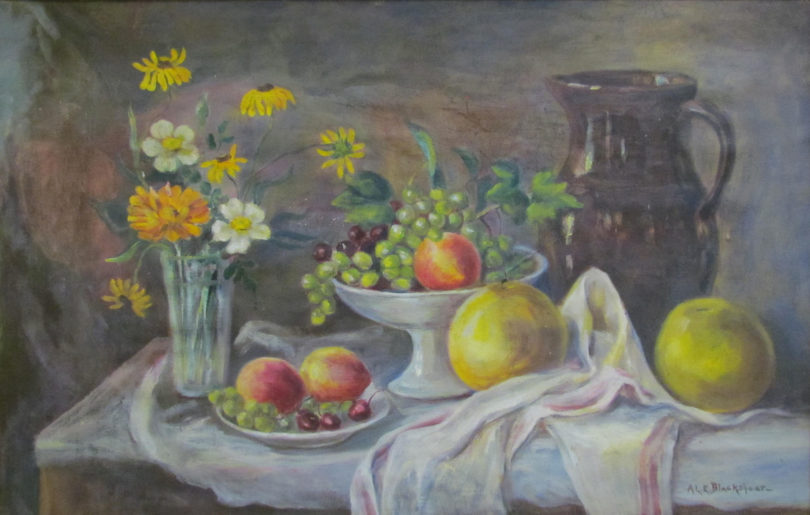 For the past 100 years, the Athens Art Association has built a community dedicated to the promotion of the arts. The exhibition “Our Town and Beyond” celebrates its 100th anniversary and includes works of its earlier members. The exhibition will be on view at the Georgia Museum of Art at the University of Georgia from May 18 through Aug. 11.

This show includes still life paintings, portraits, landscapes and even some early work in photography. Laura Blackshear, a local artist and educator, founded the association in 1919 with 20 charter members. She intended to form an organization that sponsored the physical production and celebration of art in Athens. From its earliest days, the Athens Art Association welcomed both men and women. 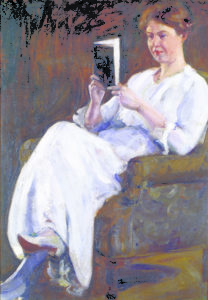 Lucy May Stanton painted members of her family and the Athens community. “The South is virgin soil as far as interpretations in terms of paint is concerned,” she said. “The things have never been painted before, never been seen before.”

Stanton envisioned a new South, though she worked within the social, racial and gender divisions of her time. Her self-portraits speak to the shifting nature of her identity as both a southern lady and an artistic suffragette.

Lamar Dodd, for whom the university’s Lamar Dodd School of Art is named, painted some of the landscapes included in the exhibition. He aligned the student art association at UGA with the Athens Art Association in the 1930s. Today, both organizations continue to maintain a good relationship. The show also includes some sculptural works by Martha Odum, best known as a landscape painter in watercolors and wife to Eugene Odum, who founded UGA’s Institute of Ecology (now Odum School of Ecology).

“The Georgia Museum of Art is pleased to join the Athens Art Association in celebrating its history of contributions to the cultural life of our community. Rich in visual arts resources, Athens-Clarke County is fortunate to count among them the Athens Art Association, which continues to this day to advance visual learning and to encourage the creative impulse,” said William U. Eiland, director of the museum and curator of the exhibition. “Our exhibition at the museum examines the works of early members, including the Association’s founders. While relentlessly realistic, these early 20th-century works are significant in the visual history of our region and our nation, since the artists in the exhibition followed the dictates of the times in studying the Old Masters and in attempting to represent the local world with all its everyday marvels and notable personages.”