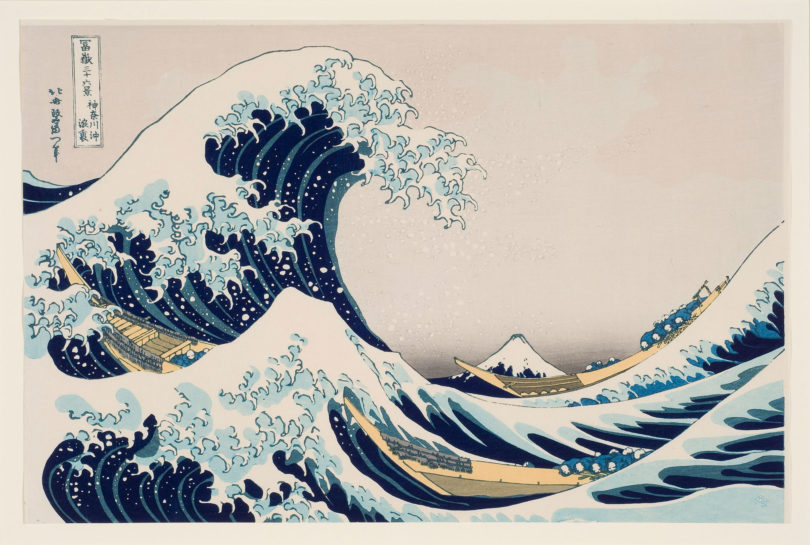 The exhibition consists of 27 prints from the museum’s permanent collection, including the 19th-century iconic image “The Great Wave off Kanagawa.” It was organized by Joan Tkacs, a graduate student in art history in the University of Georgia Lamar Dodd School of Art, under the supervision of Lynn Boland, the Georgia Museum of Art’s Pierre Daura Curator of European Art.

“This was an opportunity to work with one of the art history department’s outstanding graduate students on a small, focused exhibition from start to finish,” Boland said of working with Tkacs. “In addition to being a great exhibition, it will serve as a template for future projects of this sort, which are of great value to students, the museum and our community.”

While researching the exhibition, Tkacs learned that the blue ink used for the wave in “The Great Wave off Kanagawa” was imported from Germany. At the time, Japan was an isolationist state; importing dyes was a complicated process.

“What appealed to me about these images, and works of art in general, is that they have secrets,” Tkacs said. “You can look at them and research an image, and they give you only glimpses of the culture that you weren’t necessarily privy to.”

“The Great Wave off Kanagawa” is part of Hokusai’s well-known Thirty-Six Views of Mt. Fuji series. Other prints from the series also are on display along with four prints from artist Hiroshige’s series of the same name.

Besides Hokusai and Hiroshige, the exhibition includes works from other prominent ukiyo-e artists. Ukiyo-e, which means pictures of the floating world, was inspired by the fleeting beauty of the Japanese city Edo and its culture. The artists drew their subject matter from the city, which became Tokyo, with many images featuring scenes from Kabuki dramas and, later, images of the natural world and famous sights across Japan.