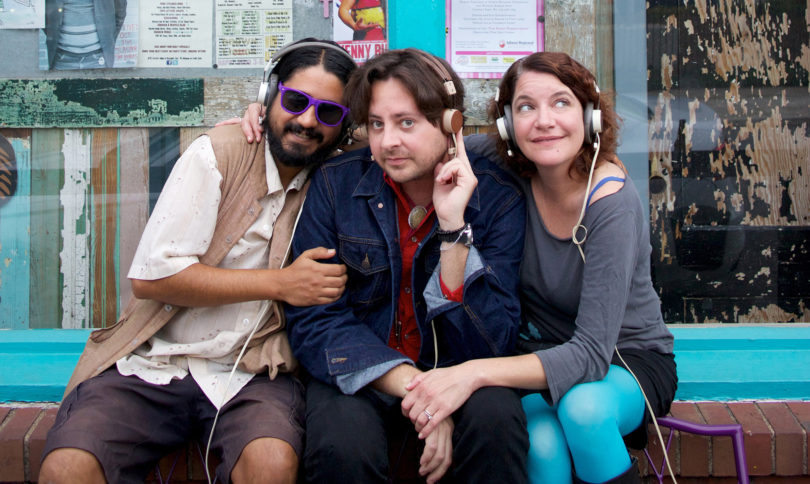 Athens, Ga. – The Georgia Museum of Art at the University of Georgia will host Museum Mix, its thrice-yearly late-night art party, on Oct. 16 from 8:30 p.m.-midnight. The event includes music, refreshments and full access to the museum’s galleries. It is free and open to the public.

This fall’s Museum Mix is inspired by the upcoming exhibition, “The… of E6, part of Athens Celebrates Elephant 6.” Elephant 6 is a collective of musicians and artists whose collaborations shaped the culture and aesthetics of the Athens community. The exhibition is part of a citywide celebration of the recording company’s contributions to local culture.

Museum Mix will feature music from four members of the E6 movement: Jamey Huggins, John Fernandes, Dottie Alexander and Bryan Poole. The musicians will choose their favorite records and play the music surrounding and inspiring the cultural movement.

Huggins (aka James Husband), will be the lead DJ for the event. Known for being a founding member of Athens band Great Lakes and for his involvement in of Montreal, Huggins also played in Ladybug Transistor, The Essex Green and Marshmallow Coast. Huggins is a lender to the exhibition.

Fernandes is the multi-instrument musician who has contributed to virtually every band of the E6 movement, including The Olivia Tremor Control, Circulatory System and Black Swan Network. Fernandes is also a lender to the exhibition.

Alexander is known for her work with Lightning Bug vs. Firefly and Great Lakes, and as a keyboardist for of Montreal.

Poole is known for his work with of Montreal, Elf Power and his solo recording project, The Late B.P. Helium.

Museum Mix attendees can get a limited-edition button after viewing art in the galleries, and they are encouraged to share impressions on social media with the hashtag #museummix. Earth Fare will be providing snacks.

Museum Mix will follow the Student Night held from 6:30-8:30 p.m. and hosted by the Georgia Museum of Art Student Association.