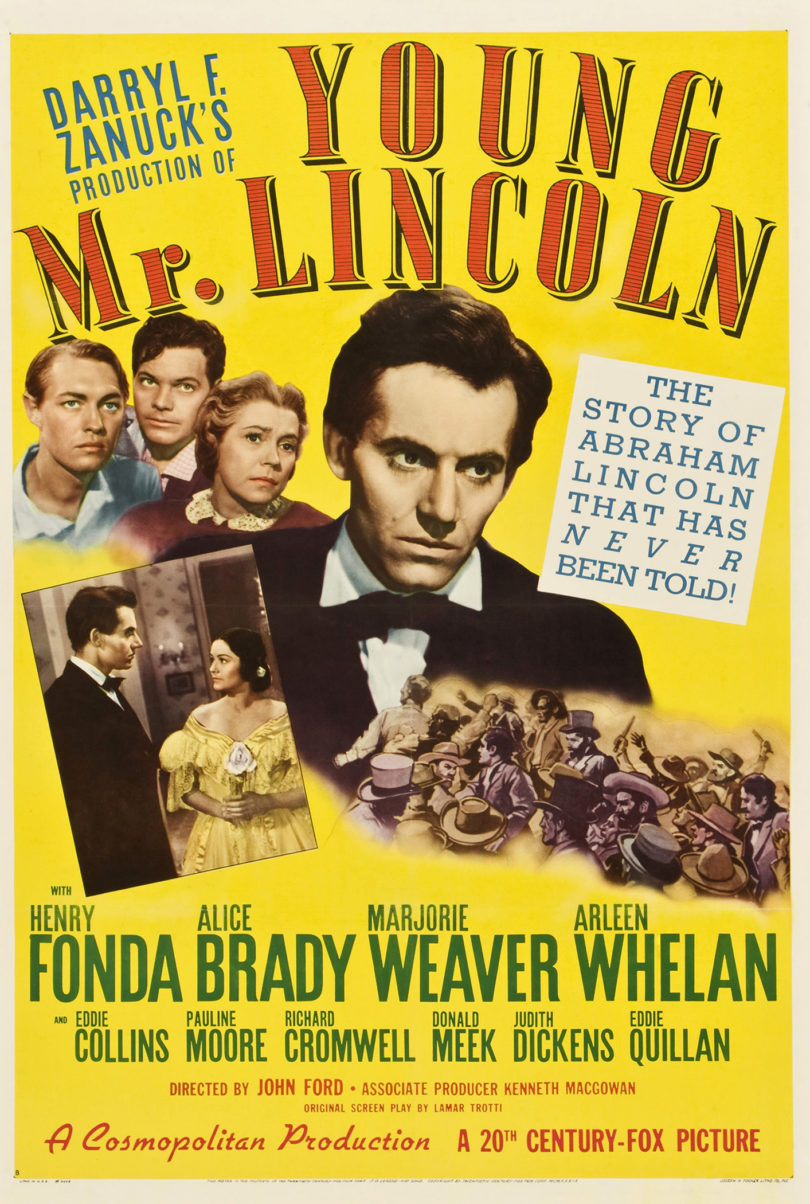 Athens, Ga. – The Georgia Museum of Art at the University of Georgia will present a film series this July titled “Picturing America” in conjunction with the exhibition “Picturing America: Signature Works from the Westmoreland Museum of American Art.” All films will begin at 7 p.m. in the museum’s M. Smith Griffith Auditorium and are free and open to the public.

On July 10, is “Young Mr. Lincoln” (1939), a partially fictionalized biography about the early life of President Abraham Lincoln, will be shown. Henry Fonda stars as the novice lawyer and future president, who faces his most challenging court case yet as he must prove the innocence of an accused murderer despite eyewitness testimony.

On July 17, “Native Land” (1942), will be shown. The film depicts the struggle of trade unions against union-busting corporations and is based on the La Follette Committee’s investigation in the 1930s into the suppression of the organized labor movement. Through documentary, stage reenactments and narration and songs by Paul Robeson, this film looks at violations of Americans’ civil liberties and served as a call to action for exploited workers around the country.

On July 31, “Modern Times” (1936), Charlie Chaplin’s humorous social commentary on the financial hardships many faced during the Great Depression, will be shown. The film features Chaplin’s famous Little Tramp persona for the final time as his character struggles to keep up with the changing industrialized world. Though made almost a decade into the talkie era and containing brief moments of sound and song, this piece of Americana remains a hallmark of silent movies.

“Each of the three films in this series either dates from or is set during the time period of the touring exhibition and has been chosen to complement the works of art on view,” said Callan Steinmann, associate curator of education at the museum. “The films will all explore the complexity of American culture and identity.”

The film screenings are supported by the UGA Parents and Families Association.