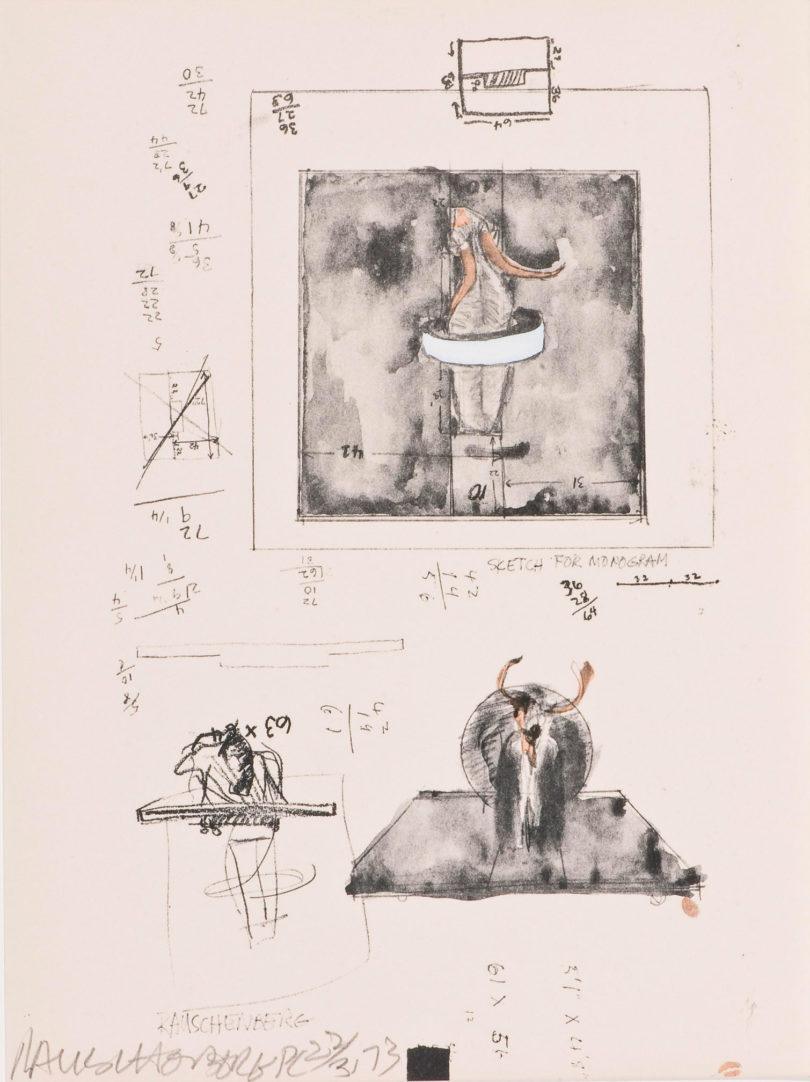 Athens, Ga. – The Georgia Museum of Art at the University of Georgia will present an evening of films in conjunction with the exhibition “The New York Collection for Stockholm” Sept. 20 at 7 p.m. The films will be shown in the M. Smith Griffith Auditorium and are free and open to the public.

In 1966, 10 New York artists and 30 engineers and scientists from Bell Telephone Laboratories collaborated on a series of innovative dance, music and theater performances known as 9 Evenings: Theatre and Engineering, which was held at the 69th Regiment Armory in New York City. The artists were John Cage, Lucinda Childs, Öyvind Fahlström, Alex Hay, Deborah Hay, Steve Paxton, Yvonne Rainer, Robert Rauschenberg, David Tudor and Robert Whitman. Immediately following the event, the organizers formed the group Experiments in Art and Technology to continue facilitating artist-engineer collaborations. From 1971 to 1973, E.A.T. put together “The New York Collection for Stockholm” and produced a fundraising portfolio of the same name, which is on view at GMOA Aug. 18-Oct. 28.

Archival material from three of the 9 Evenings performances was assembled into three films, each of which reconstructs the artist’s original work and uses interviews with the artists, engineers and performers in documentaries that illuminate the artistic, technical and historical aspects of the work.

Rauschenberg’s “Open Score” began with a tennis game between Frank Stella and his tennis partner, Mimi Kanarek, on a full-scale court laid out on the Armory floor. Rauschenberg used the game to control lights and create a soundtrack for the work. Every time a racket hit the ball, a loud noise would sound and one of the lights illuminating the court would switch off. Once all the lights were dark, a crowd of 500 people entered and performed a loosely choreographed routine, following flashlight signals that indicated Rauschenberg’s instructions.

John Cage’s “Variations VII” was the next to last in the artist’s series of indeterminate works begun in 1958, which made increasing use of electronic equipment and systems. As performers moved around the state, they broke beams of light that triggered live sounds from all over New York City, some transmitted via telephone, creating a new version of the work each time.

“Bandoneon! (a combine),” the third film, presents David Tudor’s first full concert work as a composer. Tudor outfitted a bandoneon, a South American instrument related to an accordion, with microphones that transformed the audio input into new sounds, video images and lights, creating a work that animated the entire Armory space.

Lynn Boland, GMOA’s Pierre Daura Curator of European Art and curator of the exhibition, will introduce the films with a 30-minute discussion outlining the history and goals of 9 Evenings and E.A.T. and highlight some of the prints in the exhibition. The three films total 113 minutes and are not rated.

Museum Information
Partial support for the exhibitions and programs at the Georgia Museum of Art is provided by the Georgia Council for the Arts through appropriations of the Georgia General Assembly. The council is a partner agency of the National Endowment for the Arts. Individuals, foundations and corporations provide additional museum support through their gifts to the University of Georgia Foundation. The Georgia Museum of Art is located in the Performing and Visual Arts Complex on the East Campus of UGA. The address is 90 Carlton Street, Athens, Ga. 30602-6719. For more information, including hours, see www.georgiamuseum.org or call 706/542-GMOA (4662).