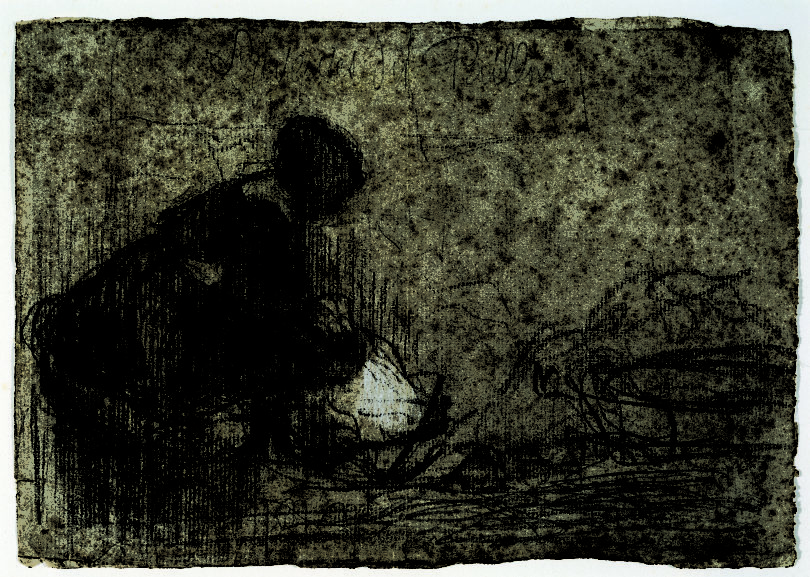 Pierre Puvis de Chavannes' drawing is part of the "Modern Masters from the Giuliano Ceseri Collection" exhibition on view at the Georgia Museum of Art.

Athens, Ga. – What were you doing when you were 11 years old? Playing video games? Selling Girl Scout cookies? You probably weren’t collecting art, but Giuliano Ceseri was.

Born in Italy, the son of a tenant farmer, he grew up on the estate of the Strozzi family, just outside of Florence. There, he encountered great works of art at a young age, and his interest was sparked. He bought his first engraving at the age of 11, the beginning of a collection that now numbers thousands of works, mostly prints and drawings. In 1995, he placed about 1,500 of those works on long-term loan to the Georgia Museum of Art at the University of Georgia. The museum has organized several exhibitions from the collection over the past two decades, and it recently opened the latest: “Modern Masters from the Giuliano Ceseri Collection” (on view through Nov. 12).

Previous exhibitions of Ceseri’s collection have focused more often on the Renaissance-era drawings that make up a large portion of the works he owns (and that can be seen in the museum’s Samuel H. Kress Gallery, where they rotate every semester). This exhibition, on the other hand, consists of drawings by 19th- and 20th-century artists, both American and European, including one of the earliest Ceseri bought, at the age of 14. That drawing is by Pierre Puvis de Chavannes, a highly regarded 19th-century French muralist. Although it is unsigned, the sketch of a washerwoman has writing on it that resembles that on other studies by the artist.

While still a child, Ceseri worked in a factory that made nightlights, then as a waiter, buying drawings and prints as he was able to in antiques shops. He eventually parlayed his sharp eye into a career as a gallerist and moved to the U.S. in the 1970s. 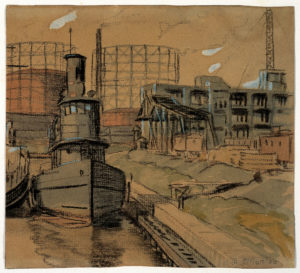 A drawing by Elizabeth Shippen Green is part of the exhibition “Modern Masters from the Giuliano Ceseri Collection” currently on view at the Georgia Museum of Art.

The works on display, selected by former Pierre Daura Curator of European Art Lynn Boland, show a wide range of styles, subjects and purposes. Some are studies for finished works, some come from sketchbooks and others appear to have been made as more finished works. Media are equally varied. Peggy Bacon’s caricature of her fellow artists uses lithographic crayon, a drawing by Giorgio de Chirico uses red chalk and watercolor, and Robert Henri’s two works in the show both make use of charcoal.

Even as they differ, each work has an immediacy that sets it apart from paintings or prints by the same artists. Collectively, they offer an opportunity to study widely disparate approaches to making marks on paper. They also serve as an inspiration. Often, people think of collecting art as only for the wealthy, but Ceseri’s story shows that persistence and education are just as important as financial means.