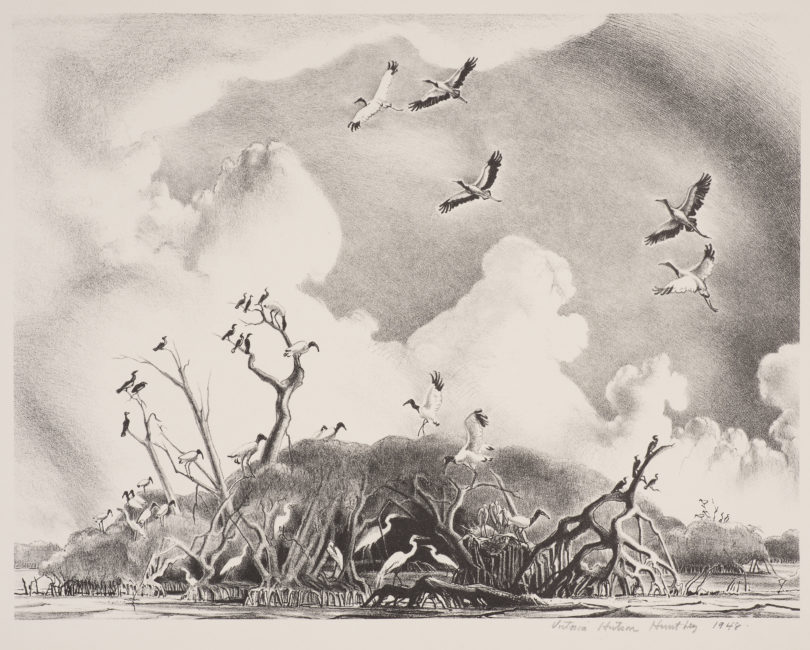 Editor’s note: Because of the suspension of in-class instruction and to keep our community safe from COVID-19, the Georgia Museum of Art is closed through the end of March.

A well-known lithographer in the 1930s and 1940s, Victoria Hutson Huntley made works that were popular with museums and collectors. Her lithographs highlighted subjects including landscapes, human figures and the natural world.

In the middle of her career, she spent several years in Florida, and she often featured the Everglades and its flora and fauna in her work. She was a meticulous creator, first painting an image, then making a drawing, a redrawing, a redesign to reduce the drawing in scale and finally a lithograph. Her work fell out of fashion in the 1950s, with the rise of abstract expressionism, which sidelined realistic approaches to art. This spring, the Georgia Museum of Art at the University of Georgia will present the exhibition “Rediscovering the Art of Victoria Hutson Huntley” from March 28 to June 21.

As a testament to her skill, the second lithograph Huntley ever made, “Interior” (1930), received the first-place prize in the International Graphic Art Exhibition at the Art Institute of Chicago. But this recognition was only the start of Huntley’s career as an artist. Over the course of her life, she produced more than 100 lithographs as well as intaglio prints, earning awards, grants and national recognition for her works. Lithography is a particularly demanding art form, given the strength required to move the heavy stones on which the artist draws, but Huntley loved it. Interestingly, she visited UGA in 1952 to speak on lithography and work with visiting artist Francis Chapin, but little is known about her brief time in Athens. 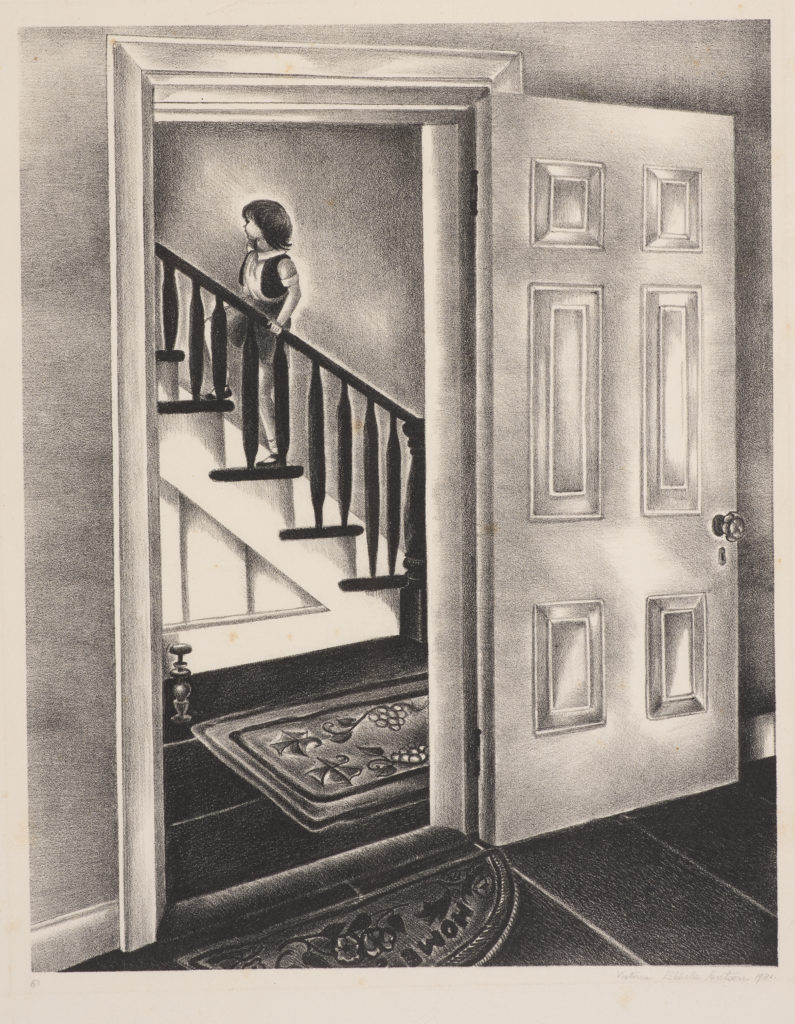 Huntley’s earlier works, made from 1930 to 1946, reflect her life in New York City (where she grew up), rural areas in Caldwell, New Jersey, and two small towns in Connecticut that served as an influence on her iconography. She made these prints during the years in which realism and the American Scene movement were emphasizing a naturalistic style of art. In 1946, she moved near Orlando, Florida, with her husband and received a Guggenheim grant to create works depicting the Everglades. Her health suffered, however, and they returned to the North in 1953. The exhibition, which will include about 30 lithographs and two paintings, tracks these different phases of her career and her development as an artist. She was particularly fond of birds, and many images show egrets, roseate spoonbills and the like.

Guest curators Lynn Barstis Williams Katz and Stephen J. Goldfarb, both noted print collectors and experts, not only assembled the exhibition but produced an issue of the museum’s Bulletin devoted to Huntley. Katz wrote a heavily illustrated essay on Huntley, and Goldfarb discovered her previously unpublished autobiographical essays in her papers at the Smithsonian Institution’s Archives of American Art. He compiled several drafts of this life story into a single narrative and footnoted it to provide explanations for readers.

Events associated with the exhibition include:

All events are free and open to the public unless otherwise specified.