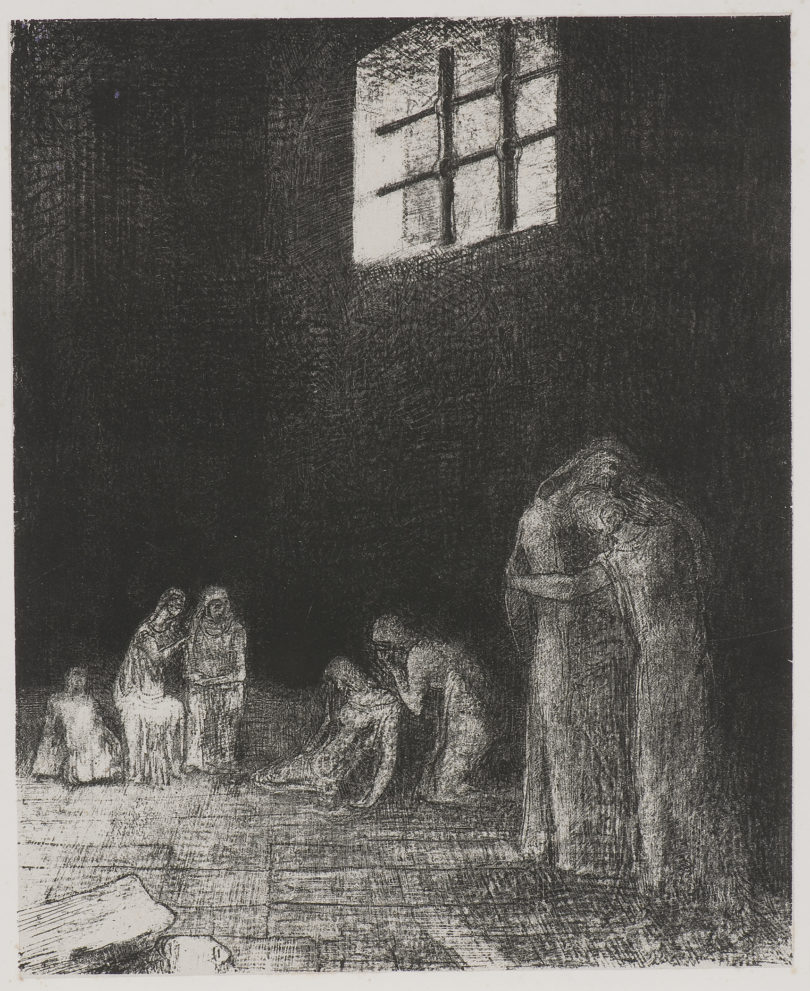 The Georgia Museum of Art at the University of Georgia will present the exhibition "The Nightmare Transported into Art: Odilon Redon's ‘St. Anthony

Flaubert based his novel loosely on St. Athanasius’s “Life of St. Anthony of Antioch,” written ca. 360 A.D. Athanasius’ account describes Anthony’s retiring to the desert at the age of 20 to live as a hermit and the subsequent temptations and torments that he suffered at the hands of the devil. Anthony’s struggle was a popular theme in medieval and Renaissance art, and it enjoyed a revival in the 19th and 20th centuries, when many artists were interested in psychology, spirituality, non-Christian religions, dreams, hallucinations and occult phenomena such as mesmerism (hypnosis).

Introduced to the novel in 1882 by a friend, Redon addressed it in three different series of lithographs, dated 1888, 1889 and 1896. The latter makes up this exhibition, which will be on view during UGA’s 2014 Spotlight on the Arts, a nine-day festival organized by the UGA Arts Council that includes guest performances and special events on campus in film, dance and other arts categories.

Laura Valeri, associate curator of European art at the museum and curator of this exhibition, said, “showing this series of lithographs is exciting for me because Redon is one of my favorite artists. I’ve always loved how strongly his emotions come across in his work. Some of these prints were shown at the museum in 1991, but not the complete set. This will be a unique opportunity for a new audience to see them all together as a series.”

The lithographic prints represent the mysterious and fantastical themes common in Redon’s work and demonstrate the artist’s interests in the expressive possibilities of the lithographic crayon. In contrast to the impressionists, his contemporaries, Redon embraced a color palette of black and white. He also focused his attentions on what was beyond the visible world, whether microscopic creatures only visible through magnification or supernatural forces.

Associated events include two tours of the exhibition led by Valeri, scheduled for Nov. 6 and Dec. 17 at 2 p.m.

Museum Information
Partial support for the exhibitions and programs at the Georgia Museum of Art is provided by the Georgia Council for the Arts through appropriations of the Georgia General Assembly. The council is a partner agency of the National Endowment for the Arts. Individuals, foundations and corporations provide additional museum support through their gifts to the University of Georgia Foundation. The Georgia Museum of Art is located in the Performing and Visual Art Complex on the East Campus of the University of Georgia. The address is 90 Carlton St., University of Georgia, Athens, Ga. 30602-6719. For more information, including hours, see http://www.georgiamuseum.org or call 706-542-4662.