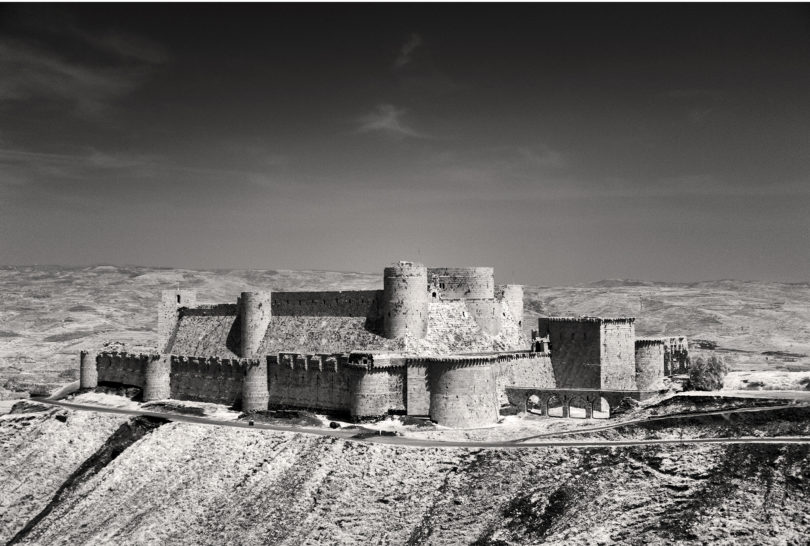 In 2009, while on a family trip to Syria, architectural photographer Peter Aaron shot dozens of images of historic sites. Two years later, as part of the Arab Spring uprisings, protesters demanded that Syrian president Bashar al-Assad step down. Thus began a civil war that has continued to the present day and resulted in the destruction of many of the sites Aaron photographed. “Before the War: Photographs of Syria by Peter Aaron” will be on display at the Georgia Museum of Art at the University of Georgia from Aug. 31 through Dec. 1.

Over thousands of years, many cultures have fought over Syria, with the victors building massive architectural structures. For example, the Temple of Bel originally provided a place to worship a Mesopotamian god. It was closed when the Roman Empire occupied Syria, converted to a Christian church during the Byzantine era, then became a mosque in the 12th century. Combining classical Greco-Roman and Near Eastern architecture, it stood for almost 2000 years but was destroyed by the Islamic State of Iraq and the Levant (also known as ISIS) in 2015. 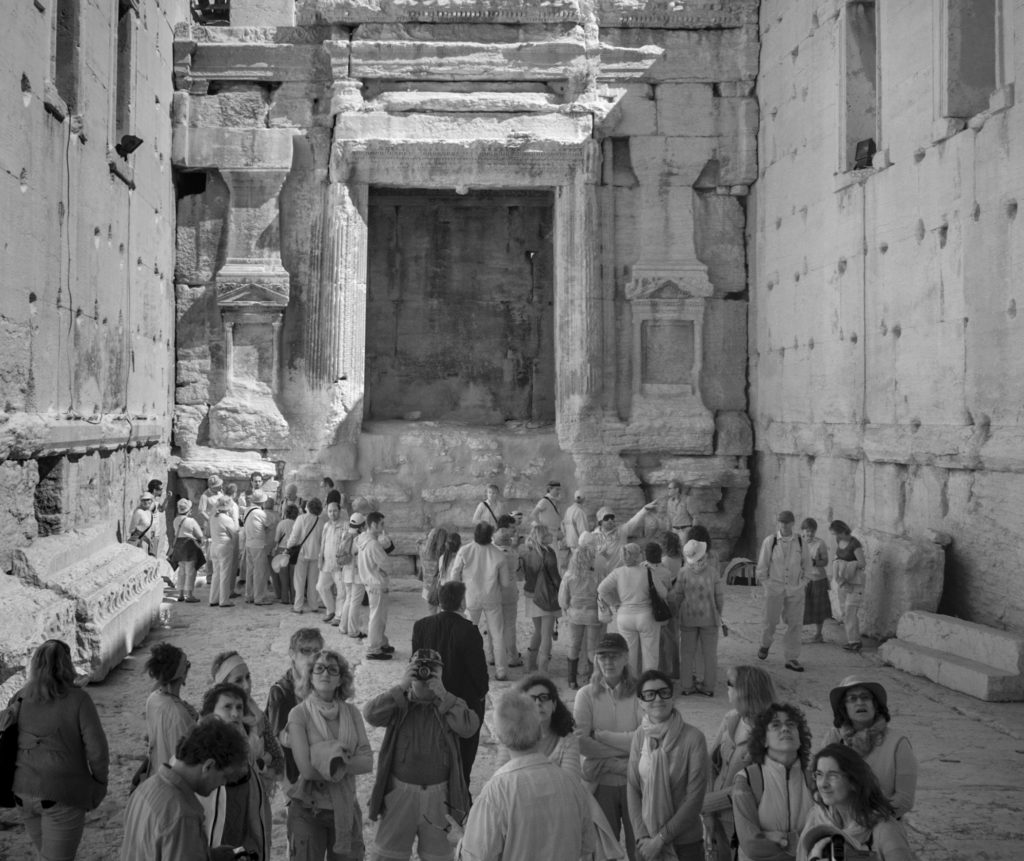 Aaron’s photograph of the Tetrapylon at Palmyra shows an intact platform built by the Romans in the second century CE. In 2017, ISIL intentionally demolished the ancient monument with explosives. Several other architectural monuments that have stood for centuries or longer have been damaged both intentionally and collaterally by the war.

Aaron’s black-and-white photographs of these buildings show the country’s complex sense of collective identity and serve as a reminder of what continues to be lost to war.

Ashlyn Davis, a UGA master’s student in history who has been interning at the museum, worked on organizing this exhibition. She hopes that those who view the exhibition not only appreciate the photographs as works of art, but leave the museum having learned more about the culture of and situation in Syria through educational programming coinciding with the show.

Aaron has been practicing architectural photography for 35 years. His portfolio includes commercial interiors, homes and apartments, institutions, universities, and more. He has captured the constructions of renowned architects including Robert A.M. Stern, Charles Gwathmey, Peter Eisenman and others.

His photographs in this exhibition capture the multicultural cities of Damascus, Aleppo and Palmyra, where ancient architecture from millennia of different civilizations encompasses contemporary activity. Syria has religious and civic monuments constructed by Jewish, Christian, Islamic, Roman and Ottoman peoples as well as others.

Aaron’s work has been exhibited at the 2018 Venice Architecture Biennale and at the Center for Architecture in New York and written about in the New Yorker, Time, Architectural Digest, the Architect’s Newspaper and the Magazine Antiques.