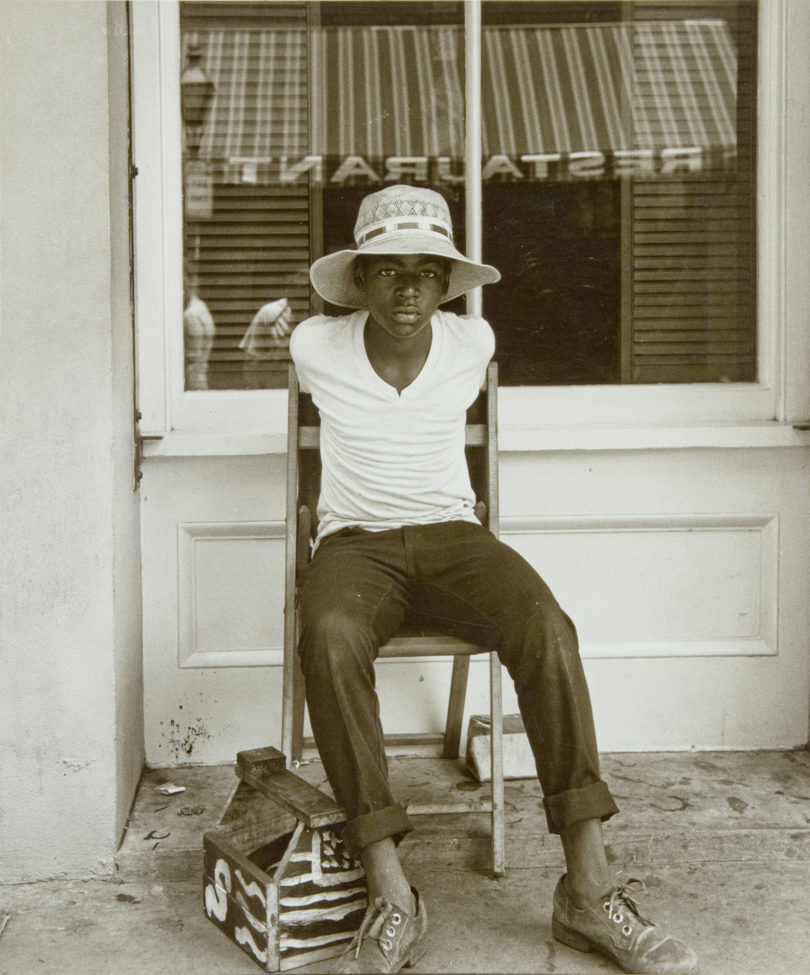 Athens, Ga. – The Georgia Museum of Art at the University of Georgia will present “In Time We Shall Know Ourselves: Photographs by Raymond Smith,” an exhibition of photographs, from Oct. 24 through Jan. 3, 2016. The exhibition is organized by the Montgomery Museum of Fine Arts, Montgomery, Alabama, and by curator Michael Panhorst there.

The exhibition shows 52 hand printed photographs taken by Raymond Smith on a 1974 summer cross-country trip. Smith and his friend set off to see the U.S. They drove an aging Volkswagen from New England through the South and into the Midwest, where the car died, but not before Smith photographed many of the people and places they encountered.

Smith has sequenced the images so that the ensemble is more than the sum of the parts, and he has independently produced a book (published by Peter Hastings Falk Fine Arts Research and Publishing and available for purchase in the museum shop) that illustrates the photographs with commentary by historian Richard H. King and art historian Alexander Nemerov. Smith’s work draws on both his formal education in American Studies and the influence of photographers Robert Frank and Walker Evans (Smith’s mentor at Yale University).

Despite these influences, “In Time We Shall Know Ourselves” stands as an independent statement about America and about photography in Smith’s times and places. Smith has written that his photography is “more closely related to literature, especially fiction … than it is to the other visual arts,” and that the “portrait is primary, and the photograph is a short story exploding beyond its frame.”

These vivid short stories create an epic travel narrative, a great American novel set in the 1970s, he said. The photographs, book and exhibition serve not only as windows to an earlier age, but also as mirrors in which, in time, to learn something of ourselves.

Associated events include:
• The museum’s quarterly reception, 90 Carlton: Autumn, on Oct. 23 at 6 p.m. ($5, free for members of the Friends of the Georgia Museum of Art).
• A public tour by Annelies Mondi, the museum’s deputy director and in-house curator of the exhibition, on Oct. 28 at 2 p.m.
• A talk by Smith focusing on his photograph “Rural Highway, Southern Georgia, After Rainstorm,” on Nov. 19 at 5:30 p.m., to be followed by a book signing.
• An Artful Conversation led by Carissa DiCindio, curator of education, and consisting of an in-depth discussion on selected photographs from the exhibition, on Dec. 16 at 2 p.m.

The exhibition is sponsored locally by the W. Newton Morris Charitable Foundation and the Friends of the Georgia Museum of Art.