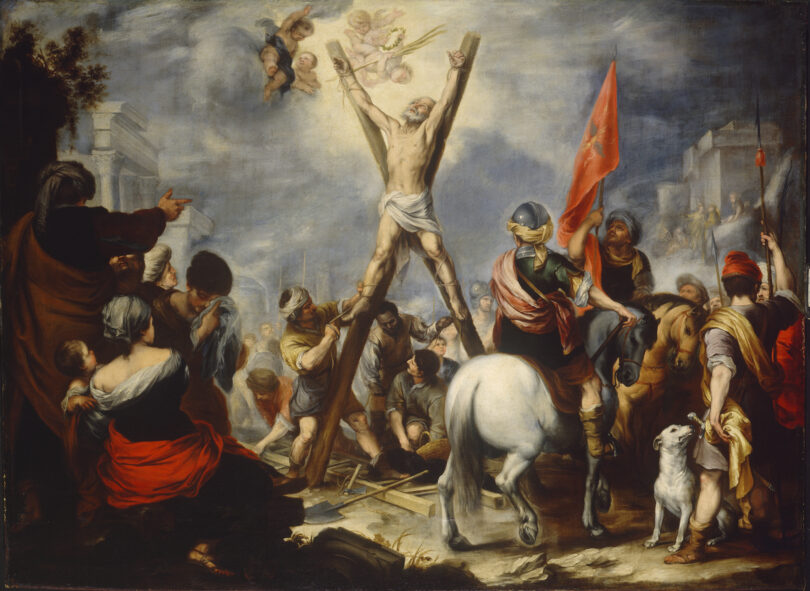 Following up on last year’s extended display of paintings celebrating Caravaggio’s influence, the Georgia Museum of Art at the University of Georgia is now showcasing six more paintings on loan from Bob Jones University Museum and Gallery in Greenville, South Carolina.

The exhibition “Power and Piety in 17th-Century Spanish Art” focuses on the Golden Age of Spanish painting and is on view through November 2021. It features paintings by Francisco de Zurbarán, José Antolínez, Pedro Orrente, Bartolomé Esteban Murillo and Francisco de Herrera, the Elder, marked by dramatic lighting and strong emotion. Wall texts appear in both English and Spanish.

Spain was one of the most important political powers in Europe in the 16th and 17th centuries, partially due to the other countries it colonized. The resources Spain extracted from the places it conquered in the Americas and other parts of the world helped to finance its rulers’ ambitions as well as their patronage of the arts. 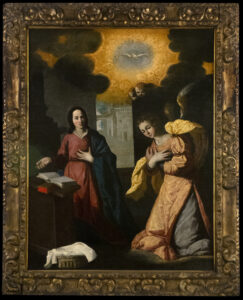 A growth in religious institutions and an ambitious building program sponsored by the royal family and members of the nobility provided artists with opportunities to decorate churches and palaces across Spain. The Counter-Reformation movement defined this period, encouraging artists to represent religious subjects to elicit emotions and piety in the viewer. The goal was to renew confidence in the Catholic faith in response to the rise of Protestantism by highlighting theological differences and focusing on the role of the Virgin Mary and saints.

Nelda Damiano, Pierre Daura Curator of European Art at the Georgia Museum of Art, co-organized the exhibition with Julia Kilgore, Pierre Daura Curatorial Research Assistant, and said, “We are pleased to continue our collaboration with Bob Jones University Museum and Gallery to display examples of 17th-century Spanish painting, which are not present in our permanent collection. This exhibition will truly be a unique opportunity for our visitors to discover a rich period in history of art.”

Related virtual events include Coffee with the Curators, a conversation on Zoom with Damian and Kilgore on Feb. 23 at 1 p.m., and a talk by Dana Bultman, UGA professor of Spanish, through the lens of her expertise in Spanish literature and cultural history, on March 10 at 2 p.m. on Zoom. Both events are free and open to the public but require registration on the museum’s website.