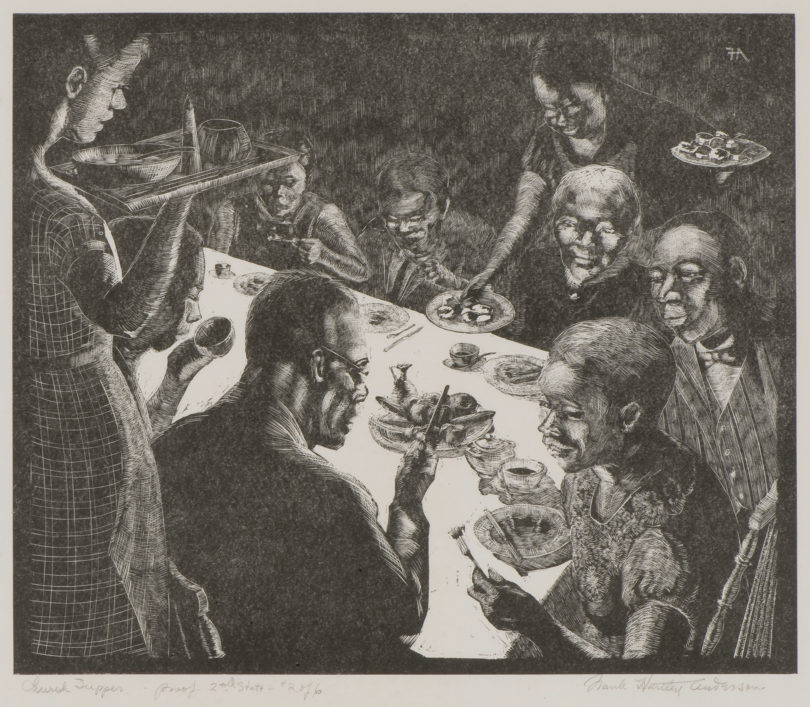 Prints by Frank Hartley Anderson will be on display at the Georgia Museum of Art March 26-June 19.

Athens, Ga. – In 1935, Frank Hartley Anderson founded the Southern Printmakers Society, the only major graphic arts society in the South at the time. For 10 years, the group circulated dozens of print exhibitions throughout the South, a region with few venues for viewing art, but its work was cut short by World War II.

In celebration of the society, the Georgia Museum of Art at the University of Georgia will present the exhibition “Frank Hartley Anderson: Forging the Southern Printmakers Society” from March 26 to June 19.

Organized by guest curator and noted scholar on Southern prints Lynn Barstis Williams Katz, librarian emeritus at Auburn University, the exhibition will display works made by a wide variety of artists who were members of the society.

In 1994, one of Anderson’s daughters placed 73 prints in different media created by the society on long-term loan at the Georgia Museum of Art, and in 2008 she made the gift official.

Anderson and his wife, the former Martha Fort, had a long-lasting impact on the South’s artistic community. By 1930, the two artists had begun collecting and exhibiting art in their home in Birmingham, Alabama. In founding the Southern Printmakers Society, the Andersons let printmakers share ideas and resources, creating touring exhibitions and giving out monetary prizes.

By advertising in Art Digest, a national periodical, Anderson was able to diversify the society’s membership beyond printmakers working in the South. By 1936, the society had organized its first exhibition, displaying more than 200 prints at the Birmingham Public Library. From there, the group went on to organize dozens of other exhibitions and promote artists throughout the U.S.

This exhibition is sponsored by the W. Newton Morris Charitable Foundation and the Friends of the Georgia Museum of Art. It is free and open to the public.

Associated events include a lecture by Katz on April 6 at 2 p.m.; a public tour with Sarah Kate Gillespie, the museum’s curator of American art, on May 25 at 2 p.m.; and 90 Carlton: Spring, the museum’s quarterly reception, $5 or free for members of the Friends of the Georgia Museum of Art. All events are free and open to the public unless otherwise indicated.