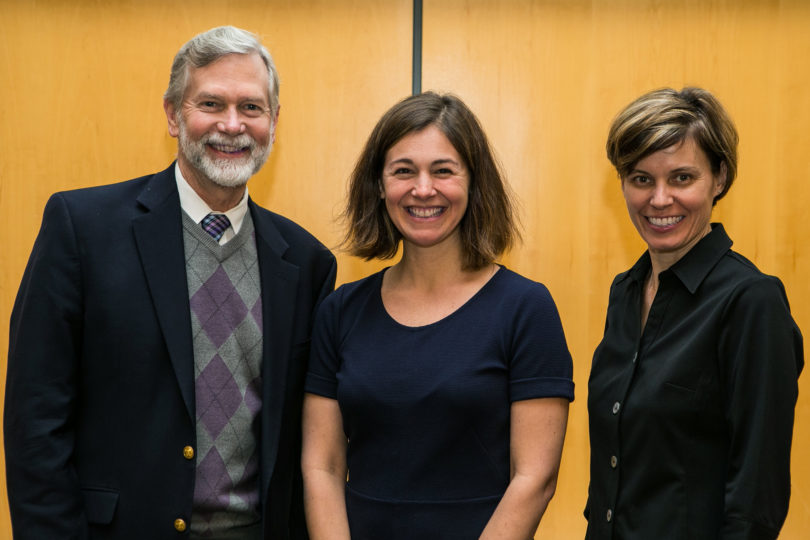 Athens, Ga. – The Georgia Association of Museums and Galleries recently recognized the Georgia Museum of Art at the University of Georgia with its Museum Exhibition of the Year award for “Art Interrupted: Advancing American Art and the Politics of Cultural Diplomacy.”

The exhibition, co-organized by the Jule Collins Smith Museum of Fine Art at Auburn University and the Fred Jones Jr. Museum of Art at the University of Oklahoma, focused on the U.S. State Department’s Advancing American Art project. It was on display at UGA in early 2014.

Advancing American Art began in 1946, with a call for the acquisition of modernist paintings by contemporary American artists. The intent was to travel the art through the Latin American republics, Eastern Europe and Asia. Its objective was to exemplify the freedom of expression enjoyed by artists in a democracy while demonstrating America’s artistic coming of age. Within months after Advancing American Art began its exhibition tours, controversy over the program erupted in the American media, government forums and public discourse. Several of the artists had left-leaning political views and the collection, by design, largely avoided representational styles. Facing intense disapproval from Congress with the prospect of losing all funding for its cultural programs abroad, the State Department recalled the exhibitions and the paintings were sold at auction.

From a checklist of 117 oils and watercolors sold as war surplus in 1948, “Art Interrupted” reunited all but 10 paintings, for which there are no known locations. The exhibition traveled to four museums and attracted nationwide attention.

The Georgia Association of Museums and Galleries is a private, nonprofit statewide organization dedicated to encouraging growth and improving professional practices of museums and non-profit galleries throughout the state. Its annual conference, hosted by a different community each year, is an opportunity for museum professionals, board members, volunteers and supporters to share information and build relationships among Georgia museums and galleries.