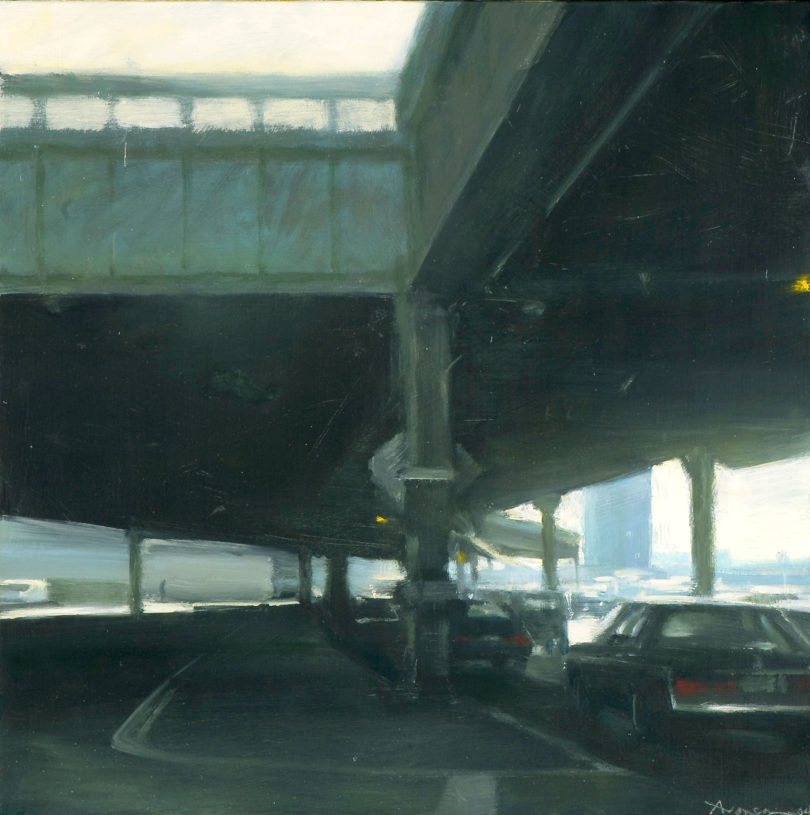 Ben Aronson's "Elevated Roadway" (2004) is part of the "Cityscapes" exhibition on display at the Georgia Museum of Art May 4 to June 30.

The Georgia Museum of Art will host the exhibition Cityscapes by Ben Aronson May 4 to June 30. The exhibition will showcase 17 paintings by the figurative painter that depict both architectural and pedestrian scenes.

Aronson captures fleeting moments and personal memories in his depictions of city life. His paintings feature interplay between light and dark colors, highlighting movement and energy in the compositions.

“Aronson’s energetic painterly style creates a balance between description and abstraction while also highlighting the observance of the underlying geometry of forms that make up the bustling city surroundings,” said Katherine Hefner, intern in the American art department and curator of the exhibition. “His painting style provides the viewer with a characterization of the emotional temperament of the city.”

Aronson received a master of fine arts degree in painting from Boston University in 1982. He has received numerous awards throughout his career and has exhibited his works of art nationally and internationally. His expressive style was influenced by abstract artists in the Boston Expressionist School and Bay Area School such as Richard Diebenkorn, Willem de Kooning, Jack Levine, Franz Kline and his father, David Aronson.