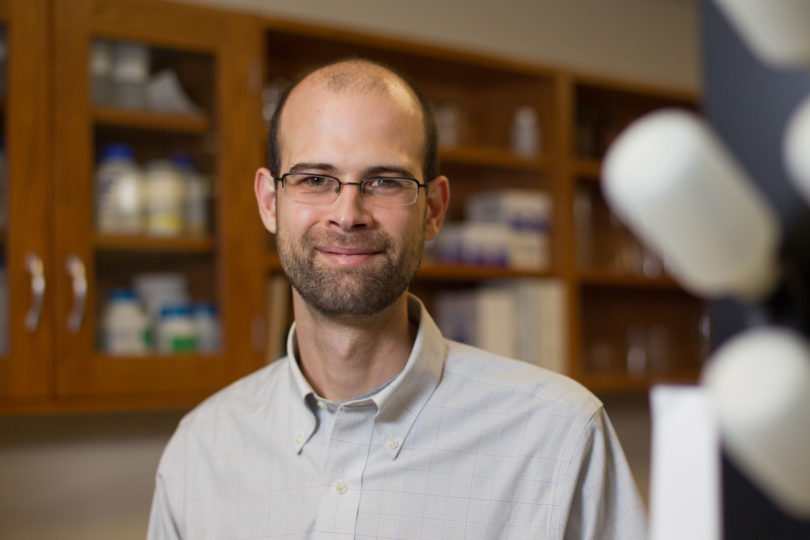 John Drake is a professor in the Odum School of Ecology and director of the Center for the Ecology of Infectious Diseases.

What if there were a way to predict when a species was about to become extinct-in time to do something about it?

Findings from a study by John M. Drake, an associate professor in the Odum School of Ecology, and Blaine D. Griffen, an assistant professor at the University of South Carolina, may eventually lead to such an outcome. And that is only the start. The study also has implications for understanding drastic, even catastrophic, changes in many other kinds of complex systems, from the human brain to entire ecosystems.

The paper, “Early Warning Signals of Extinction in Deteriorating Environments,” was published in the online edition of the journal Nature. It describes the fluctuations in experimental populations of water fleas undergoing environmental stress until they reach a tipping point beyond which they do not remain viable. The study is unique in its careful comparison of these stressed populations with healthy populations in the context of new theories about dynamic systems undergoing transitions at a tipping point, particularly a phenomenon known as “critical slowing down.”

“This is the first experimental demonstration of critical slowing down in a biological system,” said Drake.

Critical slowing down is a term used to describe a pattern in data that has previously been observed in physics and the earth sciences, but until now has been only a theoretical possibility in biology. It describes the decreasing rate of recovery from small disturbances to a system as it approaches a tipping point. When a system is close to a tipping point, it can take a long time to recover from even a very small disturbance.

The researchers next looked at a variety of statistical indicators, warning signals that could detect the onset of CSD and thereby predict the approach to a tipping point. They compared the indicators with the timing of the decrease in food and with the achievement of the tipping point, mathematically referred to as the “transcritical bifurcation.” They found that each of the indicators signaled the approaching tipping point before it was reached.

According to Drake, what is even more important is the generality such statistical indicators are expected to exhibit. That is, although precise quantitative models are required to predict natural phenomena accurately, the theory of critical slowing down applies anytime a bifurcation is in the vicinity.

“You don’t have to know the underlying equations to use the theory. And this is important in biology, where the dynamics are typically sufficiently complex that we often do not know which equations to use,” Drake said.