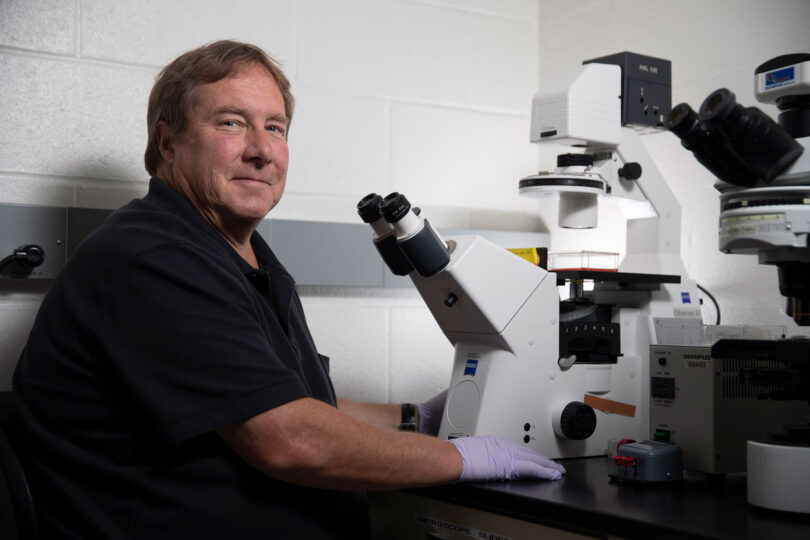 GRA Eminent Scholar Ralph Tripp and his team found that probenecid, a drug used to treat gout, may also keep people from getting sick from COVID-19. (Photo by Peter Frey/UGA)

As COVID-19 cases continue to skyrocket across the U.S. and the world, few options are available for treating patients infected with the SARS-CoV-2.

But new research from the University of Georgia offers hope for a viable therapeutic to combat the disease that has claimed more than 4 million lives worldwide.

Published in Nature’s Scientific Reports, the study found that probenecid has broad antiviral properties, making it a prime candidate to combat not only SARS-CoV-2 infection but also other common and deadly respiratory viruses like RSV and flu.

Probenecid is an FDA-approved medication that’s primarily used to treat gout, and it’s already widely available in the U.S. The drug has been on the market for over 40 years and has minimal side effects. 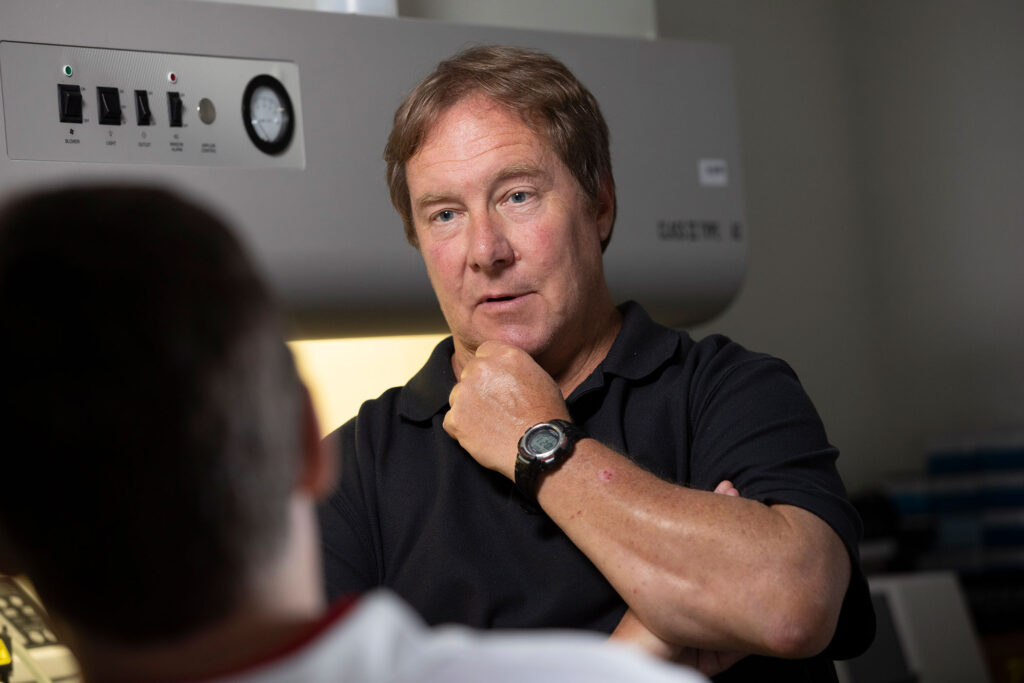 “There’s really nothing out there to safely fight these viruses,” said Ralph Tripp, lead author of the study and GRA Eminent Scholar of Vaccine and Therapeutic Studies in UGA’s College of Veterinary Medicine. “This antiviral works for all RNA respiratory viruses we tested, including SARS-CoV-2. RSV, coronavirus and flu all circulate in the same season. Bottom line is you can potentially reduce infection and disease using this one oral drug.”

Viruses work by coopting a person’s own cells to replicate and produce more of the virus. Probenecid blocks that replication process, keeping the virus from infecting the individual’s cells.

In clinical development at the pharmaceutical company TrippBio, Tripp showed the drug works as a prophylactic prior to virus exposure and as a post-exposure treatment in animal models against SARS-CoV-2 and flu. The drug also has proven effective in fighting the RSV in vitro, and in vivo studies are in progress.

Although the drug would primarily be used after a person is positive for the virus, the prophylactic findings mean people with known exposures could also potentially take the drug to prevent getting sick.

The current go-to treatments for seriously ill COVID-19 patients, remdesivir and monoclonal antibodies, can only be given through an IV. And by the time a COVID patient needs them, it’s often too late.

“These treatments have seen some effectiveness against SARS-CoV-2, but they’re very expensive and very hard to come by,” Tripp said. “In reality, there are only a handful of options that can actually be used because of the cost, restricted IV usage, and lack of access. That’s not very useful to the world.”

Probenecid, on the other hand, is widely available. Primary care physicians could prescribe a pill to patients, and they could pick it up at their local drugstore.

SARS-CoV-2, RSV and flu have a huge impact on health systems throughout the world. Probenecid has a potent antiviral effect against these viruses, and it works safely.” — Ralph Tripp, GRA Eminent Scholar of Vaccine and Therapeutic Studies

Repurposing drugs that are already approved to work against one problem is common. For example, remdesivir was originally intended to fight Ebola virus, but when it showed some promise in fighting the coronavirus, it was enlisted to battle COVID-19.

In addition to preventing illness before it starts, probenecid may also potentially increase the efficacy of other treatments. Probenecid is already used to up the potency of some antibiotics, so it’s possible the medication could work in conjunction with other COVID-19 treatments as well.

Now the researchers are investigating what dosage of probenecid could have the biggest impact fighting viruses in people. TrippBio is set to begin clinical trials of the medication within the year.

“SARS-CoV-2, RSV and flu have a huge impact on health systems throughout the world,” Tripp said. “Probenecid has a potent antiviral effect against these viruses, and it works safely.”