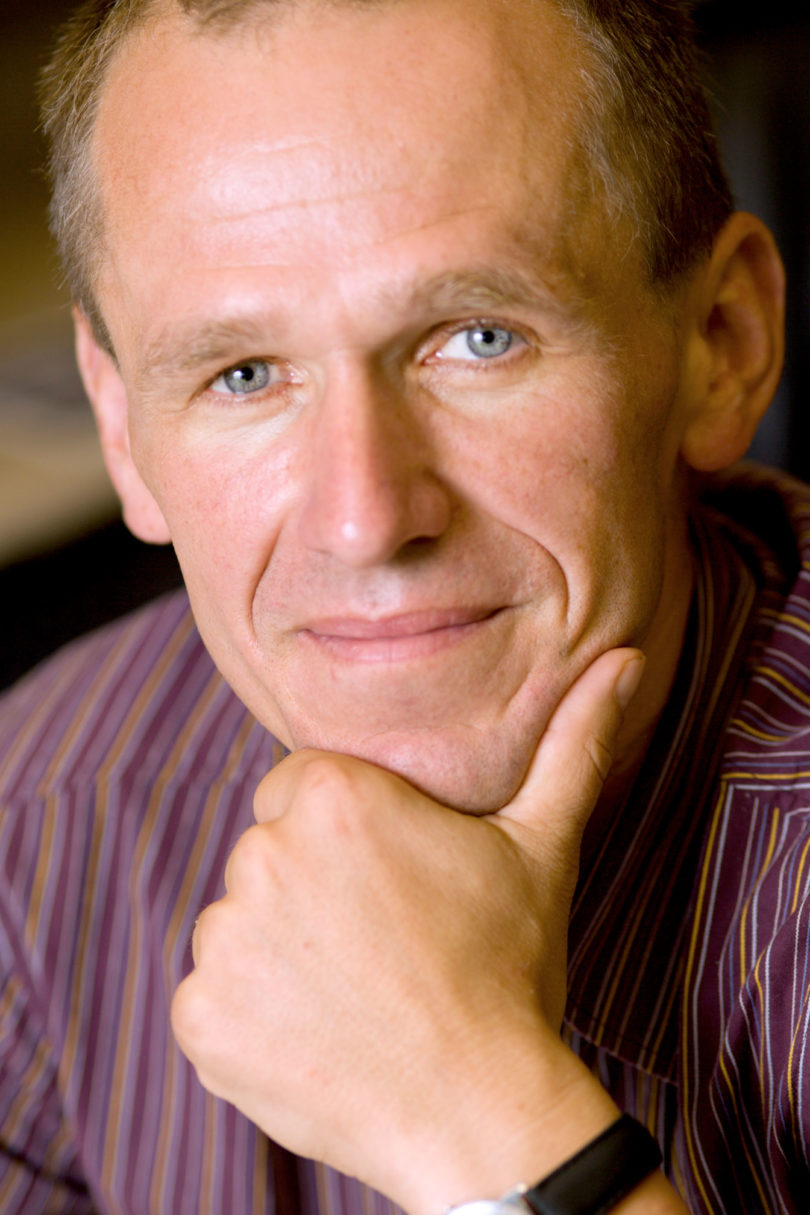 A worldwide search for a researcher to help lead the state’s avian vaccine development efforts has brought German scientist Egbert Mundt to the University of Georgia. Mundt, one of the world’s foremost experts in poultry vaccines, is UGA’s latest Georgia Research Alliance Eminent Scholar and its first Caswell Eidson Chair in Poultry Medicine.

Mundt holds eight patents, including one for a system that uses a technique known as reverse genetics to tailor make vaccines by manipulating the virus that causes infectious bursal disease-a costly ailment to the poultry industry. In addition, Mundt has provided a key element of a new diagnostic test for avian influenza that is cheaper and safer than traditional methods.

“We were obviously looking for somebody who is a tremendous scientist,” said John Glisson, head of the department of population health at UGA’s College of Veterinary Medicine. “But we were also looking for someone who, by their nature, wanted to interact with private industry and bring research to the marketplace. We have clearly found what we were looking for in Dr. Mundt.”

Mundt comes to UGA from the Federal Research Institute for Animal Health, Friedrich-Loeffler-Institut, the German equivalent of the U.S.’ Plum Island Animal Disease Center. His lab at UGA’s Poultry Diagnostic and Research Center is across the street from one of Georgia’s proposed sites for the National Bio and Agro-Defense Facility, which would conduct research that aims to protect against and respond to threats from biological and agricultural terrorism.

The researcher’s lab is also near the USDA’s Richard B. Russell Agricultural Research Center, UGA’s Animal Health Research Center and the animal health company Merial, which has its vaccine development facilities in Athens.

Mundt said the ability to work in a hub of infectious disease research attracted him to Georgia. He said the same topic is often viewed differently by scientists in different fields, and science thrives where talented researchers can bounce ideas off each other.

“What I’ve experienced is that one very important thing for researchers to do is to talk, to communicate,” he said. “Without communication you do not improve your results.”

The Georgia Poultry Federation has been a leader in the fundraising effort that brought Mundt to UGA. Funding for Mundt’s endowed professorship includes $1.5 million donated by several companies and individuals, including Merial, Intervet, Aviagen and Hiram Lasher of Millsboro, Del., a pioneer in the poultry vaccine industry. The endowed professorship is named in honor of Caswell Eidson, a faculty member in the UGA College of Veterinary Medicine for more than 20 years.

“His substantial expertise in poultry research is a great boost for the poultry industry, which is the largest segment of agriculture and agribusiness in Georgia. We are excited about this opportunity for industry collaboration and
assistance,” he added.