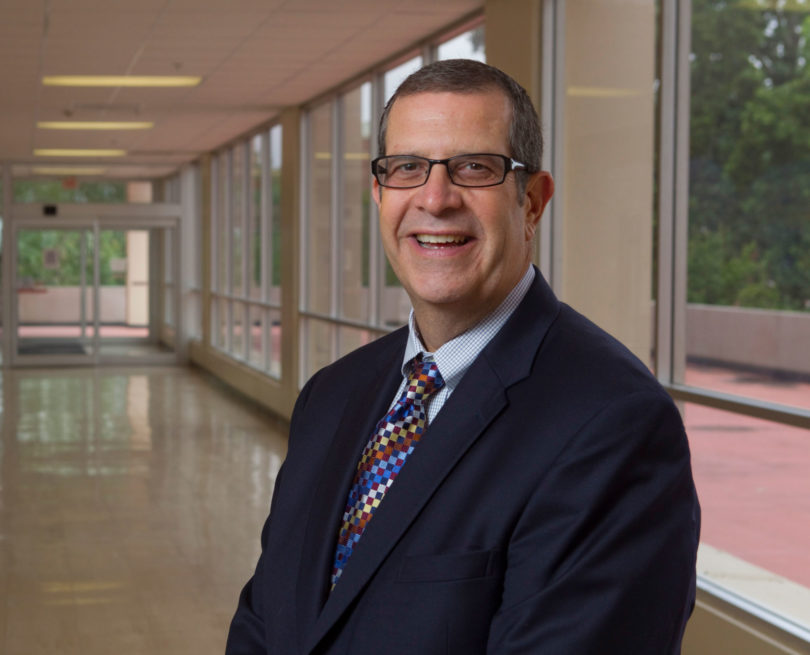 Homecoming came early this year for Charles N. Davis, the new dean of the Grady College of Journalism and Mass Communication.

Davis, who grew up in Athens and received his master’s degree in 1992 from the Grady College, took the helm of the journalism and mass communication college in July after 14 years as a faculty member at the Missouri School of Journalism.

An expert in freedom of the press and public records issues, Davis was also a facilitator for the University of Missouri’s Media of the Future Initiative.

For Davis, who said he has been “a Bulldog since I was 4 years old” and who wore red and black to the UGA versus Missouri football game in Columbia last year, this homecoming was too good to pass up.

“Ultimately, what it came down to: It was Grady; it was Georgia; it was Athens,” Davis said. “That had everything to do with it.”

As Davis takes the reins of the Grady College, he faces both opportunities and challenges as he works to build on the accomplishments of faculty and alumni and help students face a shifting landscape in the fields of journalism and mass communication.

Becoming the dean of the Grady College wasn’t just about nostalgia, Davis said. It also was about the opportunity to help lead a well-respected organization poised for great things.

“Grady is at a point where it is ready for the next stage in its development,” Davis said.

Combine that accomplished faculty with a distinguished alumni base, and Davis expects those two will help drive the college’s future.

Davis’ confidence about the Grady College’s future comes at a time when many are proclaiming an inevitable demise to the journalism industry in the digital age.

Davis doesn’t believe that demise is coming. Instead, he said, “Journalism is in a period of seismic transformation.”

Despite the challenges, Davis said he is an “unabashed optimist” about the survival of journalism.

As he tells journalism students, “Out of chaos comes great opportunity.”

Davis said current Grady College students will have an opportunity to help remake the industry and solve some of its fundamental problems, and some may be able to “profit greatly” from developing innovative models.

As a journalism and mass communication college—with specialties in journalism, public relations and advertising, and telecommunications—Davis said, the Grady College is set to tackle the challenges facing media industries. Part of that is because faculty at the college can teach across media platforms.

Grady College students already are getting a crack at firsthand experience in the field—thanks to internships with major media organizations and other corporations based in Atlanta.

In addition, Davis said the college further will address what he describes as a gap between how mass communication is taught in the classroom and how it is practiced in the field. That means the Grady College will look to partner with private industry in research, sparking innovation and creating more internship opportunities for students.

That’s where his role as the face of the college will come into play.

“What it takes is good old-fashioned sweat equity,” he said. “You’ve got to walk the hallways and call the leaders, and tell them that you’re open for business.”

That’s also where Davis’ ties to UGA will come in handy.

“I bleed red and black,” he said. “It’s very easy for me to be energetic and enthusiastic about the University of Georgia because it’s not some contrivance.”

While innovation and hard work are the keys to Grady’s successful future, there is one more element Davis said will have to be a factor at the Grady College.

That phrase was on the last slide of Davis’ presentation to faculty and students when he was a candidate for the job last spring.

It also was an important part of the Grady College experience when he walked the halls as a student.

“I want this to be a joyous place,” Davis said. “I want to continue the culture of a warm Grady College that I remember fondly.”