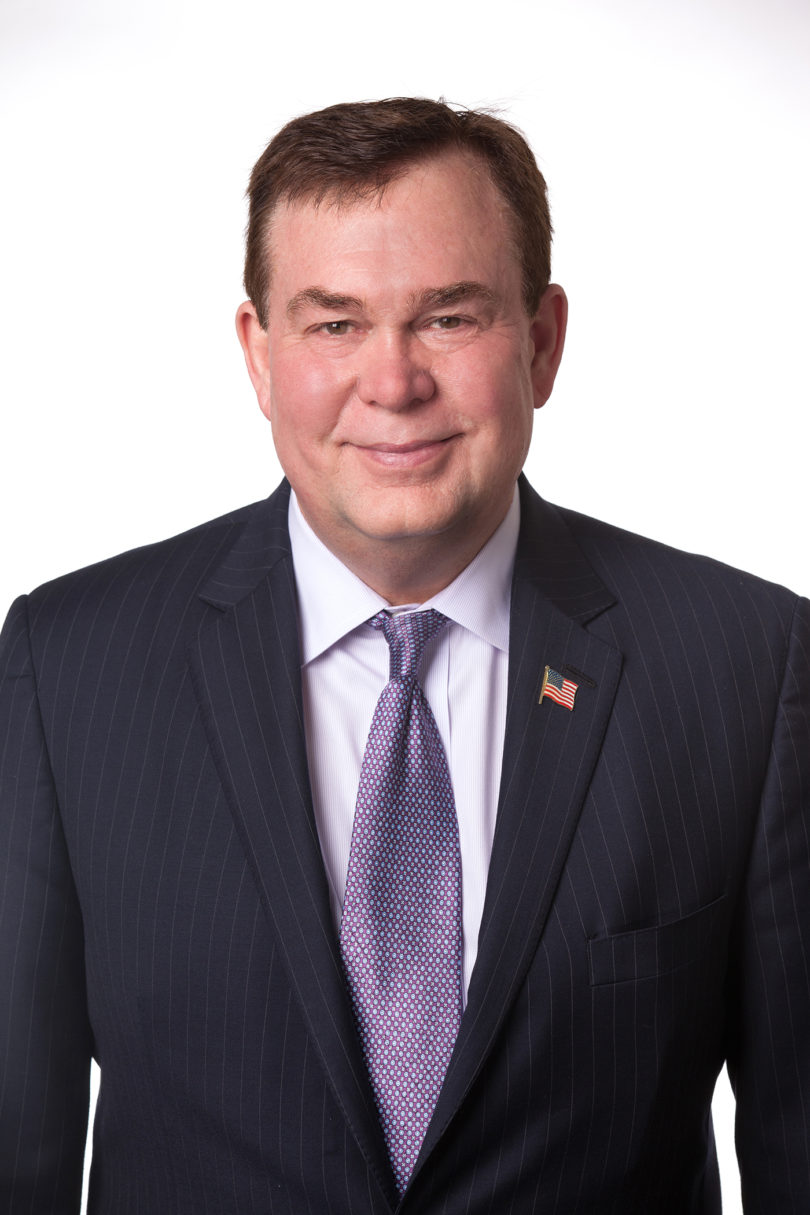 Athens, Ga. – The University of Georgia Grady College of Journalism and Mass Communication will induct eight members into the Grady Fellowship May 6.

Established in 2008, the Grady Fellowship honors friends of the college whose accomplishments, friendship and service to the industries they serve have made a positive impact on Grady College. This year’s honorees are Tony Barnhart, Eddie Garrett, Jeff Gregor, Jan Jones, Brad MacAfee, Hala Moddelmog and Monica Kaufman Pearson.

Ernie Johnson, who is being honored with a Grady College alumni Lifetime Achievement Award, will also be inducted into the fellowship.

“The Fellows represent the iconic figures of Grady’s past, present and future,” said Charles Davis, dean of Grady College. “They stand as the embodiment of the college’s values and surround us with their achievements. This year’s class underscores the reach and scope of careers launched at Grady, with stars and opinion makers in each of the disciplines taught in our classrooms.”

Two alumni, Walter “Harley” Bowers and James “Billy” Watson, will be inducted that same evening into the Sanford Circle, a posthumous membership created to honor friends of Grady College whose achievement and generosity of spirit remain with the college.

Tony “Mr. College Football” Barnhart recently completed his 40th year of covering college football for newspapers, radio, television and the Internet. He has also written five books about college football and is currently a college football analyst on the SEC Network. Among his numerous honors is the 2009 Bert McGrane Award given by the Football Writers Association of America. He is a product of the journalism program at Grady College.

Eddie Garrett is executive vice president, head of strategy for the public relations and consumer marketing firm Weber Shandwick in Chicago. He currently serves as vice chairman of the Peabody Awards Board of Jurors, and is a member of the Grady College Board of Trust, the Museum of Broadcast Communications in Chicago and the National Advisory Marketing & Communications Council for the Trust for the National Mall in Washington, D.C. He earned both his Bachelor of Science in Agriculture and an MBA from UGA in 2006 and 2008 respectively.

Jeff Gregor was named the chief catalyst officer for TBS & TNT in November after spending the previous 16 years in other roles with TBS & TNT. He also serves as chief marketing officer. Prior to TBS & TNT, Gregor worked at Coca-Cola and Wunderman Cato Johnson, a Young & Rubicam marketing services agency. Gregor serves on the Grady College Board of Trust. He earned a Bachelor of Arts in economics from Albion College in Michigan.

Jan Jones is the state representative for Georgia House District 47 serving north Fulton County, including Roswell, Milton, Alpharetta and Mountain Park. She also serves as speaker pro-tem. Prior to being elected to office in 2003, Jones served as a marketing executive for Home Box Office and also owned and operated a small business. She earned her journalism degree from Grady College in 1980 and she also has an MBA in finance from Georgia State University.

Brad MacAfee is the CEO in charge of global operations for Porter Novelli. Previously, he was president of North America operations at Porter Novelli. MacAfee draws from more than 30 years of public relations experience on both the agency and corporate sides. He is also an advisory board member for Metro Atlanta Chamber, and serves as a board member for the Junior Achievement of Georgia and the Grady College Board of Trust. He earned his Bachelor of Arts in telecommunications from Indiana University.

Hala Moddelmog is the first female president and CEO of the Metro Atlanta Chamber. Prior to joining MAC, Moddelmog served as president of Atlanta-based Arby’s Restaurant Group, president and CEO of Susan G. Komen for the Cure and president of Church’s Chicken. Moddelmog serves on multiple boards including the Georgia Tech Scheller College of Business, the Georgia Public Telecommunications Commission and the Woodruff Arts Center. She earned her master’s from Grady College in 1981, and has a Bachelor of Arts and an honorary doctorate degree from Georgia Southern University.

The new members of the Sanford Circle are:

Walter “Harley” Bowers (1921-2002) was the sports editor of The Macon Telegraph and former executive sports editor for The Macon Telegraph and News. During his 54-year career there, he wrote more than 11,000 columns. Prior to his time in Macon, he worked at The Atlanta Constitution, The Columbus Enquirer and The Albany Herald. He was inducted in the Georgia Sports Hall of Fame in 1986. He graduated from UGA in 1942.

James “Billy” Watson (1938-1995) was a publisher of the Columbus Ledger-Enquirer, and general manager and executive editor for the Macon Telegraph and News prior to that. He was inducted into the Georgia Newspaper Hall of Fame in 2011. He graduated from UGA in 1960.

The Grady Fellowship induction will take place along with a presentation of the alumni award winners at “Grady Salutes: A Celebration of Achievement, Commitment and Leadership” to be held at the Georgia Center for Continuing Education.