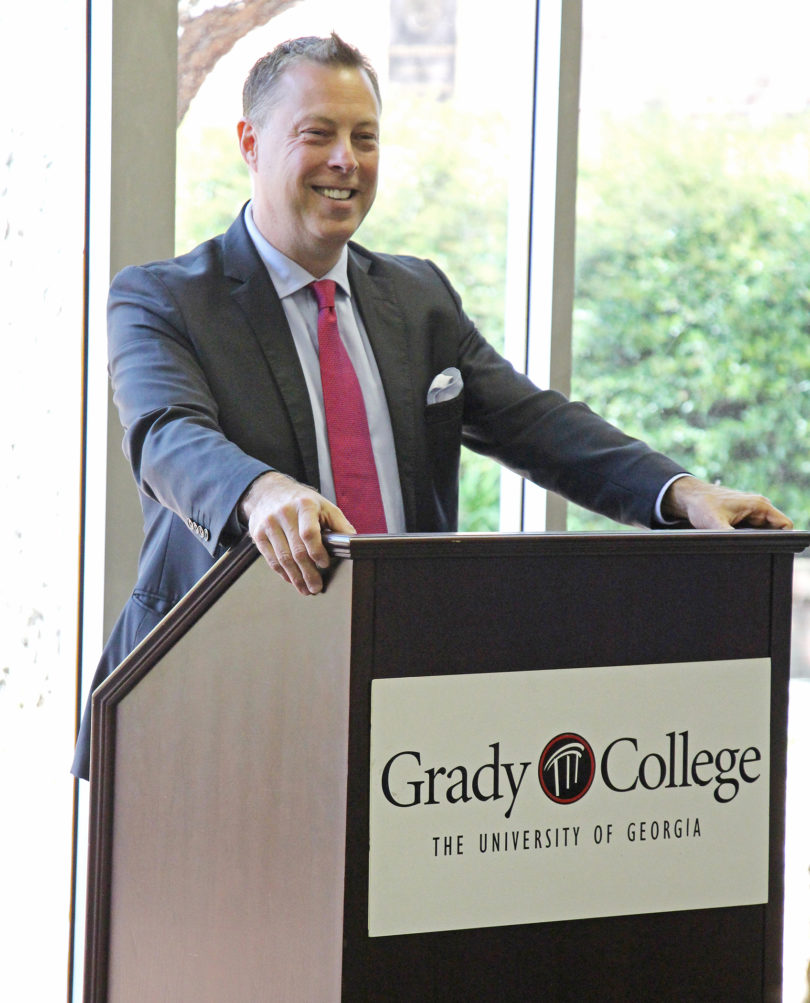 After working various jobs in his 20s, O’Connor pursued his life-long dream of working abroad by moving to Budapest, Hungary, in 1992. He joined, and soon purchased, the fledgling Budapest Business Journal and soon after founded the Warsaw and Prague Business Journals. His newspapers were heavily supported through advertising sales, an unusual phenomenon in post-Communist Europe. He also became an early Internet company investor, owned a pan-European conference business and employed several hundred people in three countries.

“The catharsis I experienced due to this personal journey inspired me to believe that everyone has similar hopes and dreams to be a part of something bigger than themselves and leave a mark in this world,” said O’Connor. “I feel we are all capable of reinvention if we accept that constant change is the only other guarantee in life alongside death and taxes.”

Since his flagship trip to Hungary, O’Connor has become an opinion leader on freedom of press issues, entrepreneurship and the need for governments to inspire growth in small- and medium-size businesses.

O’Connor has held several leadership positions with organizations including the American Chamber of Commerce in Poland and Hungary, Junior Achievement Hungary, Eötvös Loránd University and Big Brothers Big Sisters in Russia. He was also awarded the Medal of Economic Freedom by the Government of Hungary in 2005.

“Stephen is a successful story of seeing opportunity and taking advantage of it to build a successful business based on advertising and media,” said Tom Reichert, head of the department of advertising and public relations. “We believe it is important to recognize successful entrepreneurs as we seek to foster those values in our students.”

A native of Philadelphia, O’Connor moved to Athens, Ga. in 2008.