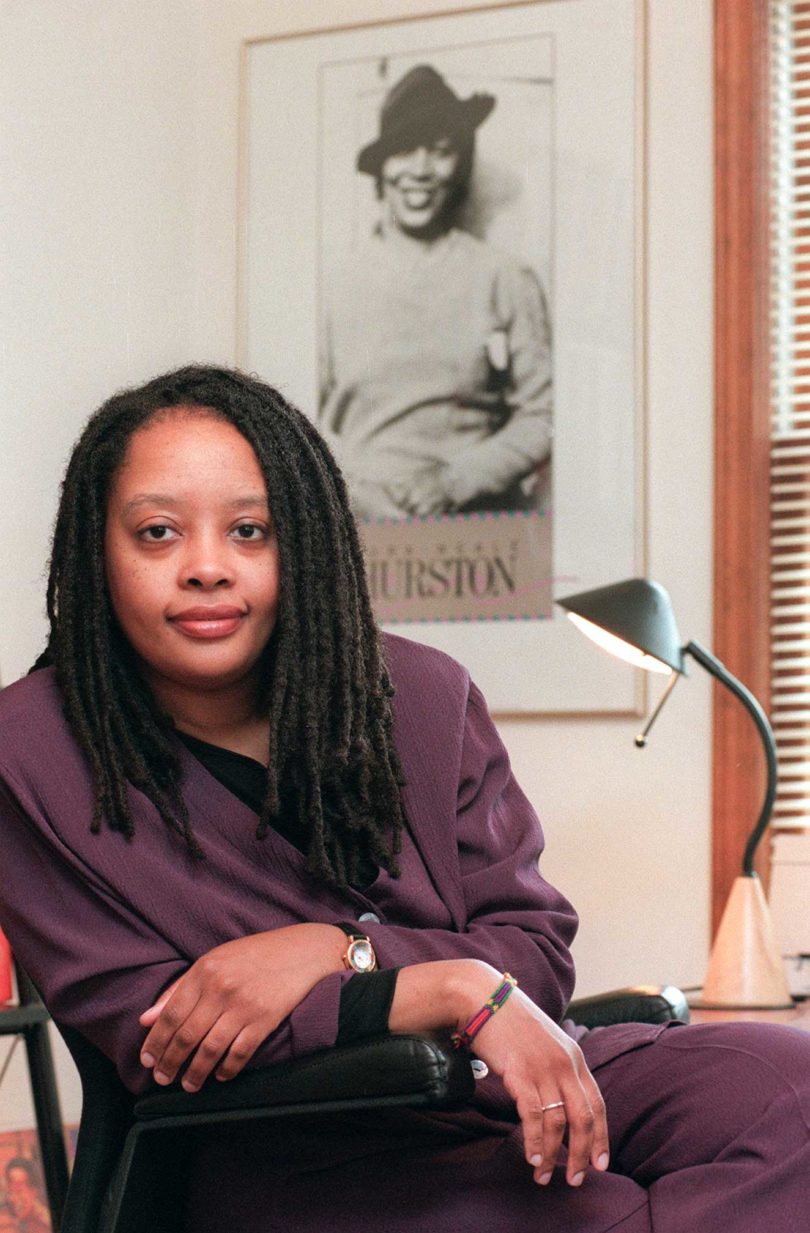 Valerie Boyd freely admits that she was “that” kind of kid.

“I was always the writer kid—the kind of kid who wrote poems,” she said. She recalls her parents making her read her poems at family reunions. Looking back at their enthusiastic support, she’s grateful.

“They always encouraged my writing, sometimes to embarrassing lengths,” she said laughing.

Boyd’s parents are still enjoying the many writing successes of their daughter, who went on to enjoy a career as a magazine founder and editor, newspaper journalist, acclaimed book author and now a teacher of writing in UGA’s Grady College of Journalism and Mass Communication. An assistant professor of journalism, the Atlanta native was also named the college’s first Charlayne Hunter-Gault Distinguished Writer-in-Residence in 2007.

“No black kid grows up in Georgia without knowing the story of how Hunter-Gault and Hamilton Holmes integrated this university,” Boyd said. “Charlayne’s story rang loudly for me because I wanted to be a journalist. I grew up watching her on the ‘McNeil-Lehrer Hour.’ To have a position that carries her name is just amazing. I can’t tell you how full circle it feels.”

Hunter-Gault’s influence and a fateful Career Day sent the budding poet on a new career track at age 13.

“I learned there was a job called a journalist and that you could write every day and get paid for it,” she said.

After graduating from college, Boyd returned to Atlanta and was hired as a copy editor at The Atlanta Journal-Constitution.

Boyd held several titles at the newspaper before resigning in 2004 as its arts editor.

“Arts editor was my dream job in journalism, but I would walk into the building at 9 a.m. and not leave until 7 p.m. There just was no time for my own writing. Coming to UGA was a way to nurture young writers and to commit myself to my career as an author,” she said.

The Stone Mountain resident also would like to teach a graduate-level literary journalism course next year.

“Students take the values of truth, reporting and research that’s required in journalism, then craft a story using the tools of the novelist,” she said. “The best literary journalism is facts that read like fiction.”

Boyd speaks from experience. Her 2003 biography, Wrapped in Rainbows: The Life of Zora Neale Hurston, was published to wide critical acclaim and won a 2003 Southern Book Award and a 2004 Notable Book Award from the American Library Association. Boyd was also recognized as 2004 Georgia Author of the Year.

Her next book, Spirits in the Dark: The Untold Story of Black Women in Hollywood, will trace the history of African-American women in film and television throughout the 20th century. It will be published in 2009 by Knopf.

She also regularly writes book reviews for The Washington Post, Los Angeles Times, The Atlanta Journal-Constitution and Paste magazine. The one thing she doesn’t write any more?

“Believe me,” she said with a chuckle, “there’s good reason why I left poetry behind at the family reunions.”