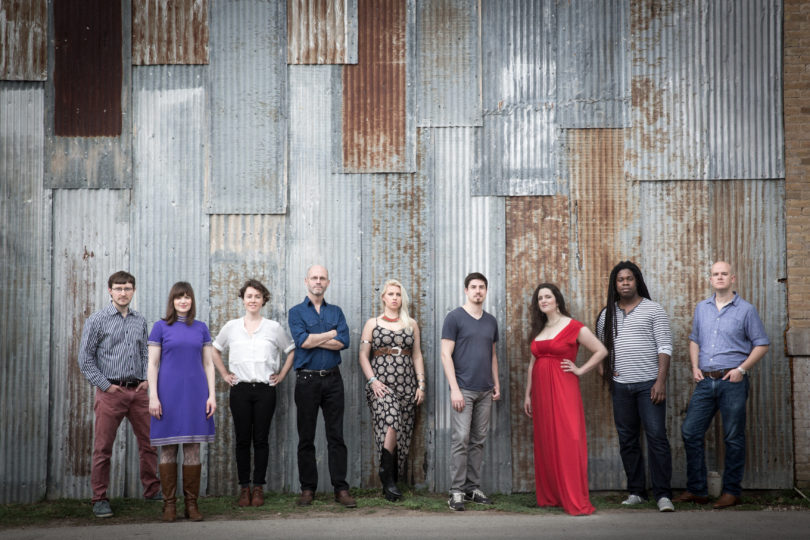 UGA Presents is bringing Roomful of Teeth to UGA Jan. 16 for a 7:30 p.m. performance in Hodgson Concert Hall. The Grammy-winning vocal ensemble will perform a program featuring works written specifically for them.

Founded in 2009 by singer and composer Brad Wells, Roomful of Teeth is a genre-defying vocal project dedicated to reimagining the expressive potential of the human voice. The ensemble gathers annually at the Massachusetts Museum of Contemporary Art (Mass MoCA) where they study with masters from vocal traditions the world over. The eight-voice ensemble continually expands its vocabulary of singing techniques and, through an ongoing commissioning process, forges a new repertoire without borders.

Roomful of Teeth’s Athens program will include “AEIOU” by composer Judd Greenstein. “‘AEIOU’ was written at Mass MoCA in the summer of 2009, during the first-ever assemblage of Roomful of Teeth. I came up for the second week of their residency, not knowing what the group was capable of doing. “AEIOU” uses the five basic vowel sounds as an ordered set, while the sonic landscape is a tapestry of interwoven yodels, throat singing and straight-tone clarity. It’s an extremely challenging work and could only be performed by the singers of this incredible ensemble,” said Greenstein.

Tickets for the concert start at $25 and can be purchased at the Performing Arts Center box office, online at pac.uga.edu or by calling 706-542-4400. A limited number of discounted tickets are available to current UGA students for $6 to $10 with a valid UGA ID (limit one ticket per student).

Brad Wells, artistic director of Roomful of Teeth, will give a pre-performance talk at 6:15 p.m. in Ramsey Concert Hall. The talk is open to the public.