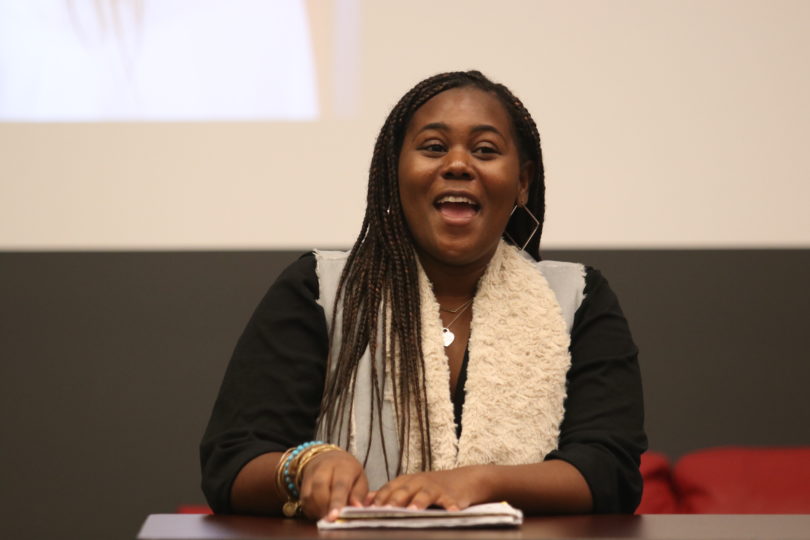 Giving Voice to the Voiceless is compiling alumni oral histories

Looking back on history of the first black students at the University of Georgia will bring up names like Charlayne Hunter-Gault, Hamilton Holmes and Mary Frances Early.

While these trailblazers built the foundation for integration at the University of Georgia, there are many more black students throughout the 1960s and 1970s who paved the way for the diverse culture that UGA students have today, but little is known of their stories.

That is changing thanks in part to the Giving Voice to the Voiceless grant, established by Hunter-Gault and her husband, Ron Gault. Through the Giving Voice to the Voiceless grant, a team from the Hargrett Rare Book and Manuscript Library has started the Black Alumni Oral History Project. The project is collecting personal recollections from black students so they can share and document their oral histories and their time at UGA. 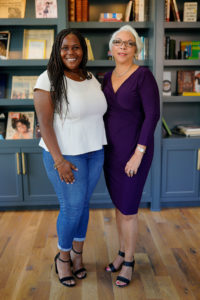 The project is directed by Steven Armour, a librarian at the Hargrett Library, who said the project was inspired by an interview that Hunter-Gault conducted in 2017 with the first three black students admitted to UGA as freshmen—Mary Diallo, Kerry Rushin Miller and Harold Black. Holmes, Hunter-Gault and Early all entered UGA after their freshman year.

“It got me thinking about all of the other unheard stories and unknown names associated with black struggle on campus in the 1960s and ’70s,” Armour said. “I was very excited when I discovered the Giving Voice to the Voiceless grants program because its scope is a great match for this project. It’s also a grant for students, and it felt like a project ripe for an ambitious student interviewer.”

“Above all else, this fund has allowed people to identify their stories, stories that matter,” said Carter of her experience. “Many who I have interviewed have said, ‘you are the first person who has asked me about my experience at UGA.’” 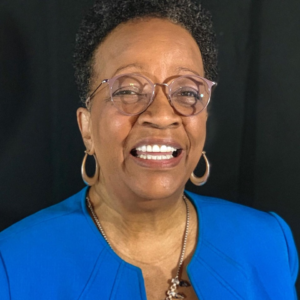 Armour and the University of Georgia Alumni Association were instrumental in identifying and finding the initial participants in the oral history, and word of mouth has attracted others. After initial research, Carter met with each to record their recollections from their time at UGA.

While some of the recollections are memories of forging new paths, other stories reflect a continued culture change on campus with stories of racism, bias and protests in classrooms, dorms and around campus. All the interviews focus on student life: where the students lived, what groups were they involved with like the Black Student Union and the many struggles they faced with being among the first black students on campus.

Miller, a pastor, recalls seeing news footage of Hamilton Holmes and Charlayne Hunter integrating UGA and her determination to attend school here. She entered as a freshman in 1969, just eight years after Holmes and Hunter entered UGA.

“The impact of their integration and what they went through made me want to go there,” said  Miller, who graduated from the same high school, Turner High School in Atlanta, as Holmes and Hunter did. She recalls when she arrived, there were just over 19,000 students but only 10 black students who entered UGA that same year.

The legacy of such a project does not fall lightly on Carter, and she is grateful for the personal awareness the project has brought her.

“Being involved with this project has helped me grow personally,” Carter said. “Hearing these stories has made me a lot more enlightened, more awakened.

“It’s something special to sit in a room with someone else who had it so much harder. It makes you realize you are exactly where you need to be, and that others worked hard to make sure that I am here,” Carter said.

Carter graduates in May 2020, but she plans to conduct a few more interviews this semester before handing off the baton to someone else to continue. “This is something that I hope lives on forever. These are stories that deserve to be told,” she said.

In the meantime, the voices and lessons continue playing in Carter’s ears and she is grateful for the path these black students paved for her 40 and 50 years ago.

Carter thanks Miller for making UGA a better place for her and asks what kept her at UGA despite the early turmoil and strife. Miller considers the question and said she is thankful for everything she went through and has no regrets.

Miller responds: “You don’t have a choice to quit. You have a choice to succeed. And, you don’t just succeed, you succeed extremely well. There is a host of people coming behind you who need the wind of your wings to drag them forward. So, press, press, press toward the mark of the higher calling.”

And, fortunately for projects like the Black Alumni Oral History Project, these voices will keep moving forward.

Interviews for the UGA Black Alumni Oral History Project can be viewed by visiting  https://tinyurl.com/rzrgpgd.