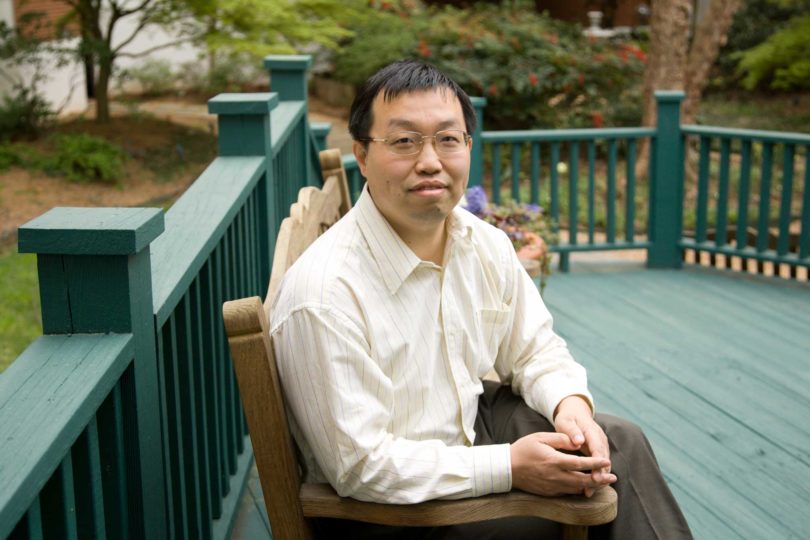 Incorporating nanostructures may lead to more efficient hydrogen production and storage, according to researchers from UGA and the University of California, Santa Cruz who have secured $1.35 million in grants from the U.S. Department of Energy to work on clean energy technologies. Yiping Zhao, assistant professor in the physics and astronomy department, is the principal investigator on the hydrogen storage aspect of the multi-institution project.

The grants cover two distinct projects based on nanoscale materials on which the researchers will collaborate; one is for generating a solar cell device to produce hydrogen and one is using nanomaterials to safely store the hydrogen. Both projects are dependent on the materials to be designed and fabricated by Zhao, which will then be characterized and tested by Jin Zhang at UCSC. Also involved are Mathew D. McCluskey from Washington State University for the hydrogen storage project and Wei Chen from Nomadics Inc. in the hydrogen generation project.

The grants are among 70 hydrogen research projects funded through a $64 million DOE initiative aimed at making vehicles powered by hydrogen fuel cells available, practical and affordable to American consumers by 2020. Generating hydrogen from solar energy would completely bypass fossil fuels as an energy source, but significant technological barriers stand in the way.

For example, about four kilograms of compressed hydrogen is needed to drive an automobile 300 miles. The present state of the technology would require a large volume, equal to about a 50-gallon drum, of the volatile element to be stored in a vehicle for use. Zhao is confident of reducing this volume by using nanostructures as a storage mechanism.

“Nanostructures are important in hydrogen storage because you have a higher surface area,” says Zhao. “But what really sets this process apart is the nanofabrication techniques -we can design better structures and incorporate more complex materials, which is vital if this technology is to move forward.”

Research on materials and generating hydrogen from solar cells will focus on ways to mass produce these technologies for a consumer market. How hydrogen interacts with nanostructures, its diffusion and temperature thresholds on the scale of a billionth of a meter hold the key for wider application.

“The one thing that we see on the hydrogen fuel front is the government funding agencies beginning to work in concert with many of our more innovative thinkers and engineers,” says Dale Threadgill, director of the UGA Faculty of Engineering, which houses a laboratory dedicated to nanoscale fabrication. “Dr. Zhao certainly counts among these nationally.”

“With these two projects, with the potential to turn water into hydrogen using solar energy and then burn the hydrogen into water as a fuel, we can have an inexhaustible source of clean energy,” says Zhao.