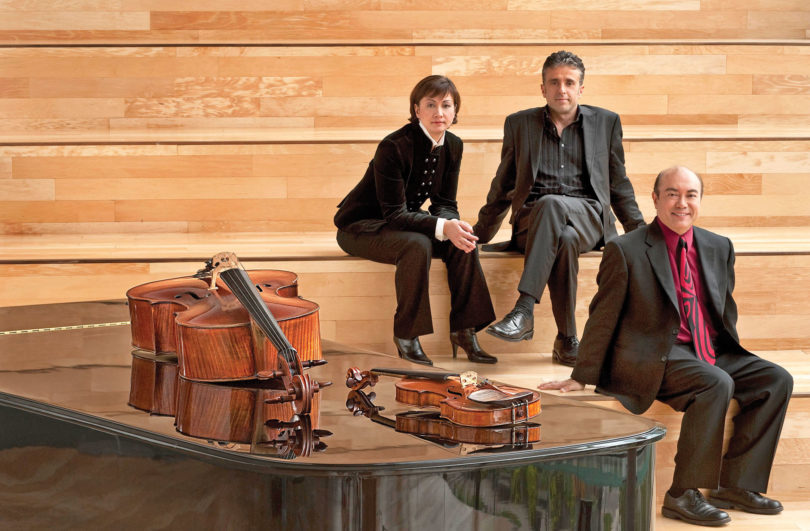 The Gryphon Trio celebrated its 20th anniversary in 2013. The group has been ensemble-in-residence at Music Toronto for eight years and tours regularly throughout North America and Europe. The ensemble’s extensive discography encompasses works by Haydn, Mozart, Beethoven, Schubert, Mendelssohn, Dvorák, Lalo, Shostakovich and Piazzolla. Its groundbreaking 2004 release Canadian Premieres, showcasing new works by leading Canadian composers, won the Juno Award from the Canadian Academy of Recording Arts and Sciences. The Gryphon’s 2011 Beethoven recording also was honored with a Juno Award.

Canadian bass Robert Pomakov has been a prizewinner in many of the world’s premier singing competitions, including the Queen Elizabeth Competition in Belgium, the Belvedere Competition in Vienna, the Oratorio Society of New York’s Solo Competition, the Canadian Music Competition and Plácido Domingo’s Operalia. In 2006, he was decorated with the Simeon, the First Honorary Medal from the Ministry of Culture of the Republic of Bulgaria. He has appeared in leading roles with the Canadian Opera Company, San Francisco Opera, New York’s Metropolitan Opera, Houston Grand Opera, the Los Angeles Opera and the Theatre Royale de la Monnaie in Brussels.

Tickets for the Gryphon Trio concert are $35 with special discounts for UGA students. Tickets can be purchased at the Performing Arts Center box office, online at pac.uga.edu or by calling 706-542-4400.