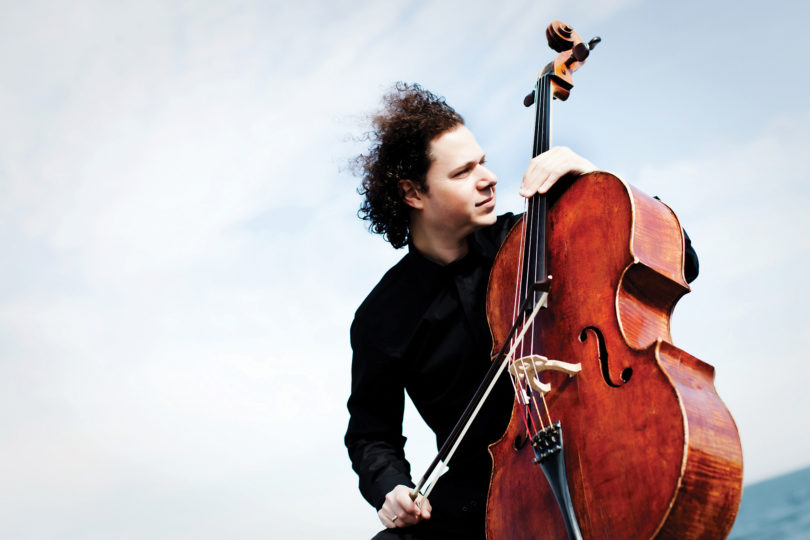 UGA Presents is bringing cellist Matt Haimovitz to Athens to perform Bach’s complete suites for unaccompanied cello in a two-day event he calls “Bach Suites: A Moveable Feast.” On April 3 and 4, Haimovitz will perform pop-up concerts in locations around Athens, culminating in a Hodgson Concert Hall performance on April 4 at 7:30 p.m.

For his Moveable Feast, Haimovitz has commissioned preludes from contemporary composers to accompany each of Bach’s suites. The April 4 Hodgson Hall concert will feature Bach’s Suite I with prelude by Philip Glass, Suite III with prelude by Vijay Iyer and Suite VI with prelude by Luna Pearl Woolf.

Haimovitz has been praised by The New Yorker as a “remarkable virtuoso” and by The New York Times as a “ferociously talented cellist who brings his megawatt sound and uncommon expressive gifts to a vast variety of styles.”

Tickets for the Hodgson Hall concert start at $25 and can be purchased at the Performing Arts Center box office, online at pac.uga.edu or by calling 706-542-4400. A limited number of discounted tickets are available to current UGA students for $6 and $10 with a valid UGA ID (limit one ticket per student).

The concert will be recorded for broadcast on American Public Media’s Performance Today, the most popular classical music program in the U.S.

A pre-performance talk will be given by David Starkweather, professor of cello in the Hugh Hodgson School of Music. The talk begins at 6:45 p.m. in Ramsey Concert Hall.